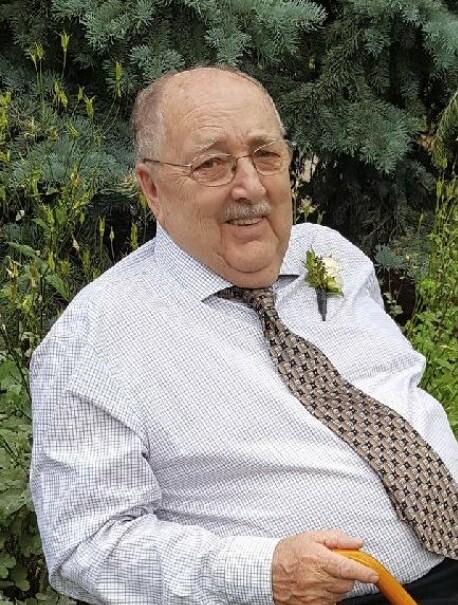 The family of Robert “Bob” Ernest Kerr sadly announces his passing on May 17, 2022 at St. Paul’s Hospital Palliative Unit in Saskatoon, SK. at the age of 83.

Bob was born in Landis, SK. and raised in Kelfield, SK. He married in 1959 to Caroline (Kraus) and they raised four daughters. Bob and his family lived in Marengo, Saskatoon, Rosthern and Hudson Bay, Saskatchewan. Bob was self-employed as an Esso Agent and later operated a Turbo Gas Station. Later in life Bob remarried to Terry (Kane) where they enjoyed living in the Okanagan around Kelowna. He worked at Cominco Polaris Mine in the NWT for 9 years prior to retiring. Bob returned to Hudson Bay for two years and then to Saskatoon.

Bob was involved with the Chamber of Commerce and Rotary Club for many years. He especially loved family gatherings. He enjoyed golfing, curling, hunting, camping, fishing, collecting coins and traveling. He also enjoyed cooking, and it was a tradition for him to make a Swedish dish passed down from his mom. He loved playing card games, especially crib.

Bob’s hobby was working with stained glass. He created many garden stepping-stones, tables and angels which his girls cherish.

In lieu of flowers, donations may be made in Bob’s memory to either Palliative Care at St. Paul’s Hospital (1702 20th Street Saskatoon, SK  S7M 0Z9) or to Canadian Cancer Society at support.cancer.ca