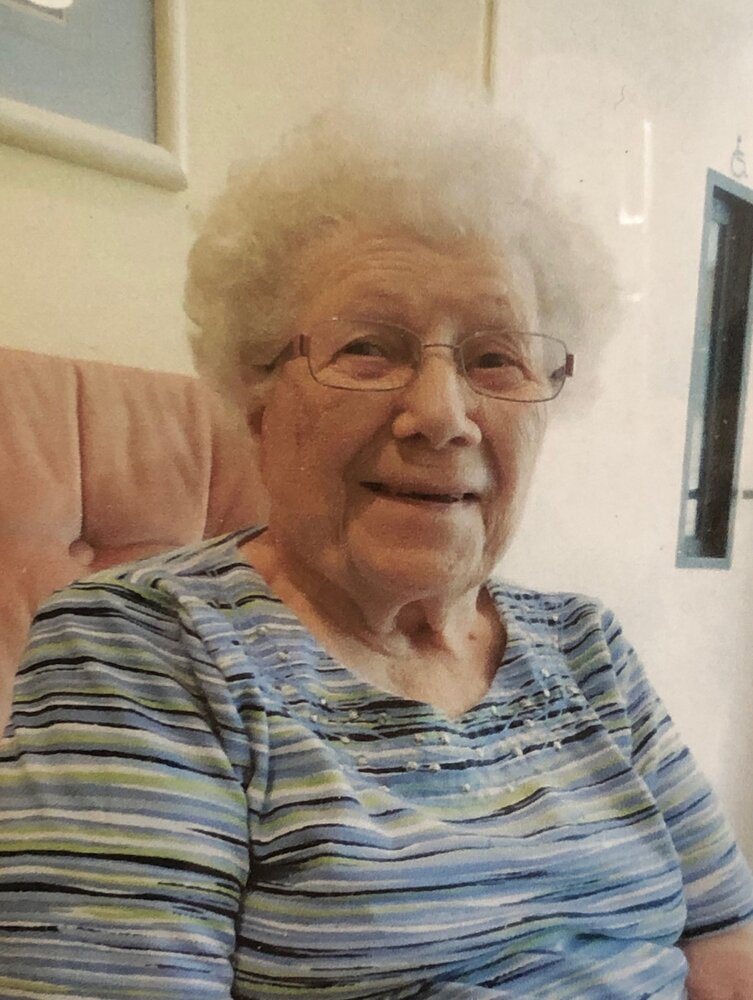 With deep sadness, the family of Beryl Hitchcock announces her sudden passing on Tuesday, May 17, 2022 at the age of 94. Mom was born in Saskatoon on December 22, 1927 and lived in various parts of the city her entire life including the Montgomery neighbourhood from 1966 to 2010. Mom was the oldest of three daughters born to Andrew and Electa Buchanan. She attended Mayfair and Caswell schools and Bedford Road Collegiate.

Mom was predeceased by her first husband, Fred Morrison and her second husband, Howard Hitchcock; her two sisters and brother-in-laws, Shirley (Bill) Rayner and Evelyn (Garland) Olson; and her children Dave, Doug and Barb Morrison. Mom also lost special friends, Daisy Spurgeon, Mary Cone and Betty Crawford over the last couple of years along with several other family members.

Mom's first job was at Lehrer's Department Store, then later on Inclination Cigar Store in Midtown Plaza and finally, University Hospital retiring after 15 years in the Central Supply Department.

Special places in Mom's heart are Chitek Lake, where the family went when the kids were small; Pike Lake, at the Navy Reserves cabin for a couple of weeks in the summer and Meeting Lake, where Howard and Mom built a cabin for their retirement years.

The family would like to thank the staff at Prairie Springs Care Home for the care she received while residing there for over four years. Special thanks to Laura, Rose, Apple, Edna and the other aides who assisted Mom.

As per Mom's wishes, a graveside service will held later this summer, the date yet to be announced. If you want to remember Mom, you could donate to the Heart and Stroke Foundation or to your favourite charity.

Share Your Memory of
Beryl
Upload Your Memory View All Memories
Be the first to upload a memory!
Share A Memory