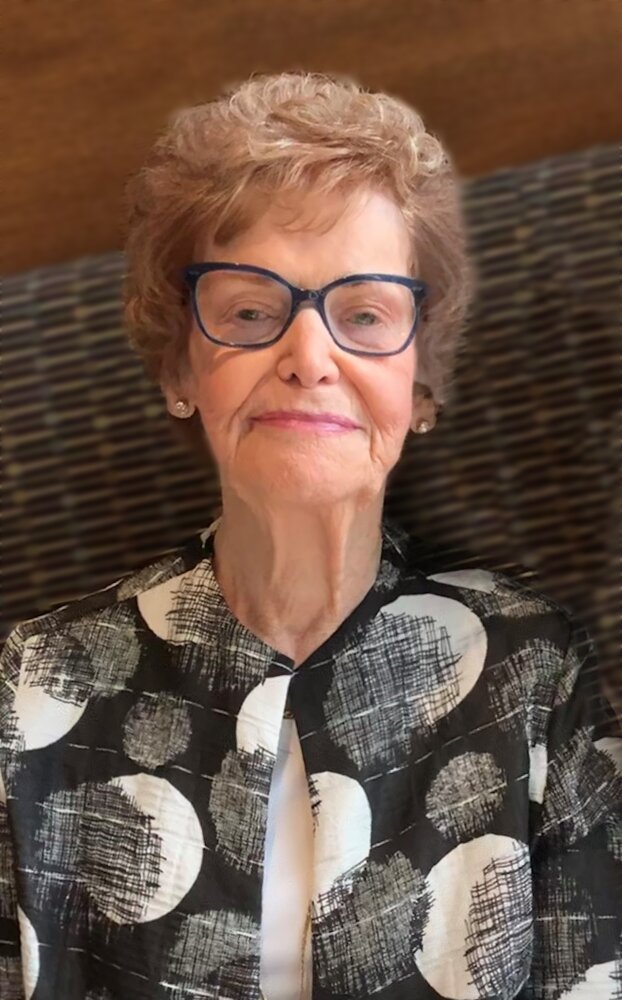 Obituary of Barbara May McKechnie

It is with a heavy heart, we announce the passing of our beloved mother, Barbara McKechnie (nee Motion), 86 years old, on May 17, 2022, in Calgary, Alberta.  She died peacefully with her son and daughter by her side.

Barbara was born in Nipawin, SK in June 1935.  She was the middle of three children born to Tom and Bessie Motion.  The family lived on a homestead in Orley, SK, across the road from Motion School, which was named after her family.

During WWII, her father went overseas and had the family move to Chilliwack to live with and care for his mother.  When he returned, he moved the family to Smiley, SK where her father worked in the oil field.  While living there, Barbara worked at Skinners General Store. Her mother cooked meals for the oil workers and one of those workers, Ian McKechnie, became her husband for 58 years.

Barbara and Ian moved to Saskatoon in 1960 where they raised their two children, Tim and Shelley.  Barbara was a stay-at-home mom while her kids were small.  She decided to get back into the work force, once her kids could stay at home by themselves, and started as an Avon Representative. She then tried other things and worked at Sears; Ricki’s as the Asst Manager in Wildwood and Manager in Confederation Park; Ida’s Ladies Wear and lastly, Designer Discount where she made many lifelong friends.  After she retired, her and Ian made many trips to Calgary to see their children and grandchildren.

Barbara was a caring and loving wife and mother, a wonderful cook, an avid reader, a friend to many and loved giving her flower pots a lot of attention in the summer which was evident when the flowers were flowing over the edges. She loved walking for exercise and met a wonderful group of friends while walking at the Soccer Centre in Saskatoon.  She had a great sense of humour and the common comment from her friends was, “we always had a lot of laughs”.
Her family meant everything to her and getting to know her first great-grandchild, gave her so much joy.  She was always there for us when we were sick or needed her.

After Ian passed away, she moved to the Sierras of Erindale and absolutely loved her 5 years there and the friendships she made.

A Celebration of Life will be held in at Saskatoon Funeral Home on Friday September 23, 2022 at 10:30 a.m. with luncheon to follow.