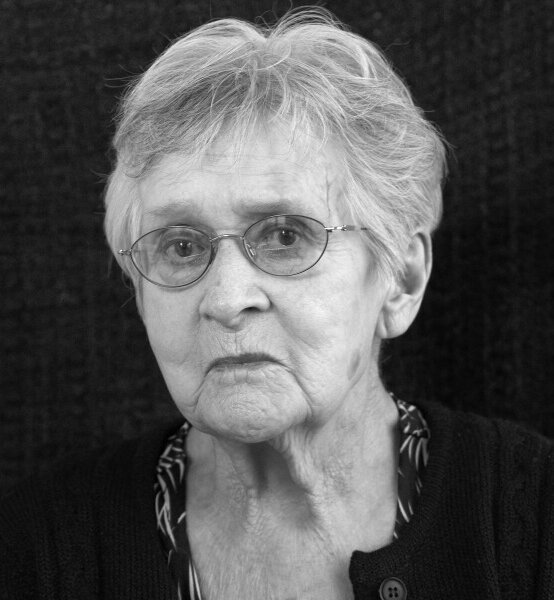 Irene Harriet Balcaen (née Cronk) died in the early hours of June 3rd, 2022, a full 102 years after her birth March 18, 1920 in Pelly, Saskatchewan to John Cronk and Harriet Linklater, one of 11 children.

After Bert’s death, Irene lived in several places in Western Canada, but she always returned to Saskatoon. After her last return in 2007 from 100 Mile House BC, she lived with her daughters Jean & Shirley, caring for Shirley until her passing in 2009, then for 10 years with Jean. She spent her last two years in Veteran’s Village at Sherbrooke Community Centre, Saskatoon. Many thanks for the remarkable care and respect from the fine people there.

Irene faced life’s opportunities and challenges with the same “let’s get on with it” attitude. Her generosity, care and help extended to many friends new and old throughout her life. Helping people along their way was Mom’s main pastime the last 40 or so years of her life. But she brought more than just help, it was the fabric of community, that you matter, that I matter, that she cares.

We were well cared for growing up and her love and acceptance of us never wavered. Irene never indulged in either excessive sadness or celebration. She was a natural stoic. Her Butter Tarts were simply the best any of us have ever tasted.

Irene’s ashes will be interred in Woodland Cemetery, Saskatoon, Military section, beside Albert Balcaen. No one, including Mom, knew this until we were making plans for Mom’s interment, but when arranging for his own death Dad took the plot next to his for her - a last loving gift finally received after 57 years.

Date of interment and a celebration of life will follow.  Please contact David Balcaen at tacheeda75@icloud.com or call at 613-805-4676 for more information.

Share Your Memory of
Irene
Upload Your Memory View All Memories
Be the first to upload a memory!
Share A Memory