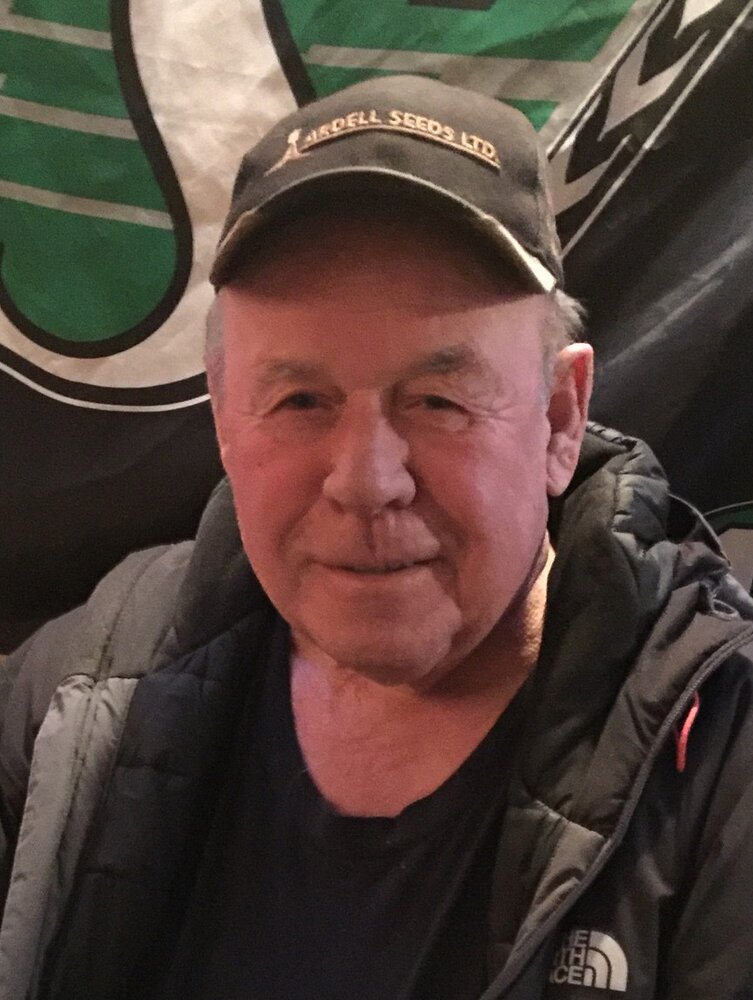 It is with heavy hearts that the family of Robert Barry Baldwin, announce his sudden passing on Friday June 3rd, 2022 at the age of 80 in Bradwell, Saskatchewan where he resided on the home farm. A loving son, brother, husband, nephew, uncle and friend to many, his presence will be sadly missed by all.

Barry was born on Aug 15th, 1941 to Buck and Phyllis Baldwin of Blucher Saskatchewan. Upon completing his education Barry went on to work at Boundary Dam in Outlook Saskatchewan, followed by the R.M. of Blucher and for many years thereafter, at the Allan Potash Mine. In 1972, upon his father’s passing, Barry took over the family farm where he resided till his passing.

Having been born into a curling family, Barry developed a passion for the sport. His father, Buck could be found at many a curling spiel throughout Bradwell and surrounding areas. His mother Phyllis, was a provincial champion who went on to represent Saskatchewan in the western Canadians. His sister Carol won the western Canadian university curling championship and of course, his uncle Matt who become a three time Briar champion. Barry found great inspiration from his families curling success and spent many years curling with his brother-in-law Russ Lindberg in the Saskatoon Super-league.

Barry married the love of his life, Carol Maxine Dawson on April 19, 1965. They spent 47 beautiful years together growing and expanding the family farm, before her sudden passing Nov, 2012.

The family wishes to extend their heartfelt gratitude to Hank Ukrainetz and the staff at Hank’s Tavern in Bradwell for always welcoming Barry with a smile and sense of belonging. The friendship and care for his personal well being meant the world to him.

A Celebration of Life for Barry will be held on Wednesday, July 20, 2022 at Saskatoon Funeral Home beginning at 1:00 pm . Interment will follow at the family plot at the Bradwell Cemetery.