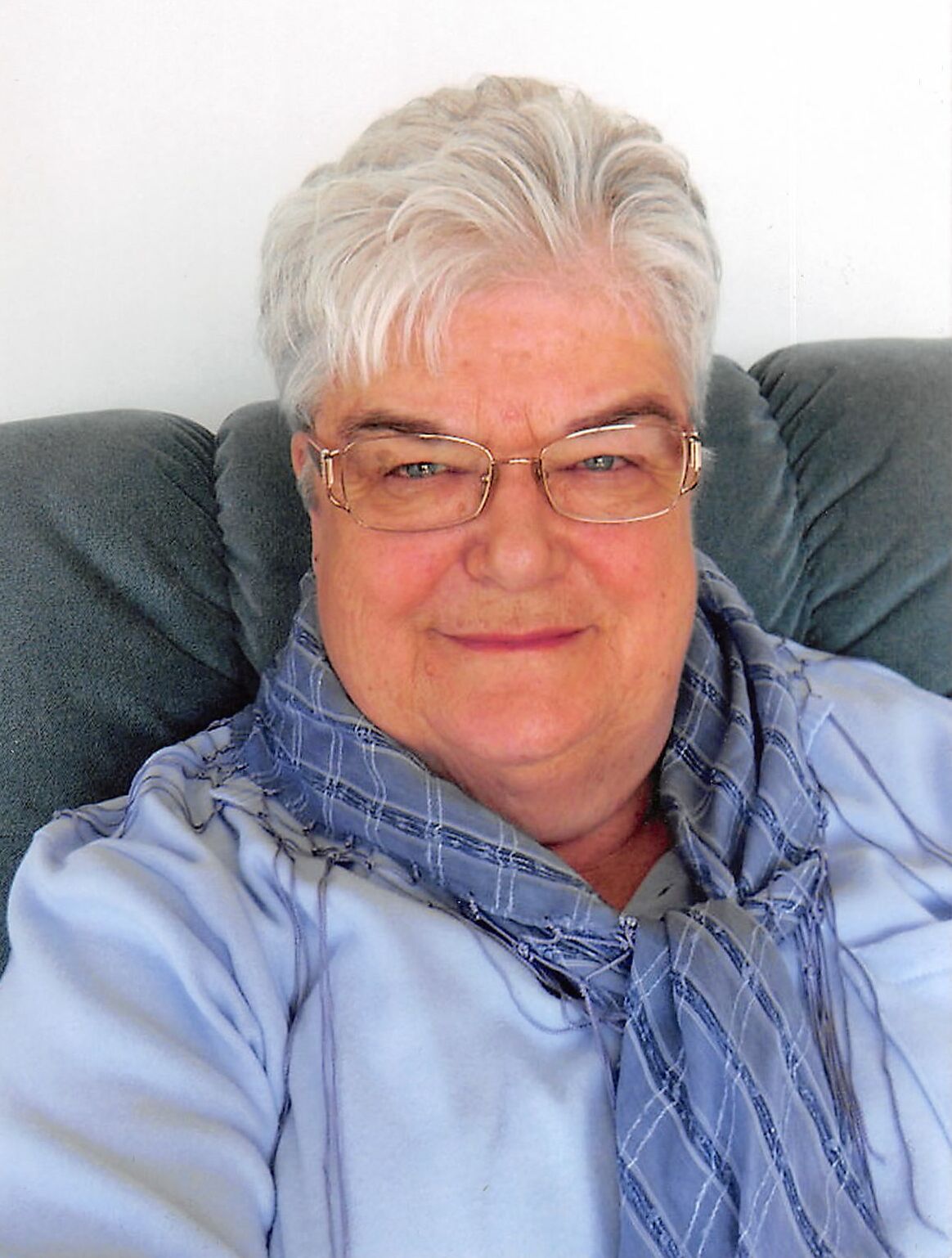 This service will be livestreamed and can be accessed by

clicking on this link https://youtu.be/rUMm8uamFng.

Our loved one, Marikay Falby, was received into God’s loving embrace on Monday morning, June 20, 2022. After a five-month long illness, she passed away at Glengarda Hospice at the age of 83.

Daughter of Merle and Helen Falby, Marikay was born in Saskatoon on December 10, 1938.  After attending Sion Academy for twelve years, she pursued university studies while working full-time in the Murray Memorial Library.  She also worked as a cub reporter for the Saskatoon Star Phoenix where her father had been employed.  She was instrumental in setting up the new STM library and in amalgamating the libraries of St. Paul’s High School and Sion Academy into the new E.D. Feehan library.  At the age of 23, she joined the Catholic Church in which she was very active throughout her life.

Employed by the Saskatoon Catholic School Board, she served many generations of students as librarian at E.D.Feehan and Holy Cross High Schools, always with a compassionate heart for the troubled and disadvantaged students.  For many years she directed a choral group known as “The Sands of Time”.  After being granted a year’s leave for setting up a communications network for the Oblates of Northern Saskatchewan and Keewatin, she returned to the Catholic Division where she worked in public relations. For many years, she also served as the Diocesan editor for the Prairie Messenger, worked as a reporter for the Star-Phoenix, wrote articles for library journals and published works of fiction.

Marikay was involved with various organizations. Outgoing in nature, she exuded energy, joy and enthusiasm. She served as lector and choir member in St. Paul’s Parish, served on the boards of Friendship Inn, Light of the Prairies and L’Arche and was an active member of the Sion Alumnae Association.   Drawn by Benedictine spirituality with its emphasis on hospitality, scholarship and liturgy of the hours, she became an Oblate of St. Benedict and faithfully took part in “Oblate Days” at Muenster.  A longtime member of SSCL (Saskatoon Seniors Continued Learning) she served as the president for a term.  In recognition of her many accomplishments, St. Thomas More College honored her as a Distinguished Alumna in 1993.

Marikay loved life and liked to travel.  Cherishing deeply her Irish heritage, she especially enjoyed her visits to Ireland.  She also travelled by ship, bus and train to Alaska for a grand adventure. An avid photographer, she took fabulous photos and had quite an impressive collection. Marikay was the instigator and director of a lively singing group called “The Meri Misfits” that went to many senior residences to sing about aging and learning to prevent falls.

Marikay's many friends were included in outings to the theatre: Persephone, Barn Playhouse, Summer Players, and others. She was a spiritual seeker and appreciated exploring spiritual matters. One special group of seven women who called themselves “Women who run with the wolves” was especially dear to her. Her wolf name was “Shaking with Laughter”. May the heavens ring with that sound!  Leader of her “pack”, she was there for them and they were there for her. In Jackie's words “this is the circle of life”.

She will be missed by her circle of strong women friends, especially by her very special friend Jackie whom she met at Holy Cross High School. She was very grateful for the support of longtime friend Melva King, who helped her in many ways but most especially during her recent illness.  Special thanks to the nurses and staff of St Paul’s Hospital and the Hospice at Glengarda for their kind and professional care of Marikay during her final journey.

In lieu of flowers, please consider a donation to one of the following charities which were close to her heart: L’Arche Saskatoon Inc., Greater Saskatoon Catholic Schools Foundation Inc. and Saskatoon City Hospital Breast Health Centre.

The Mass of Christian Burial will be celebrated on Monday June 27th at 9:30 am at St. Paul's Co-Cathedral with Father Stefano Penna as presiding celebrant. Arrangements have been entrusted to Saskatoon Funeral Home.

Share Your Memory of
Patricia
Upload Your Memory View All Memories
Be the first to upload a memory!
Share A Memory