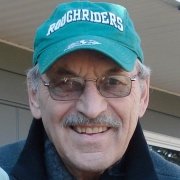 A Memorial Service will be held at Mayfair United Church, 902 - 33rd St. W., Saskatoon, at 2 p.m. on Saturday, January 9, 2016. In lieu of flowers, donations can be made to the Canadian Cancer Society at Giftforlife.ca or Palliative Care Unit of St. Paul’s Hospital through the St. Paul’s Hospital Foundation, 1702 20th St. W. Saskatoon, SK, S7M 0Z9 or online at http://www.stpaulshospital.org/foundation/index.php?page=63

Allan Limer Cunningham died on December 31, 2015, shortly after being diagnosed with cancer. Al is remembered by all as a favorite friend, uncle, brother, brother-in-law, husband and grandfather, father-in-law and father. A good man! Al will be missed especially by his four children and their spouses, nine grandchildren and one great-grandchild. Al was born in Hafford, SK on April 26, 1929, the second of seven children born to Grace and Sam Cunningham. He was raised on a farm just east of Speers, SK. After high school, Al attended the University of Saskatchewan in Saskatoon and worked for Jonsson Line Construction installing electrical service across Saskatchewan. He met Dorothy Dredge while working for Jonsson Line, they were married on July 9, 1955, bought their house in Saskatoon and started their family. Al was married to Dorothy for 48 years until her death from cancer in 2003. After Jonsson Line, Al briefly tried his hand at manufacturing hockey sticks under the name Prairieland. He then worked at PCS Cory, retiring in 1994. Al was very handy and imagined, designed, built, and repaired many things around the house and his childrens’ houses. In 1975 he started work on a cottage at Etters Beach which became a very special place for him and Dorothy, their children and grandchildren. Al made people smile and with his positive outlook, he had an impact on many over the years. He was always ready to help out family and neighbours and share his knowledge. He loved getting together for golf, a game of pool or a fishing trip. Anyone who knew Al was aware of his quick wit and good humour. Al especially liked returning to the family farm to help out with harvest. He also enjoyed heading south during the winter months. Al married Joan Holdstock in 2006. Al and Joan made many friends and had many good times in their winter destination of Palm Springs. Al is lovingly remembered and will be sadly missed by his wife, Joan, his children, Jim (Barb, Robbie and Mitchell), Susan (Leonel Philibert, Anthony and Alex), Patti (Don Montgomery, Christopher (Lucas), Tyler and Katelynn), and Rob (Lesley Hall, Molly and Ben); his siblings Stewart, Louise and Lorna; his in-laws and many nieces and nephews. Al was predeceased by his wife, Dorothy, brother Bob and sisters Evelyn and Jean. The family would like to thank the staff at St. Paul’s Hospital for their care and compassion.

Share Your Memory of
Allan
Upload Your Memory View All Memories
Be the first to upload a memory!