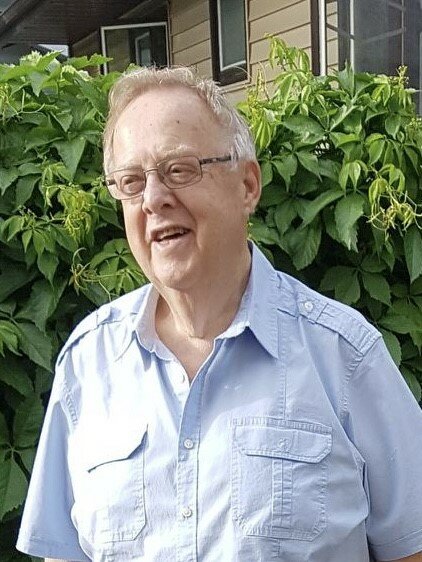 It is with profound sadness that the family announces the passing of William (Bill) Donald Scott. Bill passed away on Thursday July 21, 2022, at the age of 81 in Saskatoon, Saskatchewan. Bill’s love for his wife and family was unconditional and he will live on through his children and grandchildren. He will be greatly missed.

Bill was pre-deceased by his parents James and Rose Scott as well as his brother Tom and his half brothers and sisters Joyce, Beatrice, Lois, Don and Mervin.

Bill was born on August 23, 1940, on the family farm outside of Loverna, Saskatchewan. Bill married Shirley Ermantrout of Compeer, Alberta, on November 30, 1963. During their marriage they welcomed three children Brenda, Jim and Troy. Bill and Shirley worked, lived and did everything together hand in hand.

Prior to their move to Saskatoon in 1968, Bill had numerous job titles including working in construction, oil rigs and farming. Once they had moved to Saskatoon, Bill started his career in the petroleum field working at Prairie Oil until 1971 when he then started Western Petroleum Services until he semi-retired in 1979. In 1991 Bill and Shirley re-established Western Petroleum Services including their two sons in the business. It has remained a family business with all three children working there to this day.

Bill’s business has always been his passion. Up until the last three years, Bill worked in the shop, coming in and re-building parts among doing other things. When Bill would re-build a part, it was always done to perfection. Bill’s love for the company and his passion for the business has remained. He would still come into the shop to check in, as he was so proud of the family business that they had built.

Bill’s favorite past times and hobbies included collecting and restoring antique pumps as well as his collection of antique vehicles, including his pride and joy, his 1937 Ford Truck.

For Bill, family was always first and business a close second. He loved spending time on his back patio having a drink surrounded by Shirl, the kids and grandkids.

The family would like to send out a special thank you to the doctors, nurses, CCU and the palliative care team at RUH.

In lieu of flowers, please make donations to the Heart and Stroke Foundation or a charity of your choice.

A Celebration of Life will be held at a later date.

Share Your Memory of
William
Upload Your Memory View All Memories
Be the first to upload a memory!
Share A Memory