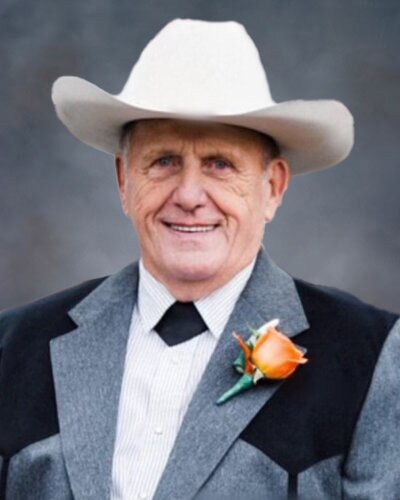 Dad farmed in Hoosier until his semi-retirement in 2002. Supporting his kids in their numerous activities: 4-H, horse shows, baseball and hockey to name a few.

He moved to Grandora where he perfected his love of the land by developing his yard. Creating a beautiful retreat with numerous trees, gardens, and birdhouses. Mom and Dad welcomed family and friends into their home. Enjoying the proximity to the numerous curling rinks and golf courses, before moving to Saskatoon in 2019.

He spent many years serving his community through the R.M of Antelope Park, including working on the Board

Heritage Manor. He worked with fellow members to build the new church for the Clearview Community Church on

Main Street in Kindersley. After moving to the acreage, he was involved with R.M. of Vanscoy, SARM and Delisle & District Fire Commission. Becoming involved with the Coronary Artery Rehabilitation Group (CARG) in Saskatoon, following his heart surgery in 2008, serving as director and past president.

Receiving the Order of Merit presented by Lynda Haverstock Former Lieutenant Governor of Saskatchewan for his volunteerism.

Active member of Alcohol Anonymous, meeting numerous friends of Dr Bob S. and Bill W. in his 49+ years of sobriety.

Predeceased by his sons Donald, Douglas and Gary, his parents Don and Babe Stevens; his in-laws: Art and Gladys Ward; Raymond, Roy, Robert Ward, and Evelyn Henderson and her children David and Beverly.

Donations to CARG and Camp Easter Seal via their websites.