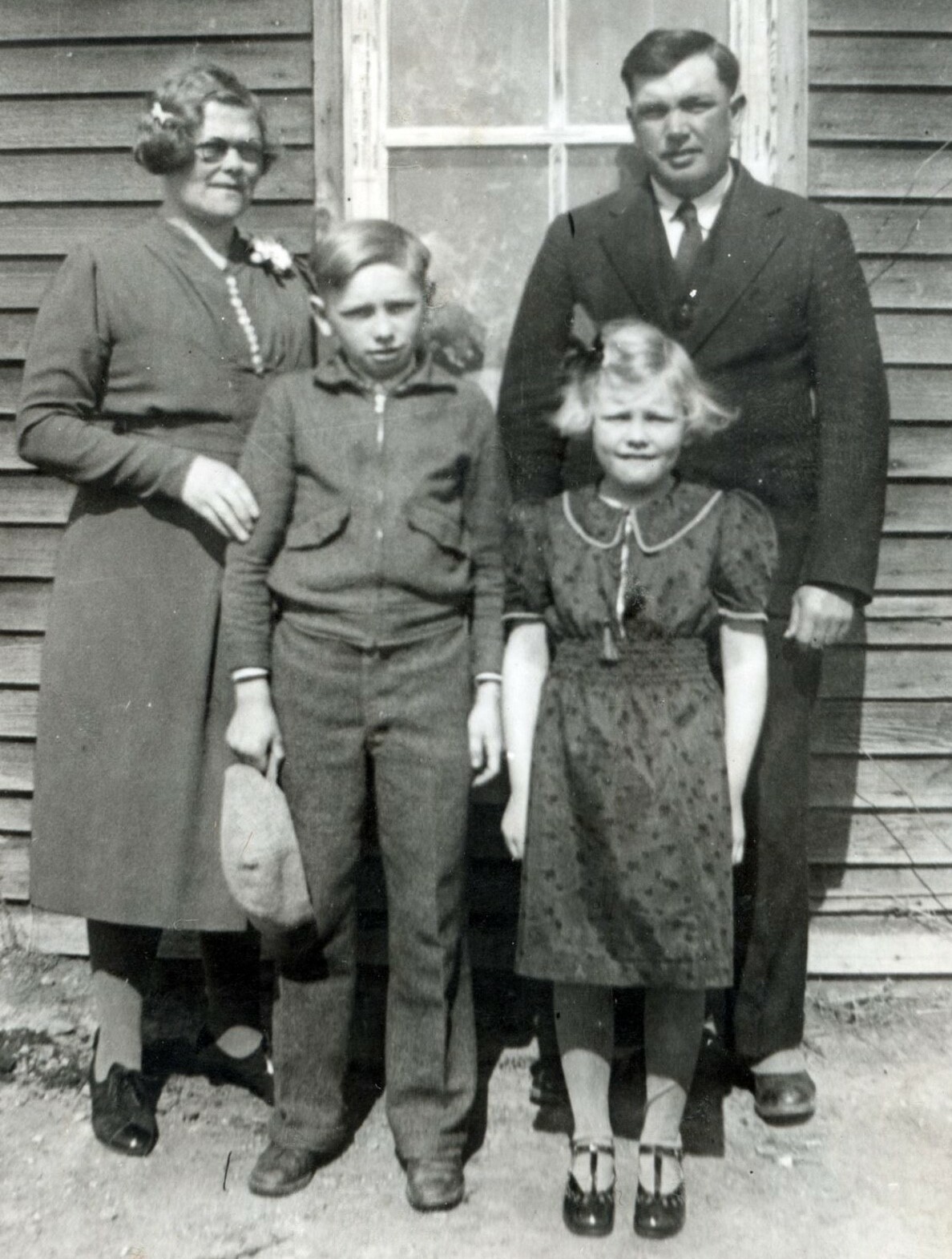 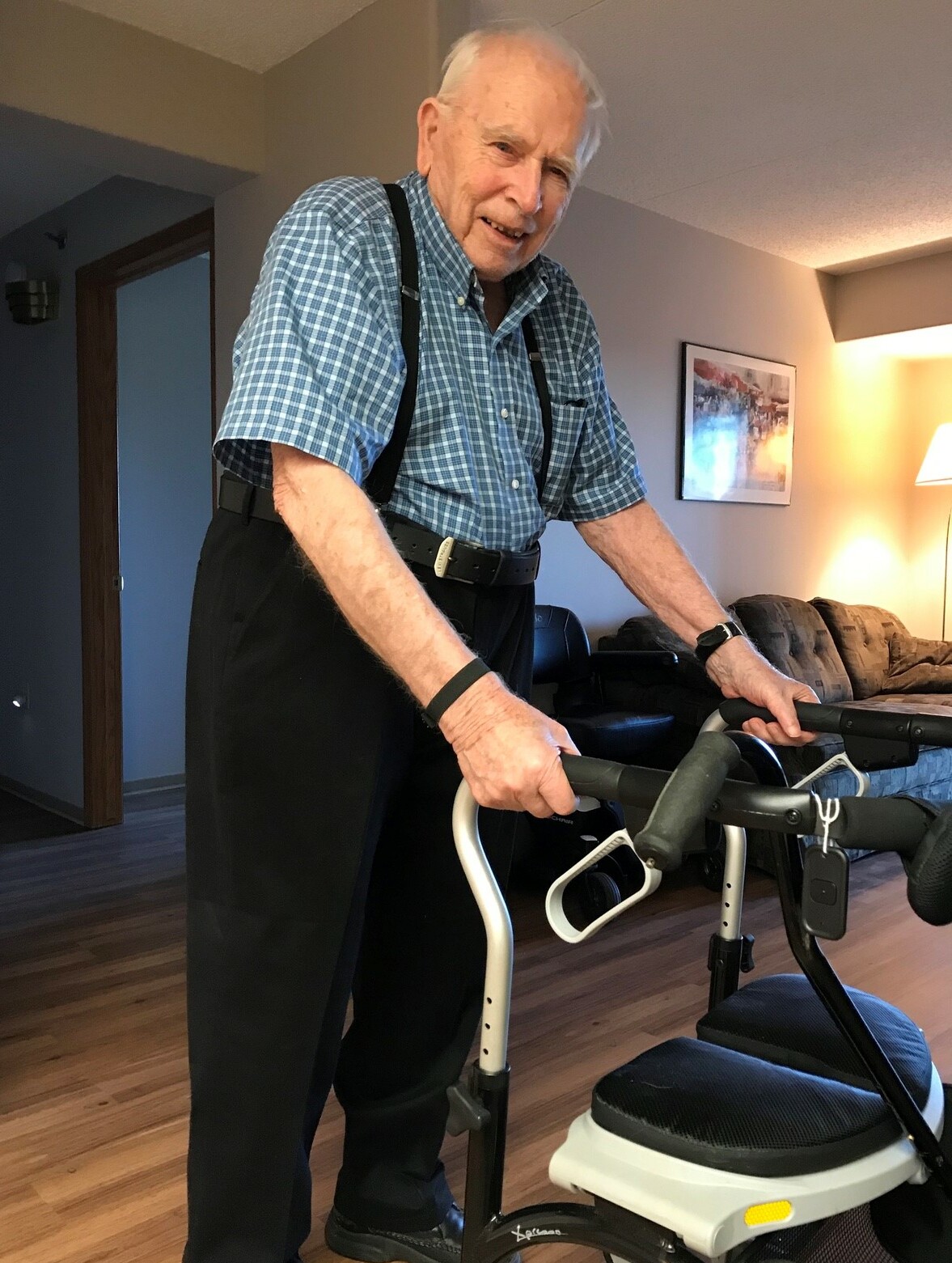 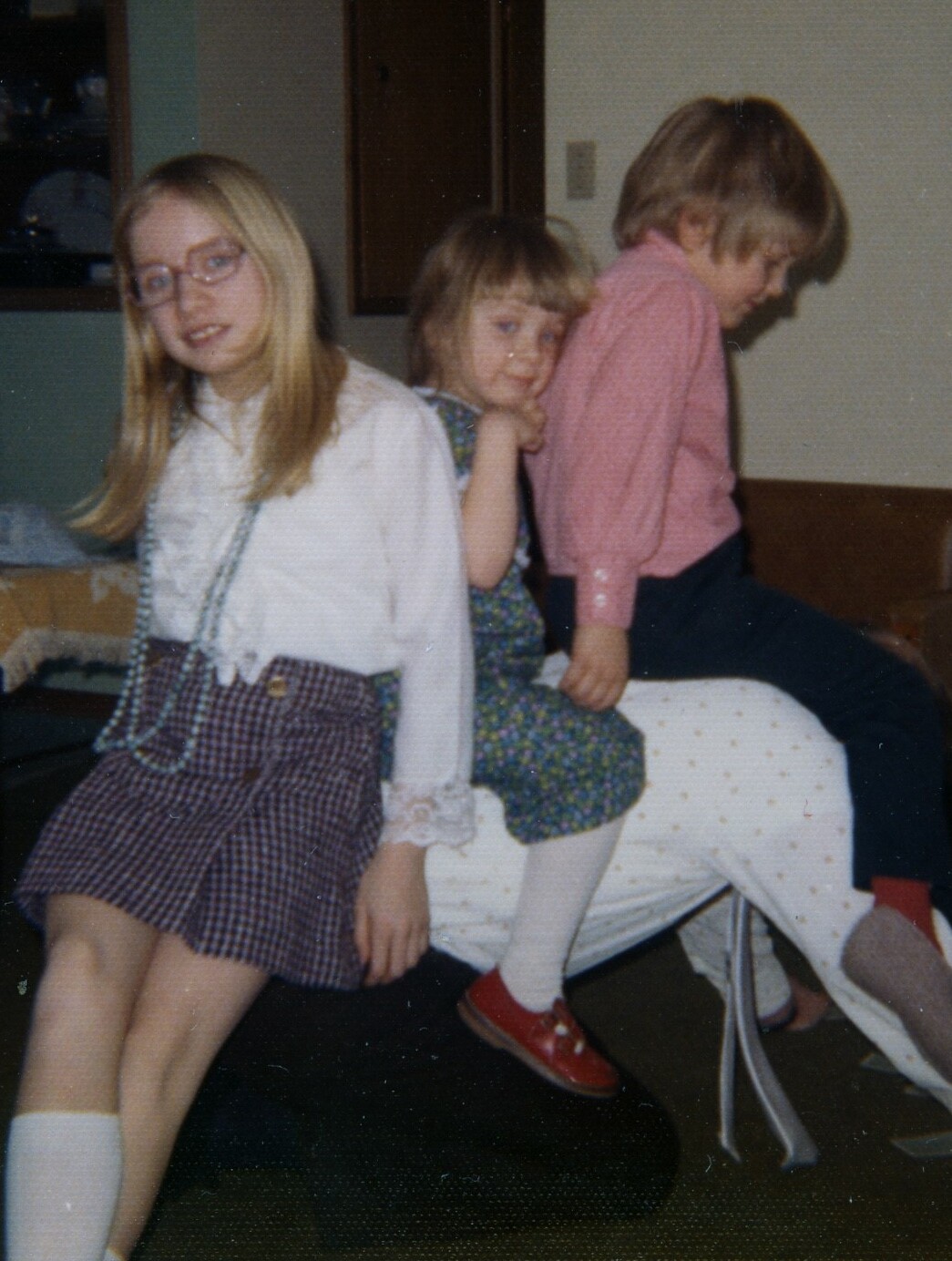 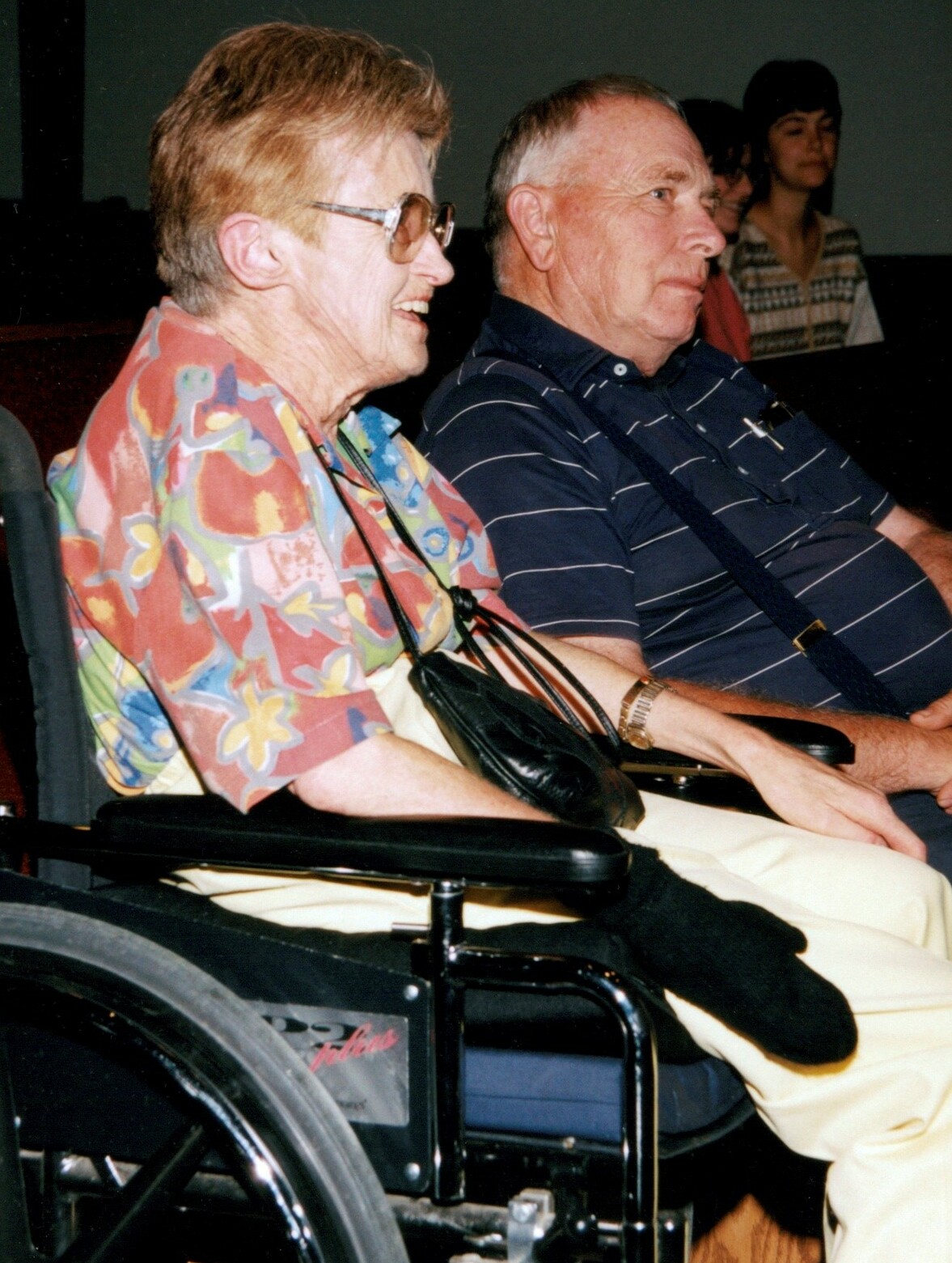 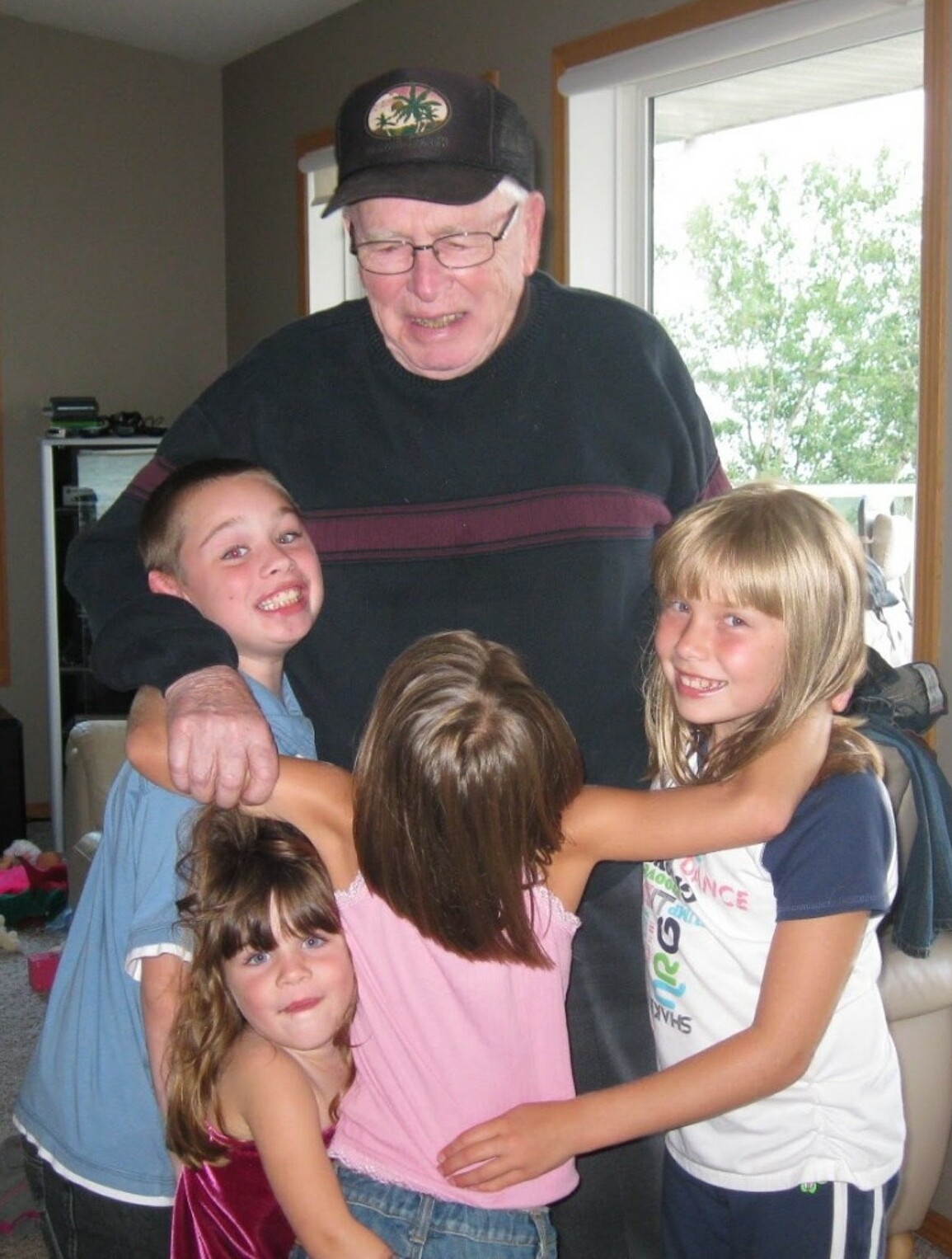 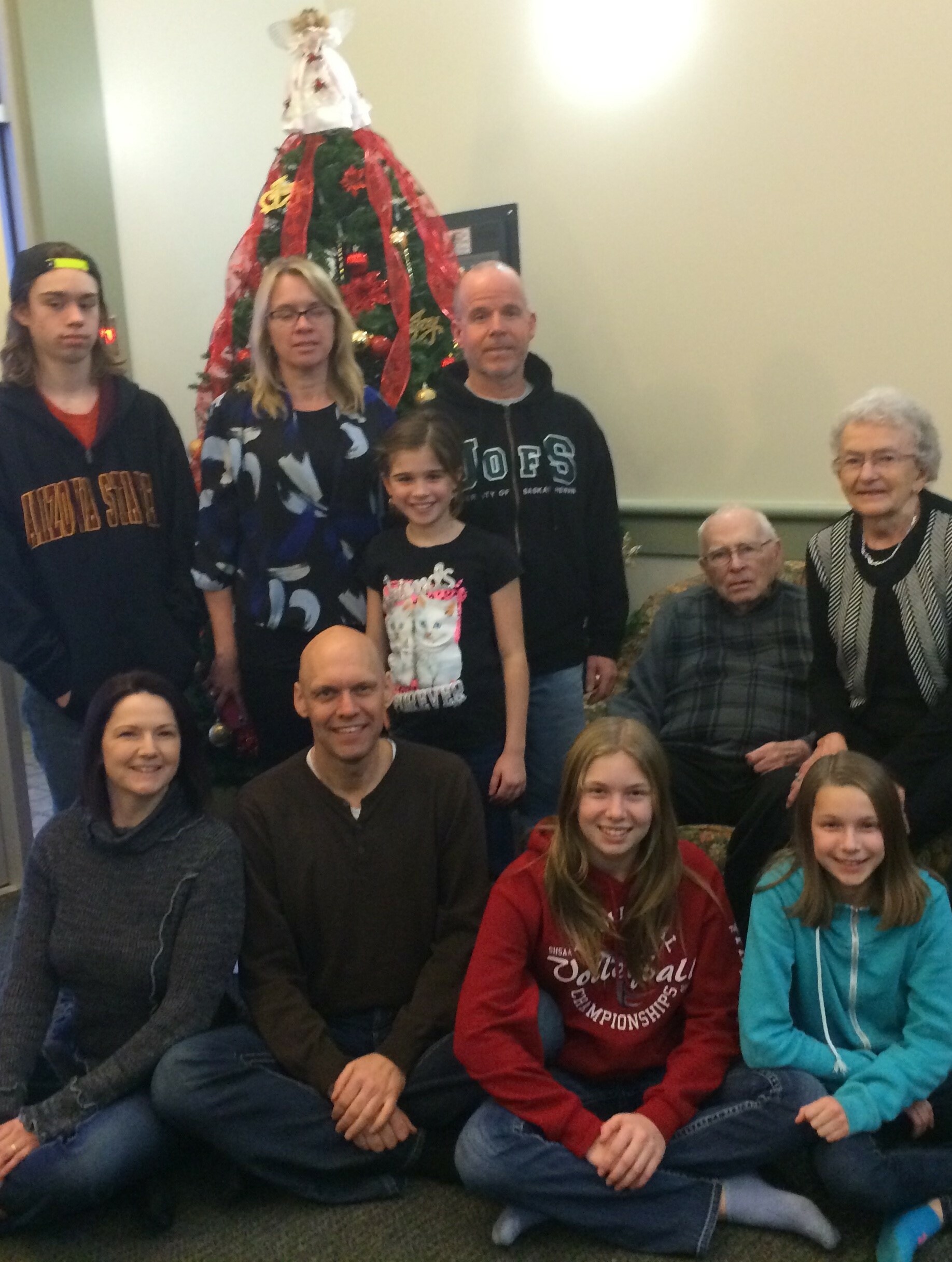 Kornelius Julius Martens was born November 26, 1928 on the farm at Fiske, SK. to Julius and Katharina (nee Zacharias) Martens.  He was joined a few years later by sister Margaret (Hugh Standard). He married Anne Thiessen (d. 1996) in 1962.  Dad had three children; Bonita (d. 1991), Grant (Angela Borne), and Janet (Tim Geissler) and four grandchildren; Robyn (Graham Forrester) and Sydney Martens; Reid and Brynn Geissler.  In 2002 he married Leola Epp. Dad went to school in Fiske, SK and also attended Rosthern Junior College and Canadian Mennonite Bible College.  Dad's primary profession was that of a grain farmer, and he was a pastor at the Fiske Mennonite Church.  Before he was married, he drove a taxi in Saskatoon and later on in his life volunteered as a driver for the cancer clinic.  He lived most of his life on the farm at Fiske and spent the last 20 years in Saskatoon. Dad enjoyed curling and playing tennis.  He was an avid sports fan, especially hockey, curling and baseball.  He loved coffee row both in Fiske and Saskatoon.  Dad was an accomplished businessman who followed the stock market but mainly enjoyed the simple things in life.  While he was most content at home, he regularly attended events in which his children and grandchildren were involved. Dad was a practical, wise man who remained philosophical until the end.  He passed away at Circle Drive Special Care Home on August 13, 2022, at the age of 93.  He will be remembered and missed by his family, friends and others whose lives he has touched. Special thank you to Bethany Villa staff for their outstanding care over the past few years and for becoming his family during COVID.  And thank you to Circle Drive Special Care Home for their care and compassion during the last six weeks of his life. In lieu of flowers, donations can be made to MCC Saskatchewan.  The memorial service and reception for dad will be on Sunday, August 21, 2022, at 10 a.m. at the Edward's Family Centre (333 - 4th Avenue North).  Parking is available across the street at Saskatoon Funeral Home.

Share Your Memory of
Kornelius
Upload Your Memory View All Memories
Be the first to upload a memory!
Share A Memory