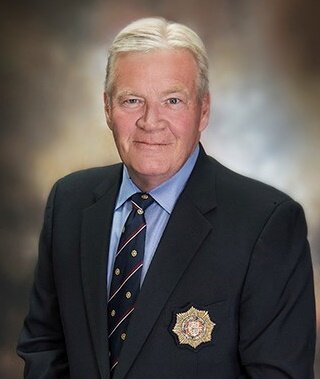 Alan W T Myers passed away peacefully on August 23rd, 2022 at home, surround by his family at the age of 71. Alan was predeceased by his parents Arnold and Elizabeth and his wife of 35 years, Cheryl. He will be lovingly remembered by his sons, Robert and Curtis, grandchildren Macy, Benjamin and Andrew, sister Lorraine, partner Andrea Kappenstein, nieces Elizabeth (Greg) and Shannon (Ryan) and nephew Brendan (Elena), as well as numerous other extended family members and friends.

Alan loved dogs, particularly Boxers and will be missed by his loyal companion Duke.  He loved his family dearly and cherished his time as a father and a grandfather. He was passionate about golf, Starbucks and time at the lake. His favourite destination was Mazatlán, and he was grateful to get to spend a week there in the spring with Andie. He was a crowd favourite in Calgary, where he frequently visited Lorraine and her children and was known to deliver one-liners that would become gospel.

Alan was well respected at Colliers International, where he worked for 25 years. He was an active member of the community, spending many years as a member of Kinsmen Club of Saskatoon and was president elect between 1985-86, receiving lifetime membership status in 1996. One of his proudest accomplishments was when he successfully petitioned the city to have Kinsmen Avenue named. Following the footsteps of his father, Alan was Chairman of the Board for the Corp Commissionaires from 2017 to 2020, and was the recipient of the Queen’s Sovereign Medal for Volunteers in 2018 for his service.

Alan was fiercely loyal, funny and the consummate gentleman. His legacy will continue to live on in those who knew and loved him. A Celebration of Life will be held at a later date.

If friends so desire memorable tributes may be made to the Cancer Foundation of Saskatchewan.

Share Your Memory of
Alan
Upload Your Memory View All Memories
Be the first to upload a memory!
Share A Memory