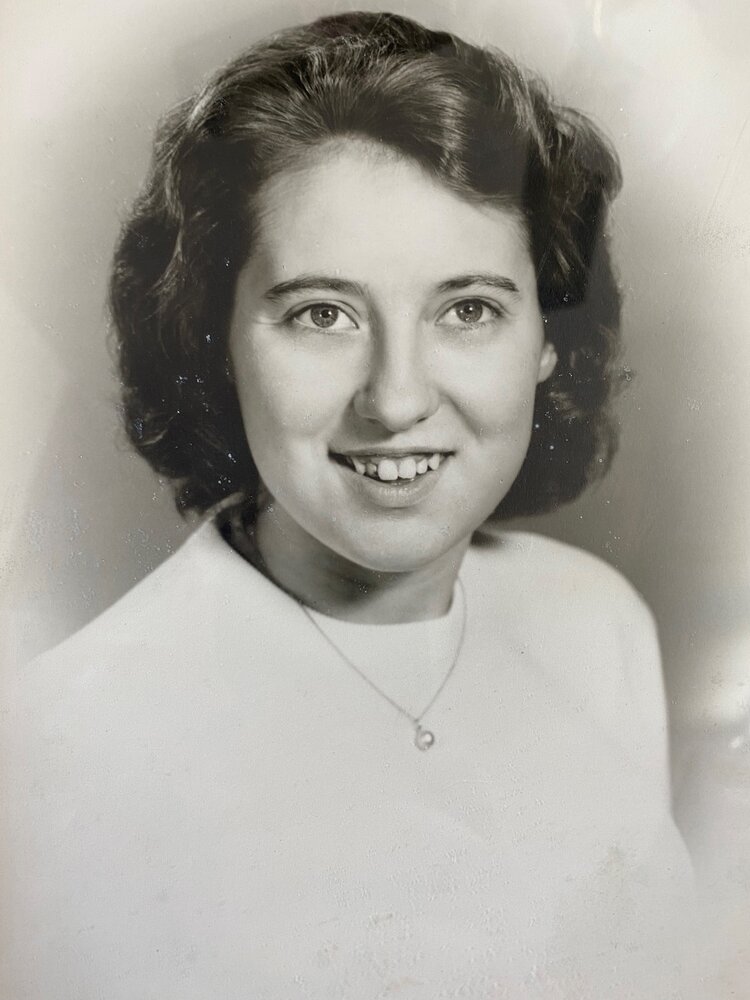 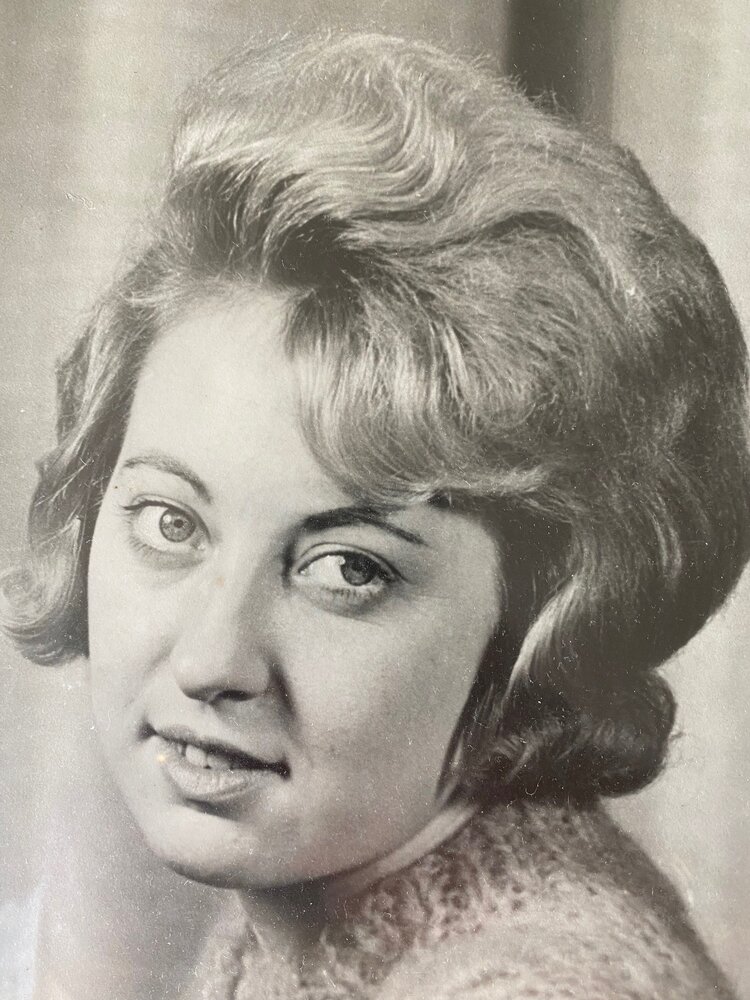 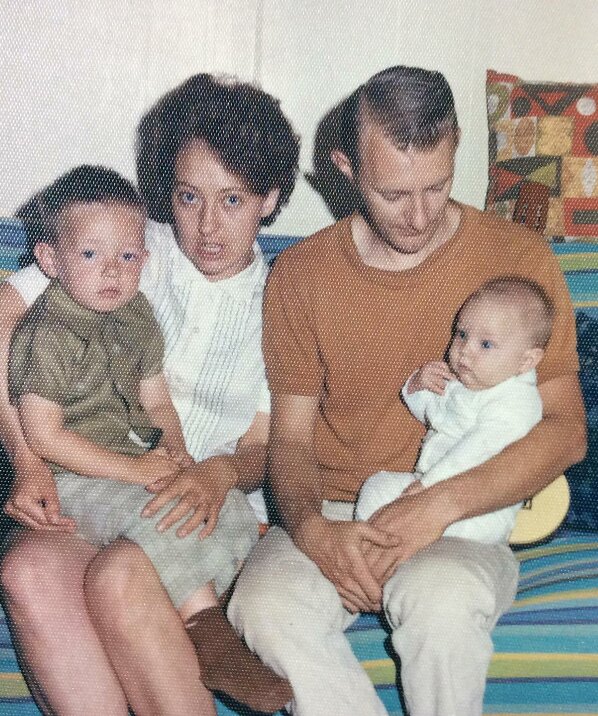 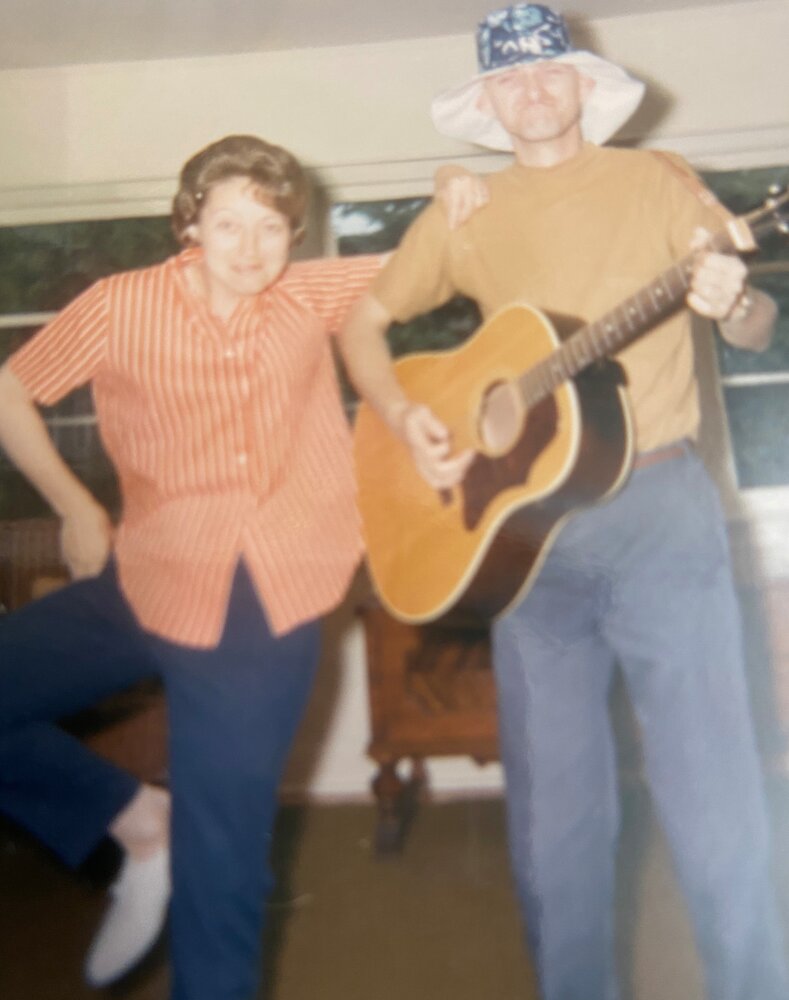 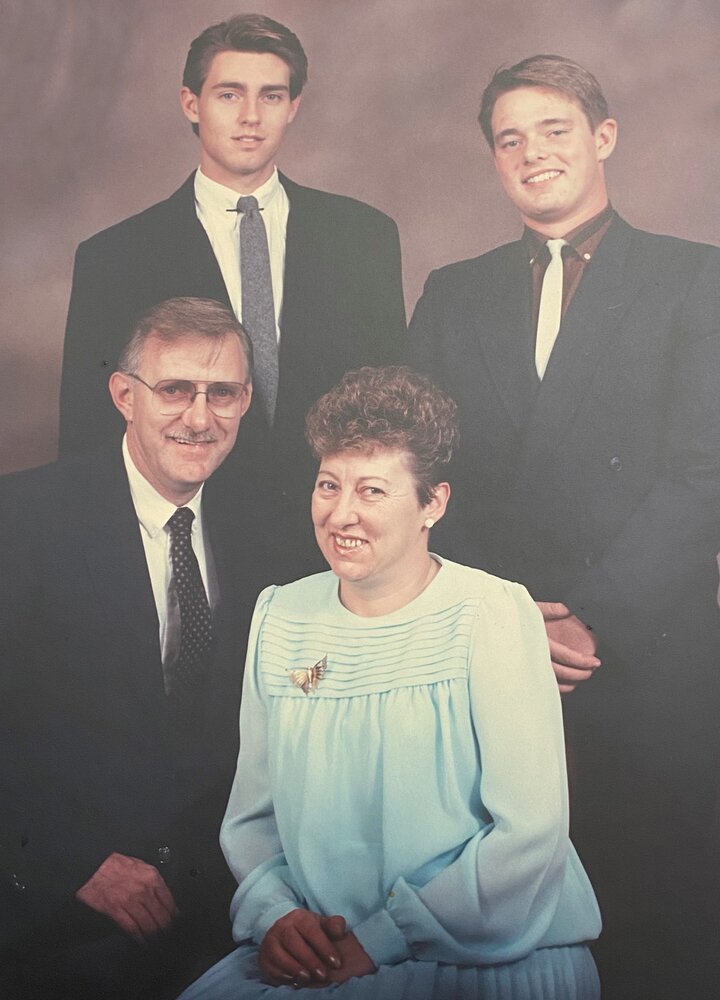 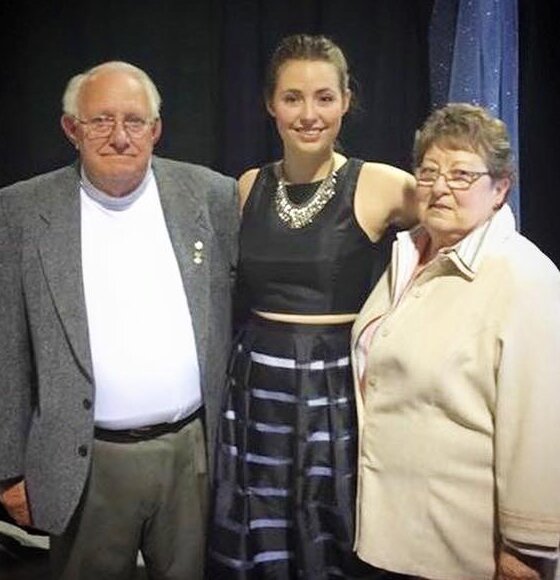 The death of the beloved wife of Bob Maguire for 57 years occurred at home from natural causes. She is survived by her loving husband two sons Rob (Anna) and Richard Maguire along with her cherished grandchildren Aislinn, Mary and William Maguire.  She is predeceased by her grandson Sean Maguire.

An only child Betty, born to Bert Crump a British RAF aircraft technician posted to CFB Moose Jaw and Violet Crump (Long) of Moose Jaw during the war at the time of the reign of King George VI, she was a devout Anglican born and raised in Moose Jaw, Saskatchewan.  Betty met her man in uniform in the Royal Canadian Air Force marrying Bob in 1965.  She lived in many places setting up home, making friends, changing careers, and she would volunteer in schools, teach Sunday School while also enjoying attending events watching Bob play music. She was overjoyed her marriage came with 11 other brothers and sister’s-in-law.  She is survived by her Maguire sibling’s by marriage: Carol (Ron), Allan (Sharon), Jimmy, Beth (Brian).

A devoted Mother raising two boys active in sports and the community she concluded her first career in the home once her children were older. She went on to work over two decades out of the home as a second career in a local Saskatoon Safeway serving customers she loved. She would often offer free smiles and sugar cookies to children passing by the bakery.

Betty was full of love, stories, and charity.  She, with ease, shared happy memories along with a rich fondness for family stories and of life growing up in Moose Jaw, SK.  She opened doors to strangers, fed the hungry and forgave when needed. Her volunteer work included St. Barnabas Anglican church and later in life Lions and Lioness clubs.  While often conflict adverse she was ferocious in defending underdogs in need and her own children.

Betty moved with her family to Alberta, New Brunswick, and Saskatchewan.  Whether enjoying a Prairies BBQ, snow sledding through the Badlands, hauling children by Greyhound to routine visits to Moose Jaw or touching base with the huge Maguire clan she married into from Ontario.

An only child she always said, “I gained 11 brothers and sisters and 11 more counting spouses”.  She was Aunt Betty to well over 50 nieces and nephews. While in New Brunswick she learned to prepare lobsters, eat poutine prepared Acadian style, used her high school French, and made use of summer savoury, sage, and fiddleheads.  She even helped a recent widow doing free infant day care as she got her business up and running after losing her husband in a tragic car accident.

Ultimately, she was happy to be Aunt Betty, Mum (to those who lost one) and the adopted aunty to others needing an aunt or surrogate Nana, until her own grandchildren arrived.  Skilled at knitting afghan blankets and shawls, sewing and doing needlepoint the odd piece was to be found in Church bazaars as a fund raiser along with donated baked goods especially butter tarts. She found joy in teaching her eldest granddaughter Aislinn a little about cooking years ago also.

Frankly, recently her health had declined and in a near death scare in 2017 she came through but in some chronic pain. Betty nonetheless would never shy away from a car trip though to Moose Jaw or swing over to Watrous. Recently, she was in Edmonton to visit dear friends Jim and Diane and granddaughter Aislinn who she coaxed away from her PhD studies to shop. She was proud of all the recent years graduations by Mary, Will and Aislinn be they earning degrees or high school diplomas.

A Graveside service will be held on Friday, September 16 at 2:00 p.m.  If attending please meet at the front gates to Woodlawn Cemetery at 1:45 p.m.

In lieu of flowers being donated in her loving memory consider donations to a local charity of your choice, church denomination of your choice, or a local: Rotary, Lions, Lioness or Kinsmen club.

Rest in peace and rise in His glory.

Share Your Memory of
Betty-Elaine
Upload Your Memory View All Memories
Be the first to upload a memory!
Share A Memory