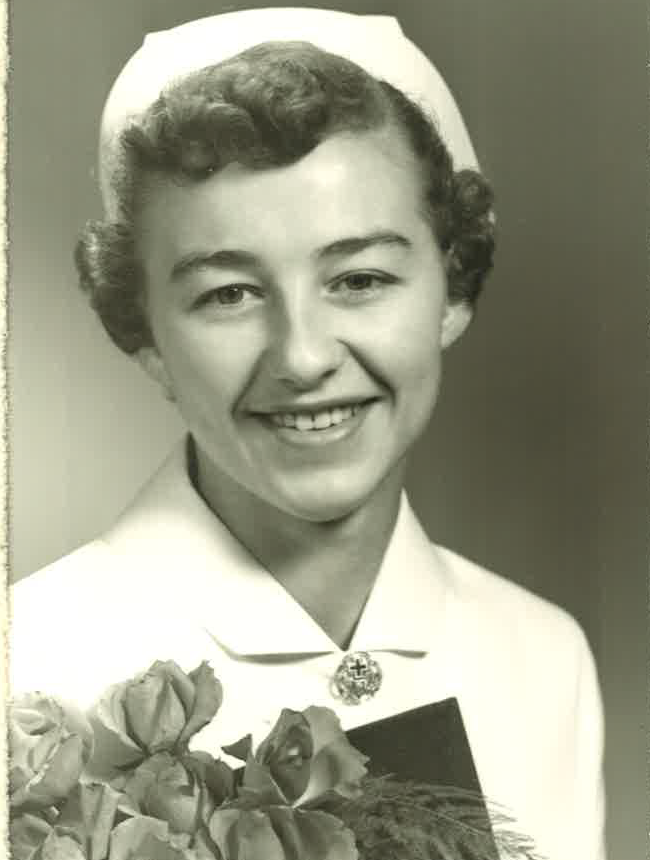 Norma was predeceased by her husband, Gordon; her brother, Ed Hayes; and her parents, Mary and William Hayes.

Following graduation at Bedford Road in Saskatoon, Norma followed her dream of becoming a nurse and attended Edmonton’s Royal Alexandra’s College’s hospital.  Her nursing career allowed for adventurous travel and to exercise compassion for others, which was apparent until the end.

Norma met the love of her life, Gordon in Uranium City, Saskatchewan.  With transfers of the RCMP, they lived in many communities in Saskatchewan and retired to Saskatoon.  Norma was always beside Gordon in their love of the outdoors and enjoyed the beauty of Northern Saskatchewan.  A proud accomplishment was the building of many memories at the family cabin in Lac La Ronge.

Our family wishes to extend our sincere thanks to Sherbrooke Community Center.

Share Your Memory of
Norma
Upload Your Memory View All Memories
Be the first to upload a memory!
Share A Memory