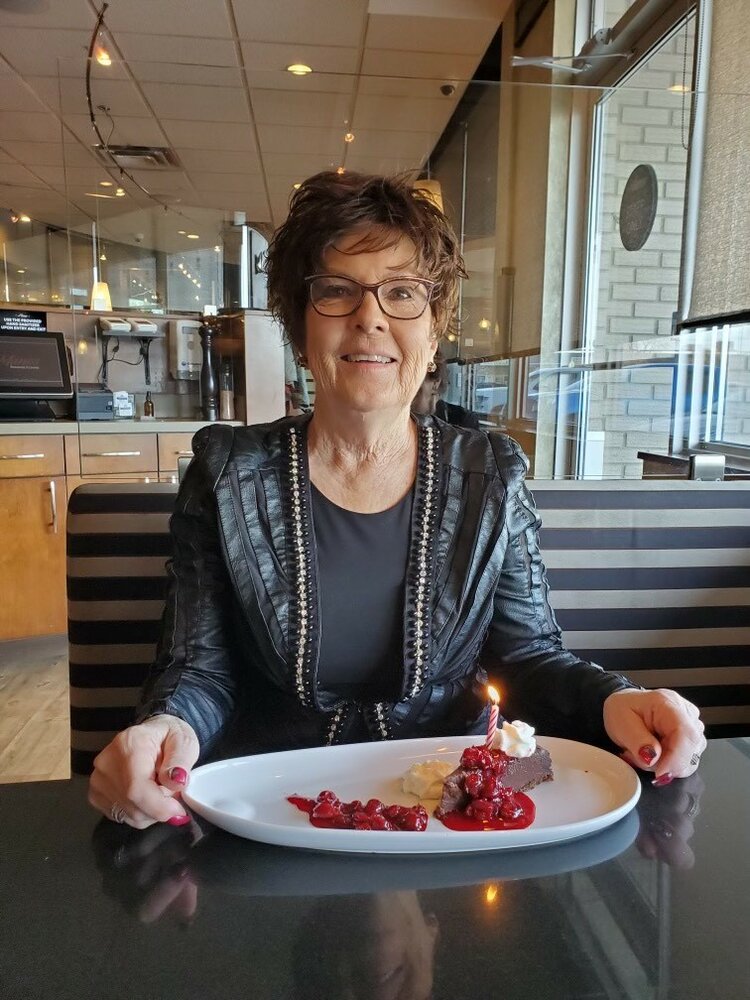 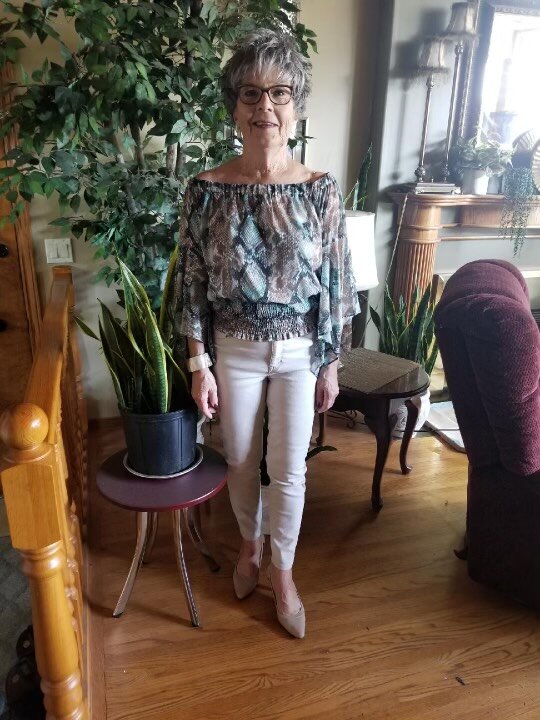 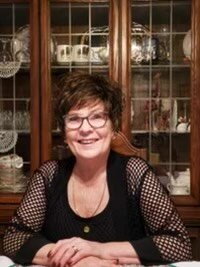 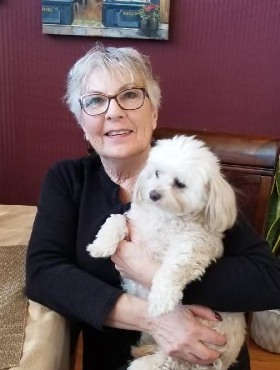 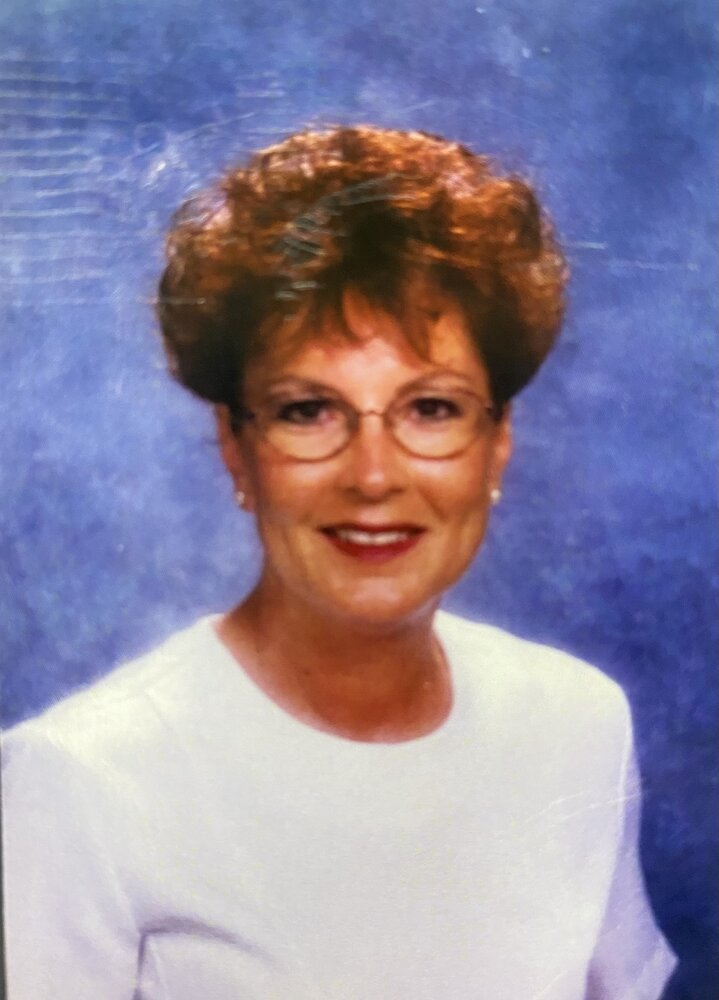 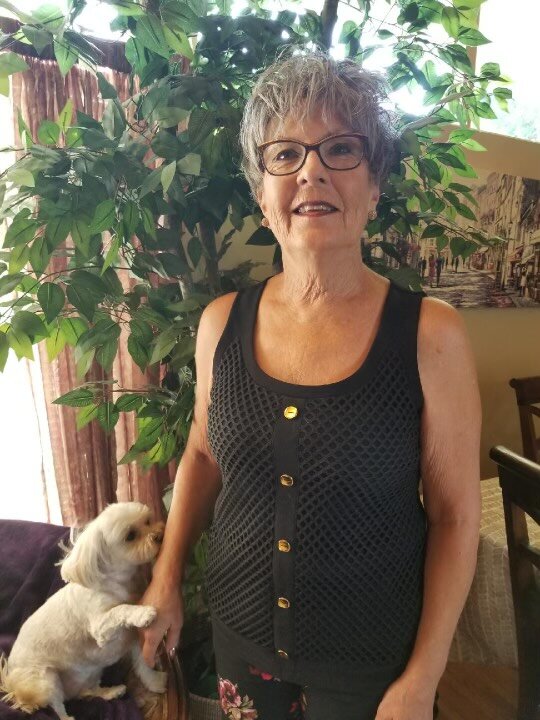 With heavy hearts the family announces the passing of Loretta Dawn Snider.  Loretta passed away peacefully on Sunday October 2, 2022 with family by her side at the Hospice at Glengarda in Saskatoon. She was 70 years of age.

Loving, spirited, hardworking, humorous, bold and extremely generous. These are just a few words that capture the essence of our mom, wife, nana, daughter, sister, aunt and friend.

Loretta was born March 3, 1952.  She was the eldest of three children born to June and Ken Young. The family lived on the farm outside of Perdue. Some fond memories were riding in the cutter to the old Dryer School for Christmas parties where Loretta and Garry would hide under the tables eating sugar cubes. Christmas was always remembered as being a magical time growing up. For hours Loretta and her brothers would play in the playhouse, having tea parties, riding their tricycles, digging in the giant snowbanks, sneaking off to the outhouse to look at the catalogues.  Their childhood dog Cindy was always by their side. They would say “dig Cindy” she would dig and dig as they sat on her back bouncing up and down giggling.

The family then later moved to Perdue. This is where Loretta completed her schooling until Grade 12. Throughout school Loretta participated in many extracurricular activities such as curling, figure skating, track and field, cheerleading and softball.  Anything to do with sports she was involved in.  Loretta played each sport with speed, passion and a competitive spirit.

After graduating Loretta moved to Edmonton to become a respiratory therapist.  She then moved back home and married Rick Fyson.  During this time of her life Loretta helped Rick on the family farm and raised their three children. Loretta never shied away from hard work.  From shoveling manure to running meals to the field, transporting kids to activities and maintaining a house and farmyard.

Loretta had a strong sense for design and fashion.  She could quickly go from being covered in dirt and coveralls to four inch heals and dressed to impress.  She had exceptional taste for clothing and accessories.  She could easily capture the attention of a room with her beauty inside and out.  Not only did Loretta have fashion style but many thought she should have been an interior designer.  She enjoyed decorating and dressing a room and had an eye for beautiful things.
Loretta was a talented seamstress.  She spent many hours in front of the sewing machine creating many clothes for the girls and their dolls as well as various costumes for Halloween and figure skating carnivals. Her sewing expertise later led her to creating and designing square dancing costumes for the local dress shop.

In 1998 Loretta moved to Regina to continue her education.  She completed her diploma program and became a Licensed Practical Nurse. Loretta worked in different nursing homes and Saskatoon City Hospital. Loretta will be remembered by those she worked and cared for as a true professional from the way she cared for others to her traditional and professional white uniforms.

After moving back to Saskatoon Loretta later met Vic Snider whom she married and shared a home with. Loretta and Vic enjoyed many trips to Mexico, spending time in the sun and walking the beach. Loretta and Vic also attended many dances. Loretta became a passionate gardener. Making her yard the talk of the neighborhood. In her beautiful yard she hosted many family gatherings, birthdays, holidays, and neighborhood parties.

Loretta was a great neighbor and friend.  Many have expressed the neighborhood will not be the same without her.  For many years Loretta could be seen snow blowing the entire block.  She enjoyed many driveway chats or walks with friends.  Loretta was also known to deliver many meals, treats or her famous pies unexpectedly just to brighten someone’s day.

Loretta was a devoted mother and nana. She was always there for her family and just knew when they needed her. Her love was unconditional. She enjoyed daily phone chats and especially loved when she would receive pictures which she later printed and got hung up around her home.  She loved spending time watching her grandkids in their many sporting events and recitals.  She was so generous and thoughtful.  Her home was always filled with many Ice Cream treats, craft supplies and toys.  We never left her home empty handed!

Loretta was an avid reader, spending many happy hours curled up with a good book.  She was an excellent cook and baker.  Her apple pie, cream puffs and Greek ribs could not be matched.  Loretta was an enthusiastic sports fan she especially enjoyed watching curling and hockey.  She also had a love for music; in particular, classic country.  Loretta spent a lot of time listening to her music and sitting in her backyard. She will also be remembered for the way she moved across the dance floor singing and dancing to many songs, but a favorite was the song “Old Time Rock and Roll”.  Loretta also had a love for animals especially her dog Bentley who could always be found by her side.

Loretta will be missed dearly by all who knew her.  The family would like to express their appreciation and gratitude to the care team at the Hospice at Glengarda in Saskatoon for their care and compassion.

A graveside service will be held on Friday October 7 at Lenny Cemetery at 3:30 pm.

In lieu of flowers the family asks donations to be made in moms name to the Hospice at Glengarda.

Share Your Memory of
Loretta
Upload Your Memory View All Memories
Be the first to upload a memory!
Share A Memory