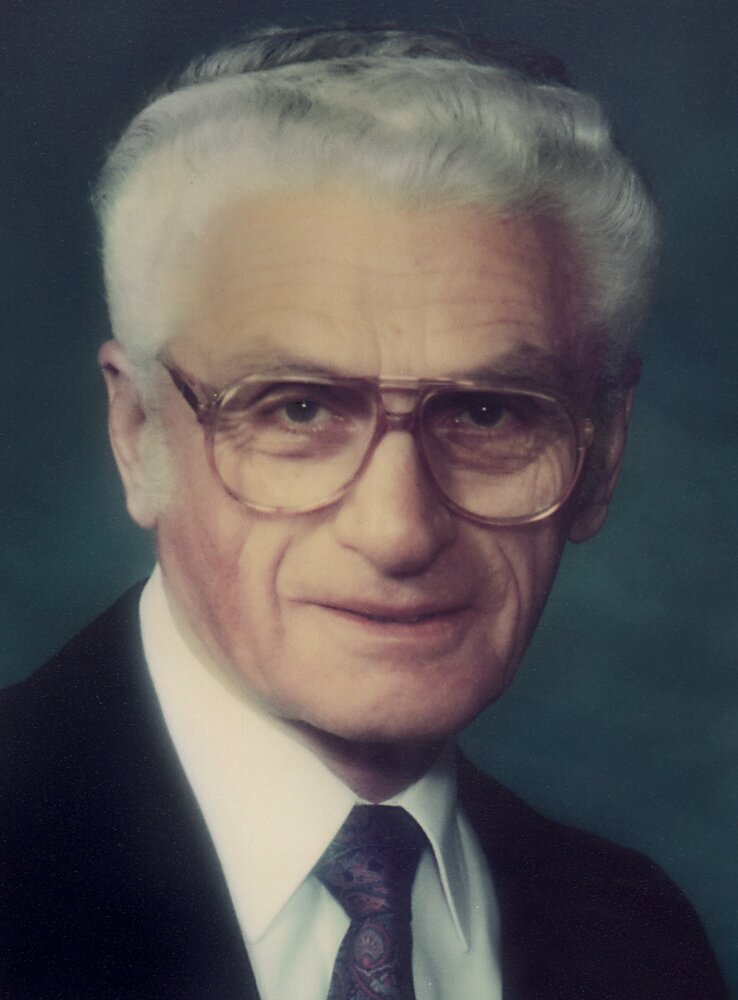 Laurence Eugene Osachoff was born on December 12, 1922, on a heritage family farm ten miles from Blaine Lake, and into a close-knit Doukhobor community.  He attended elementary school in a one-room rural school and high school in town while living with his Osachoff grandparents.  He attended the University of Saskatchewan for one year.

He married Tena Kouznitsoff in 1942, and they had three daughters – Gail, Dee and Bonnie.  While living on a farm nearer Blaine Lake in a house he built himself, Laurence was actively involved in the local school board, the Wheat Pool, the Farmers’ Union, the Doukhobor Society and choir.  After building a second house in Saskatoon, he and his family moved there in 1961, primarily so that the daughters could live at home while studying at the U of S.

Leaving life as a farmer, Laurence worked as an accountant with a local firm and then as a manager, advisor and auditor for the Credit Union Branch of the Saskatchewan Department of Cooperation.  A change in government in 1982 and the ensuing abolition of the Department forced him into early retirement.

However, he had already been active in the founding of the Saskatoon Community Clinic, and as a freelance advisor and auditor, he was instrumental in establishing the Saskatoon Farmers’ Market, the Saskatoon Folkfest, several cooperative child care centres, and the Riverlands Heritage Preservation Region.  In addition, Laurence was a lifelong supporter of the CCF and the NDP and served as the business manager and official agent for several NDP candidates during provincial and federal elections.

After Tena’s death in 1996, he moved to Willow Crest II Condominium Corporation where he served as treasurer for a dozen years.  During this same period, he was active on the Memorial Committee of the Meewasin Valley Foundation.  Even prior to this, an important part of his concern for the future was his involvement in the Saskatoon Nature Society.  His interest extended beyond bird watching to include conservation and wildlife protection, and he was especially proud of planting 15,000 trees on his farm with the help of his mother and his wife.

Friends and relatives are invited to an informal gathering on Saturday, October 8 at 7:00 to 9:00 p.m. to be held at the Edwards Family Centre (338 Fourth Ave. N.)  Parking is available across the street at Saskatoon Funeral Home.  Tributes and shared memories will begin at 7:30.

Share Your Memory of
Laurence
Upload Your Memory View All Memories
Be the first to upload a memory!
Share A Memory