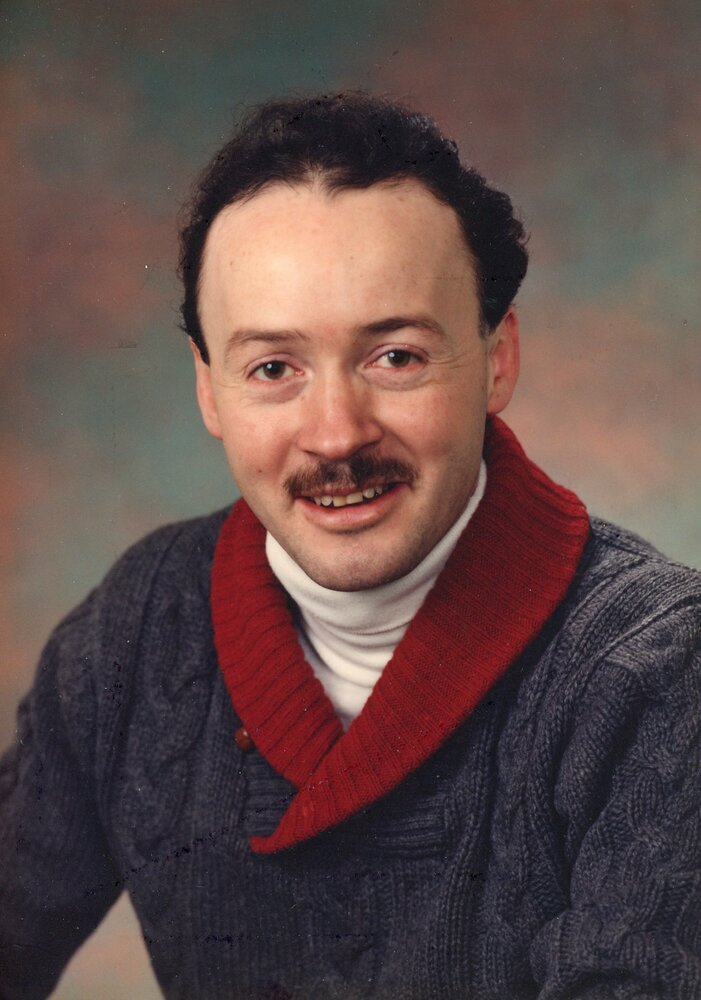 Stephen and his twin Kathleen were born to the delight of his parents Joyce and Eugene; siblings Anne, Kevin, Connie, Gerald and Grattan. His unique and joyful personality developed early during play with his close siblings. After years in a big busy family on a big busy farm in the Allan, Saskatchewan area, he moved with his parents and sisters to Saskatoon where he attended Holy Cross High School and then St Thomas College in North Battleford.

Stephen had a strong work ethic and enjoyed his work until he reluctantly retired. He worked in the hospitality industry at an early age in both Saskatchewan and Alberta where he won many awards for his service and kind attention to clientele. He had a thick file of letters of gratitude and appreciation.

Stephen was special to all who knew him. His great sense of humor and gregarious nature earned him deep and lasting friendships. They were loyal to the end.

Sports played a big role in Stephen's life - his days of skiing at Banff and years of cycling in Calgary kept him fit and brought great enjoyment. He was known as Digger during his wrestling days in high school.

An artist to the core, Stephen saw beauty in many forms - music, dance, photography, literature and poetry - and he shared his enjoyment unabashedly. Movies were a special interest and he had an encyclopedic knowledge and memory of old movies - and a repertoire of famous lines which he could deliver at the appropriate moment - from Bogart to Clint Eastwood, Paul Newman to John Wayne. His theatrical sense was also displayed in his 'fashionista' dressing - his signature hats. His flair for smart clothing and appearance was always fun and daring and he carried it off as no one else could.

Travel was another of Stephen's loves - the best hotel and biggest room and a glass of fine whiskey at the bar - in Hawaii, Australia, Cuba as well as US and Canada. He loved the action and lifestyle in Calgary. He was game for anything, lived each moment for today, loved and was loved freely and deeply.

"I'm not just a pretty face you know"

A sensitive and gentle spirit, he was lost to us suddenly on Sept 2. Twenty years of Parkinson's disease had taken its toll.

A Funeral Mass and Celebration for the life of Stephen O'Grady will be held in Saskatoon on Thursday, October 6, at 11:00 a.m. at St. Philip Neri Catholic Church (1902 Munroe Ave S).

Share Your Memory of
Stephen
Upload Your Memory View All Memories
Be the first to upload a memory!
Share A Memory