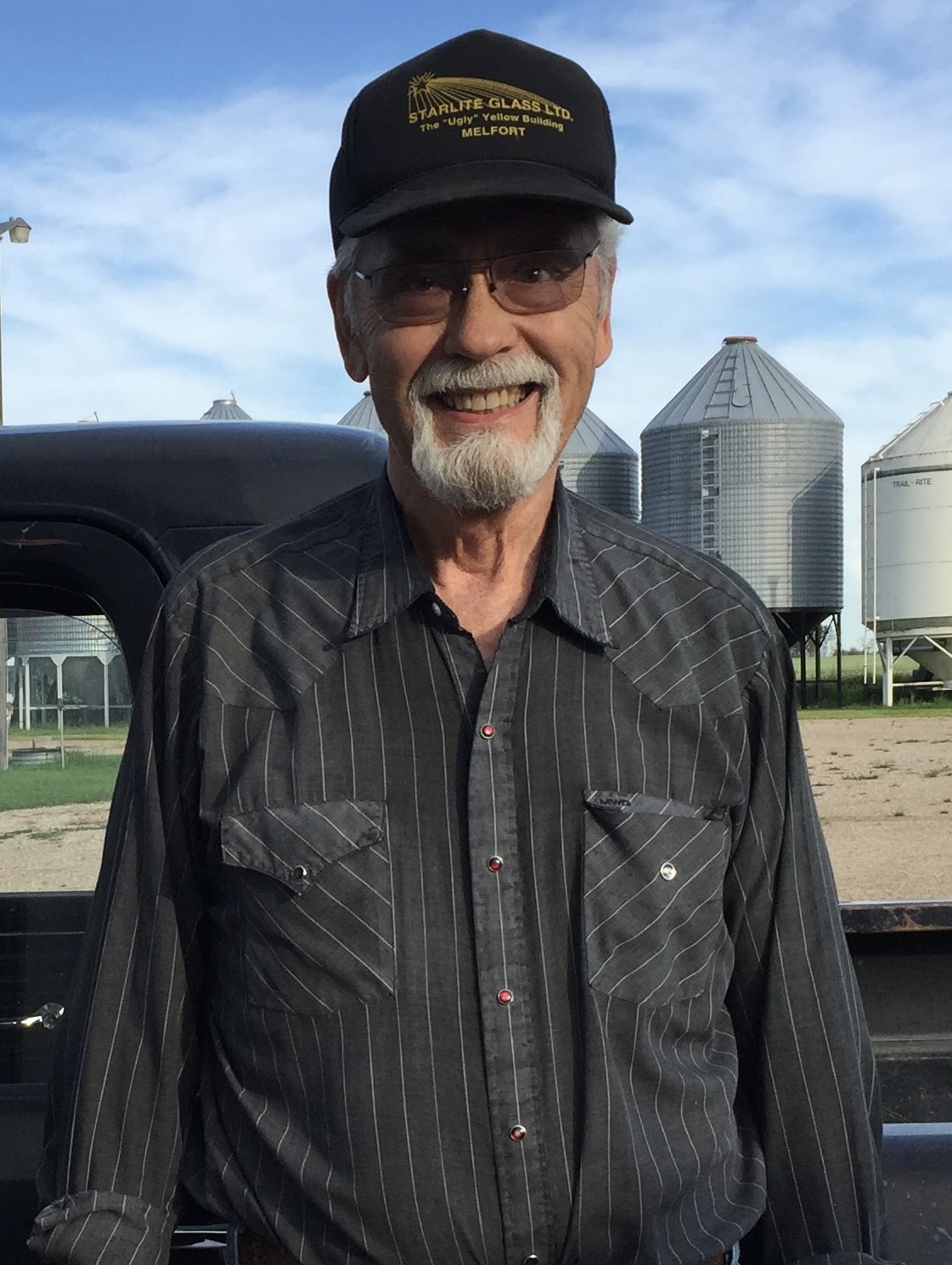 For the recording of the service click this link:

Bill died peacefully at Newmarket Place in Tisdale, Saskatchewan with his family at his side.

Bill was born to Wallace and Elvie Charles in 1942 in Naicam, Saskatchewan and spent the beginning years on the farm in Pleasantdale. He attended Old Pleasantdale School and graduated from Daleville Central School in Pleasantdale in 1960. He attended the School of Agriculture for 1 year. He farmed with his dad but his love of learning lead him to getting his pilot license, surveying, electrician work, and manufacturing knowledge that took him around the world.

Bill was briefly married in his youth, and married Beverley MacQuarrie in October, 1971. They have two daughters, Kelly and Courtney.

Bill was involved in his home community of Pleasantdale through participating on the School Board for decades, building the beautiful community hall in the village still being used, and at church events. Bill attended any and all social events on the calendar as long as his crops allowed, and always looked forward to seeing his favorites. His radio business allowed him to meet as many people as possible and he played a large role in his community building physical and social networks. Coffee Row in Pleasantdale, Tramview, and Saskatoon was always a highlight of Bill’s day where he could practice his amateur weather forecasting. If he wasn’t socializing or travelling, Bill could be found in his shop with Marc where he applied all of his skills to solving any mechanical or electrical problem that came his way.

Bill’s love of RV’ing was nothing short of a passion. Bev, Kelly, and Courtney are very grateful for the wonderful memories they will always have of Bill at his best. Tramview, the Oregon coast, Grand Canyon, Hawaii, and the Olympic Peninsula were very special to him, and the friends Bill made through his travels were treasured.

Bill’s sisters were very loved and he depended on them for their support and guidance throughout his life. We acknowledge the friends that kept Bill in their hearts during the most challenging times.

Any donations may be made in Bill’s name to the Alzheimer’s Society.