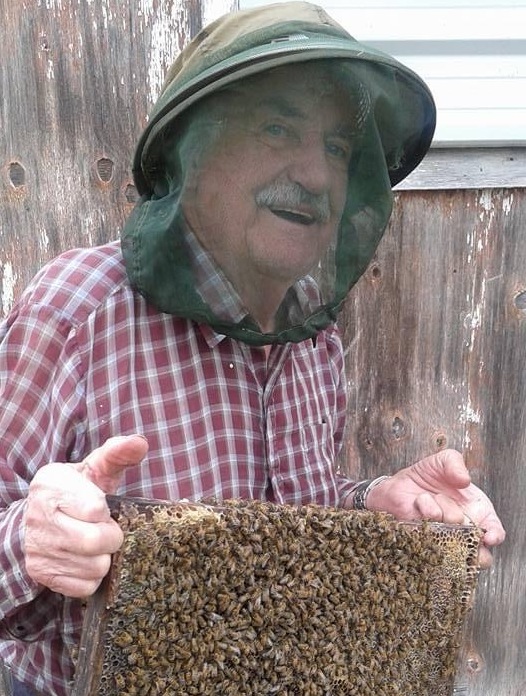 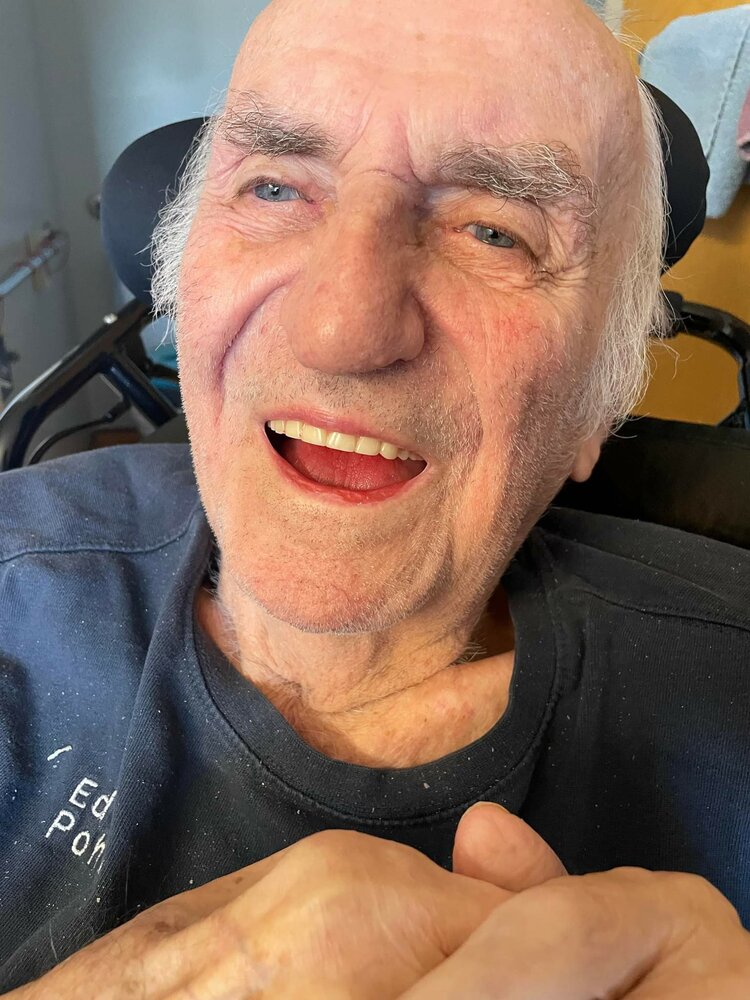 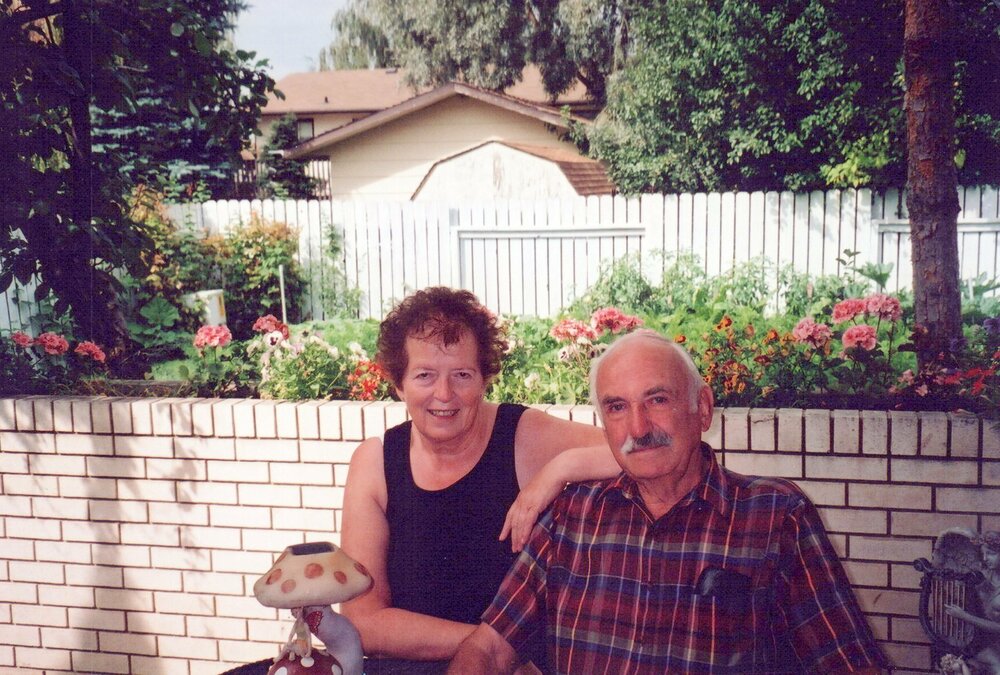 To View THe LIvestream of the Service Click the following link:

We are announcing the passing of Edwin Povhe at 91 years age.  He was a man who had lived through war, pandemics, political upheaval, economic crises, and saw many advancements of technology.

In 1931, Edwin was born the youngest of 3 children from Slovenian parents working in the Nord-Pas de Calais area of France. His dad Francois was an underground coal miner, and his mother Josephe was well known in the area for selling moonshine brandy. Spending his early childhood in France had him experience the lifestyle and value democracy. These ideals were enhanced by the education by his mom in traditional methods of sustainability in agriculture with processes like fermentation, composting and manure to foster healthy grapes, good vegetables, and especially help potatoes grow.

The family moved back to Slovenia and settled on running a vineyard in the Krsko area.  When WW2 broke out the family was forcibly rounded up and displaced from their home in Slovenia and sent to a work camp near Fulda, Germany. In 1945, the family grateful they survived the war returned to their vineyard located in the now communist Yugoslavia.  Time passed, and a decade later in his early twenties Edwin and his older brother Frank were stopped by the secret police and put in jail.  They were accused of plotting to cross the border to leave the country.  They were caught with what was thought to be a map; however, it was instructions on how to properly tie a necktie. Edwin did not mind his 6-month prison sentence because it gave him time to read newspapers and learn the facets of road construction, as a member of a chain gang he helped build the Autobahn. Once he served this prison sentence for unsubstantiated accusations, he knew that a life in communism was not one he was willing to accept.

He was successful in his real attempt to flee. He crossed over a mountain at night and into Austria. From the refugee camp in Austria, he was able to be sponsored to go to Canada, the land of "Milk and Honey".  He selected Saskatoon because it appeared central and had many railroad lines into it, suggesting it could lead to many opportunities for him. He gained employment as an Apprentice Electrician with SaskPower, then learned English, became a Journeyman Electrician, saved money, and helped to bring his brother and his brother’s family to Canada.

He met his wife Josephine in Saskatoon when she was visiting her brother Max and was smitten with this Slovenian woman.  She could cook, making tasty ghoulish stew, and she challenged him - easily defeating him in every chess game they played.  Edwin and Josephine soon had 2 daughters, Dorothy and Julianna and insisted the family attempt to do all the activities that Canadians do to fully integrate into society; ice skating or curling were not that successful; but other activities continued like attending weekend dances at the Legion Hall with Josephine.  Their 3rd daughter Erica was born several years later, and one of Edwin’s favorite jokes was to say Erica was born to look after them when they got old.  The family went on many campervan journeys around North America; Edwin would want to chase the fruit and berries in season in BC.  Edwin and Josephine enjoyed entertaining, and were great hosts, with Edwin making sure that there was always wine available and Josephine doing the cooking.

After his retirement as an Electrical Surface Foreman at Cominco Potash he spent his active years doing consulting and time with his honeybees.  He was the chauffeur on call for his grandchildren, an avid gardener with his little backyard vineyard.  He volunteered with K of C charity bingos and pancake breakfasts and travelled and was a volunteer tax prepare with the CRA. His favorite days were the ones spent in hot summer sun whispering to his bees and having a buddy like Vic Jozic out to help.  After the death of his wife Josephine, he slowly lost his mobility and eventually became wheelchair bound.  With this reality, extra care was needed and thus the move to the Saskatoon Convalescent Home to receive their professional high-quality care and connection with their residents. Edwin enjoyed the almost daily visits of his daughter Erica and was a glowing father when Dorothy would play the piano for the other residents.  Edwin’s stoic mind set and not holding on to any hostility or victim mentality was one that greatly aided to the comfortable content life he had to his last days.

Edwin was predeceased by his wife, Josephine; his brother, Frank Povhe; his in-laws, Max and Lucy Konecnik; and his son-in-law, David Hyde.  Left to continue his stories of the past are his 3 daughters, Dorothy Hyde, Julianna (Barry) Radcliffe, and Erica Povhe; his grandchildren, Erik (Erin), Marina, Kathlyne, Alana (Austin); and great-grandchildren, Aleina, Rowan, Keith, Pacey, and Zayde.

In Lieu of Vigil the family would encourage mourners to attend their local parish service for All Souls day on November 2.

A Mass of Christian Burial of this man of honesty, conviction, hard work, creativity, faith and hope will be celebrated at 11:00 a.m. on Friday, November 4, 2022 at St. Patrick Catholic Parish Saskatoon (3339 Centennial Dr.) For those unable to attend the service, the family invites you to watch the recorded service that will be posted on his tribute page by Monday, November 7, 2022.

Share Your Memory of
Edwin
Upload Your Memory View All Memories
Be the first to upload a memory!
Share A Memory