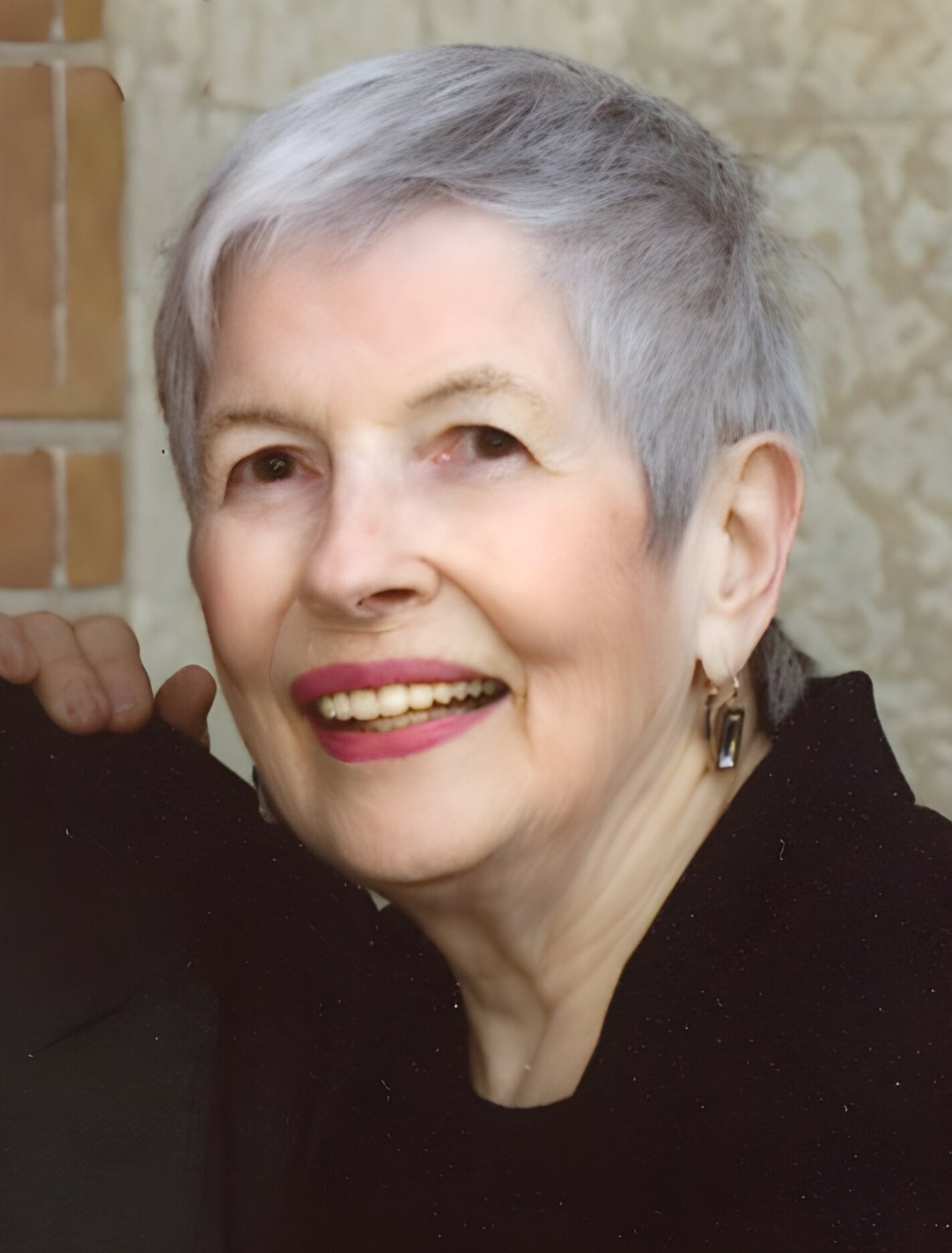 To Watch Recording of Service click this link: https://video.ibm.com/embed/recorded/132251967

Anne was born on a wheat farm near Macrorie, Saskatchewan (19-26-8-W3) on August 9, 1931 to Robert and Iva (Thompson) Foxcroft. For high school, she attended a Catholic convent in Moose Jaw as a non-Catholic resident.  After high school she attended Normal School and became a teacher.

In 1953, she married Boris John Maduke.  With three young children at home, she completed her Bachelor of Education and continued her teaching career as a passionate teacher and later teacher-librarian with the Saskatoon Public School Board.

With like-minded parents, she co-founded the Open School in Saskatoon, a parent-driven alternative elementary school which Joe and Jane attended until they reached high school.

Anne had a magnificent flair for colour and style.  She lovingly created patterns and sewed many clothes for herself, her children and grandchildren. She was an avid reader who always had several books on the go. She was an active volunteer with the Anglican Church including being the Sunday School superintendent.   In later years, she volunteered as a docent at the Mendel Art Gallery and for Grandmothers for Grandmothers.

Memorial donations can be made to the Saskatoon Public Schools Foundation (SPSF) or Foundations Learning & Skills Saskatchewan.

Good-bye, Anne. You'll be in our hearts forever.

Share Your Memory of
Anne
Upload Your Memory View All Memories
Be the first to upload a memory!
Share A Memory