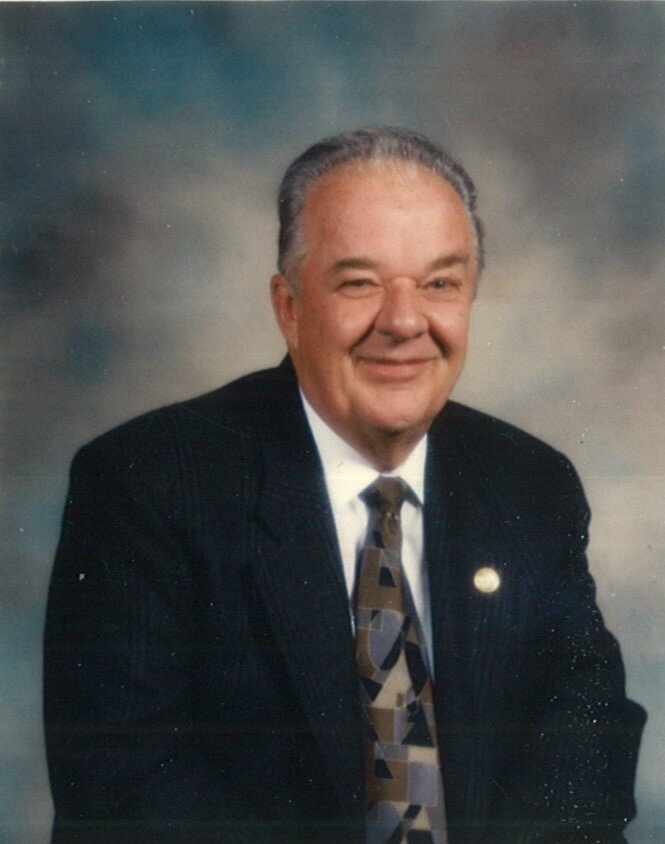 To watch this recorded service click this link: https://video.ibm.com/embed/recorded/132343445

Harvey was born April 2nd, 1936 to John and Eleanora Sauder on a farm near Rush Lake, SK. He began his education in a one-room country school and ended it with two post-secondary degrees. His ambition led him to an apprenticeship and later a degree in Pharmacy in 1959. In 1960, he opened a pharmacy in North Battleford and shortly after, in 1961, married the love of his life, Grace. After much soul-searching Harvey decided to pursue a degree in Dentistry at U of A and Grace took over the management of their pharmacy. Dr. Sauder graduated in 1966 and established a successful 30 year dentistry practice in North Battleford.

Harvey led a full and busy life in North Battleford and had numerous friends who all were considered family. He was involved in many community activities and Harvey was still in contact with his K40 group from the Kinsmen club. Harvey and Grace loved to travel and enjoyed many vacations experiencing the beauty, culture and food of places abroad. Harvey’s home was filled with art they collected on their travels. In 1976 they moved to an acreage, spending happy hours tending to a large garden and a beautiful yard. Harvey enjoyed boating and fishing at their cabin at Jackfish Lake and spoke fondly of the annual fishing trip he took with his friends.

In 1998 Harvey and Grace retired to Saskatoon and continued their community involvement by volunteering with the International Varsity Christian Fellowship and Global Gathering Place where they helped foreign university students and refugees adjust to their new life. Harvey had an appreciation for the arts and held season tickets for the Saskatoon Symphony and Persephone Theatre. After Grace’s passing in 2009, Harvey moved to Luther Riverside Terrace which he adoringly referred to as “the institution”. He developed a number of friendships there and enjoyed helping with the “wine and cheese” gatherings. Harvey was a good cook, but enjoyed the meals at LRT and the fellowship with his tablemates. Harvey continued to serve the community and his church as he was a board member at the Sherbrooke Community Centre and the Calvin Go Forth Presbyterian church and was involved in the Saskatoon Native Circle Ministry.

As much as anyone, Harvey was a connoisseur of fine dining and enjoyed social gatherings especially if they involved a glass of good scotch. He was a sports enthusiast, playing hockey and ball in his younger days and in later years he enjoyed watching any kind of sport on TV although tennis seemed to be his favourite. Being the social person he was, he loved family gatherings and visiting friends near and far. He was usually game for anything and rarely said no to any invitation. Harvey will be remembered for his outgoing, kind, gentle and loving nature and excellent sense of humour, and will be dearly missed by all who knew him.

In lieu of flowers, donations may be made to TeleMiracle and Kinsmen Foundation or to the Alzheimer Society of Saskatchewan.

A Celebration of Harvey’s Life will be held at 11:00 a.m. on Tuesday, November 22nd, 2022 in the Chapel of the Saskatoon Funeral Home (338 – 4th Avenue North, Saskatoon, SK) with lunch to follow at the Edwards Family Centre. Masks are kindly preferred. Interment to follow at North Battleford City Cemetery (North Battleford, SK) at 3:00 p.m.

Share Your Memory of
Harvey
Upload Your Memory View All Memories
Be the first to upload a memory!
Share A Memory