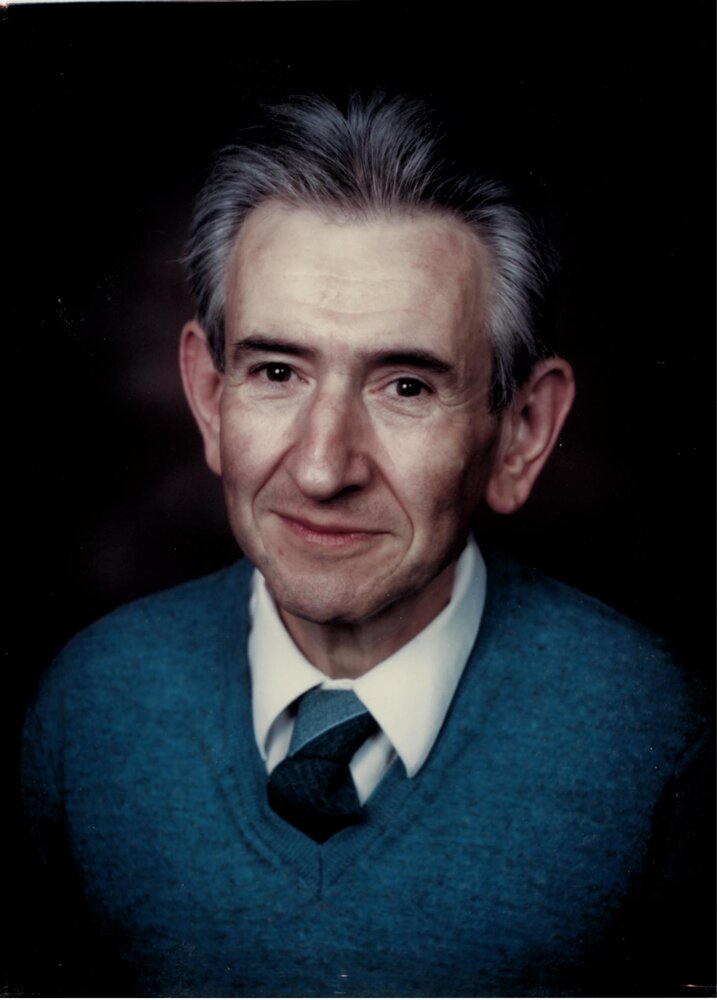 We are very saddened to announce the death of a very special man, Moishe Singfeder Black, in the early hours of Thursday, November 24th, in his room at Luther Special Care Home, with all his Saskatoon family around him.

Moishe was born in Winnipeg, and aside from a few early years in Veregin, Sask, grew up there.  He attended the University of Manitoba, achieving double honours in French and English.  It was also at the U of M that he met his future wife, Gerry Bull.  They married in Minneapolis on September 7, 1955 and had two wonderful years in New York City while Moishe studied.

Moishe completed his Master’s degree and was working towards his PhD when he was offered a faculty position teaching French at the University of Saskatchewan.  He and Gerry settled in Saskatoon in the late ‘50s, where Moishe began a long career teaching French until his retirement in 1995.  While at the U of S, he was introduced to translation (French to English), which he greatly enjoyed. His translation adventures kept him well occupied into his retirement.  He and Gerry also enjoyed travelling, living in France for three separate sabbatical years, as well as taking numerous trips such as to Barbados, Greece and Newfoundland.

Moishe and Gerry were kept busy raising their three daughters, Dorian, Gillian and Martha, and spending time with their many friends in Saskatoon, and friends and extended family at Stephenson’s Point on Lake Winnipeg in the summers.  Husband, father, grandfather and great-grandfather, Moishe was always kind, warm, gentle and funny. Moishe is survived by his wife Gerry, his daughters Dorian (Lorne), Gillian, and Martha (Glenn), five grandchildren Cory, Erin, Stephanie, Max and Rowan, and six great-grandchildren.  He was predeceased by his sister, Mindele Treip, and former son-in-law, Ron Kachur.

A celebration of life will be held on Thursday, December 1st from 1:30 to 3:30, at W.A. Edwards Family Centre at 333 - 4th Ave. North.  Parking is provided by Saskatoon Funeral Home directly across the street.

Masking would be strongly preferred by the family.

In lieu of flowers, donations may be made to the Mennonite Central Committee Canada, or a charity of your choice.

Share Your Memory of
Moishe
Upload Your Memory View All Memories
Be the first to upload a memory!
Share A Memory