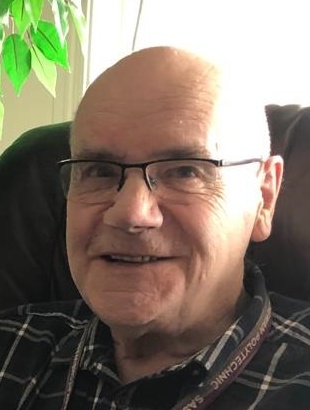 Philip Edwin Chamberlin passed away during the early hours of Thursday November 24, 2022 at Preston Special Care Home in Saskatoon, SK with members of his family by his side. He was 80 years old.

Phil was born on March 8, 1942 to Edwin & Genevieve (Tellier) Chamberlin in New Liskeard, ON. When Phil was two and a half years old, the family moved to the Semans district in Saskatchewan and, aside from returning to Ontario for technical school, Phil lived the remainder of his years in Saskatchewan and Alberta, with later years in Drake, SK and finally in Saskatoon.

Growing up, Phil worked on the family farm as well as for other local farmers. At school he enjoyed participating in sports, especially track & field and football. After graduating Grade Twelve, Phil attended DeVry Technical Institute then worked as an Electronics Technician in radio and tv repair. He worked in a variety of fields over the years with the Saskatoon Police Service, the coal and potash mining industries, insurance, and eventually retiring from the Canadian Taxpayers Federation.

Phil met Diana Grace (Martens) at a skating party held by their youth groups, where he went for multiple sloppy-joes to speak to the girl serving. They were married on September 19, 1964 in Drake, SK and together had over 58 years of marriage, 3 children, 11 grandchildren, and 6 great-grandchildren.

Phil continued to enthusiastically watch sports throughout his life including showing up for as many of his children and grandchildren’s activities as possible. He enjoyed fishing and going for coffee with friends. Those who knew Phil knew he loved his family, music, animals, and his Lord, Jesus Christ. Phil & Diana were part of the North Star Mennonite Church family in Drake, SK for many years, where Phil led music by singing and playing his guitar or the piano. Phil was founder, lead singer, and guitarist of the music group called Country Sonshine in which son Jarrod played guitar for a time. His musical preferences included gospel, country & western and, one of his favorites, Elvis Presley. More recently, Phil especially enjoyed musical guests at the care home and would continue to tap or clap along to the beat; an impromptu drummer.

It is with heavy hearts we say goodbye and shall forever miss you, until we meet again.

We would like to express our thanks and gratitude to the staff of the Preston Special Care Home for the love and care Phil received while he resided with them.

Donations can be made in Phil’s memory to the Preston Special Care Home Recreation Program, 2225 Preston Avenue,Saskatoon, SK S7J 2E7.

A graveside service will be held at a later date.

Share Your Memory of
Philip
Upload Your Memory View All Memories
Be the first to upload a memory!
Share A Memory