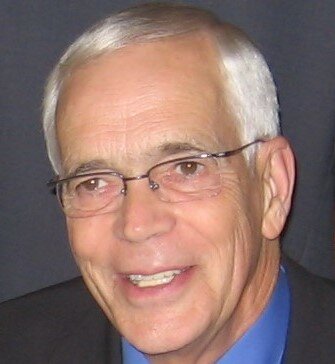 Larry was born in Toronto June 6, 1941 to Vernon and Helen Fowke and was raised in Saskatoon. He went to high school at Nutana and earned a BSc at the University of Saskatchewan (’63). He then completed a PhD at Carleton University (’68).  A post-doctoral fellowship took him to Australia which started his love for that country and where he met lifelong family friends.  He inspired many students as a Biology professor at the University of Saskatchewan for over 36 years.   He was recognized on multiple occasions for Teaching Excellence, as a Distinguished Researcher and was inducted into the Royal Society of Canada.  During his tenure, he also enjoyed sabbaticals as a visiting scientist in Australia, Switzerland, Sweden and England. He authored over 160 research papers, several books and remains highly cited in his field. Larry served on the Board of the local Parkinson’s Chapter to support the search for a cure.

As a lifelong learner, Larry approached the world with wide eyes and curiosity.  He was a gifted photographer and music lover. Larry took up the saxophone, played in the Saskatoon Community band, and then proceeded to learn the Didgeridoo. Larry had an awesome sense of humour, sharing it in skits at the Biology department and with jokes on friends and family. He loved adventure and exploring whether it was canoe trips in Northern SK or surfing at Broulee Beach. Wakaw lake and the family cabin was a special place to him since childhood and he shared it with others making many special memories.

Memorial donations may be made to Parkinson’s Canada, (www.parkinson.ca).  The family wishes to extend their gratitude to Myrna and her team at Keedwell Assisted Living whose excellent care kept Larry content and tapping his toes right to the end.

A Celebration of Life will be held in summer of 2023 (notification to be posted in Star Phoenix).

Share Your Memory of
Lawrence
Upload Your Memory View All Memories
Be the first to upload a memory!
Share A Memory