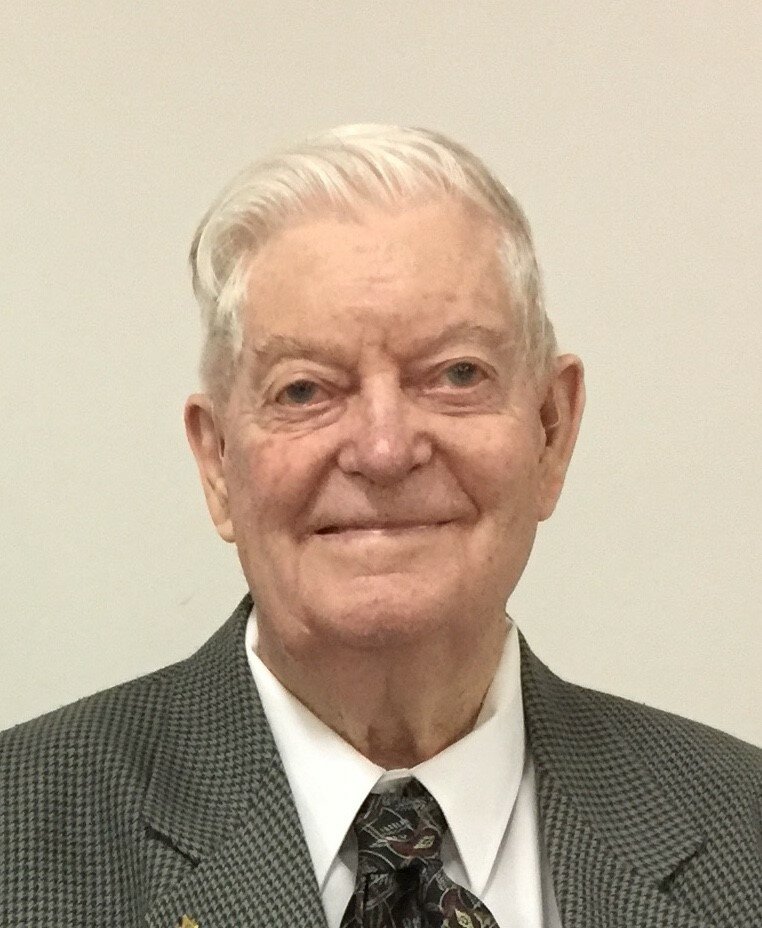 Howard Clark Thomas, age 96, passed away peacefully on December 30, 2022 with his family by his side.

Born April 28, 1926, Howard spent almost his entire life on the Thomas family farm near Grandora. Howard loved farming.  As a young lad, Howard was involved in preparing and showing his father’s prize winning Belgian heavy horses, which were shown across Canada.   At the age of 16, Howard took over the farm threshing machine and crews due to his father’s health. Howard graduated in 1947 from the University of Saskatchewan with an Agriculture Degree.  Howard eventually took over the farm until he passed the farm on to his son, David.  Howard was still involved on the farm until he was 88 years old.

Howard loved flying.  The Thomas farm was a couple miles from the Royal Canadian Airforce base during the WWII.  Howard obtained his private pilot’s license in 1947, before he had his first driver’s license.  Howard’s first airplane was a Cessna 120, registered as CF-ELE (CF-Easy Love Easy).  Howard took numerous relatives and friends on plane rides, where he often let them experience the feeling of weightlessness (as he dipped the plane nose with a little twinkle in his eyes.

Howard married the love of his life, Dorene Thomas in 1952. Dorene predeceased Howard in July 2022, just a few days shy of their 70th anniversary. Howard had courted Dorene with his plane (he landed on a field just west of her school where she was teaching).

Howard lived on the family farm from his birth until 2014.  He was joined by Dorene in 1952.  They had six children: David, Belle, Donald, Melvin, Carol Lynn, and Murray.  Tragically, Donald and Melvin passed away in 1973 in a hotel fire. Dave and Susan have four children: Courtney, Jefferson (Amanda), Cody, and Kiel.  Belle has three children: Richard (Ashleigh), Angie and Rob (Delia).  Carol Lynn has two daughters: Allegra (Dalton) and Tammara.  Murray and Jennifer have two boys: Liam and Adam.  Howard enjoyed his great grandchildren: Kayden, Gabriel, Lyla, Athena, Lennon, Jasper, Livi, and Lenox.

Howard loved family and friend gatherings.   Christmas, Easter, Thanksgiving, and New Years Day were spent with a family meal (Norman and Bea Thomas and their kids).   Zoerb/Grandberg/Thomas family gatherings were eagerly attended.  Many evenings were spent with friends (Sparrow’s, Shultz’, Keets’). Howard and Dorene would often hop in the plane for quick visits to his sister-in-law, Inez, in Birch Hills, SK, his daughter, Belle in Grande Prairie and Thomas relatives in Hartney, Manitoba.

With their plane and their love of travel, Howard and Dorene saw many parts of the world.   They flew their small plane to Expo in Vancouver (‘86), Montreal (‘67), Seattle (‘62), many, many Fly-ins across Saskatchewan and Flying Farmer conventions across the prairies.  Further, they flew their plane to Toronto, Florida, Memphis, Arizona, Vancouver, Churchill, South Dakota, Mexico, and others.  Howard and Dorene flew commercial airlines to Hawaii, China, New Zealand, Australia, Scotland, England, Wales, Spain, Gibraltar, Portugal, Morocco, Mexico, United States, Trinidad & Tobago, and Jamaica.  What an outstanding travel record for a couple that grew up in the dirty thirties in Saskatchewan.

Howard was very active the community.  Howard was a member of the United Church for his entire life.   He was a member of the Masonic Lodge, Royal Arch and Eastern Star.  He was a board member for the Vanscoy United Grain Growers, Vanscoy United Church, and Vanscoy Elementary School. Howard had served as a director for many years on the Saskatoon Exhibition including two years as the president.   Howard treated countless children experiencing disabilities with a plane ride at the Camp Easter Seal each summer for numerous years
.
He enjoyed many activities: Old Time Dancing, Square Dancing, fishing, self-improvement courses and others.  Howard was a lifetime member of Saskatchewan Flying Farmers and he held all of their executive positions.   When he was younger, Howard was an active hunter including hosting South Dakota friends for moose hunting in northern Saskatchewan.  Howard had his first personal computer in 1982 and he eventually created his own farm accounting records on subsequent personal computers.

Howard is survived by his sister-in-law, Inez Shilling, and sister-in-law Bea Thomas. Howard is pre-deceased by his spouse Dorene, his siblings, Jennie, Beryl, Ross, George and Norm Thomas.  Further, he is pre-deceased by Dorene’s siblings and their spouses, Les (Margaret) Zoerb, Elmer (Pearl) Zoerb, Murial Zoerb, and Inez’s husband Tom.
Howard was one of the kindest people around.  He was described as “Salt of the  Earth”.  He was loved, respected and touched many people.  He had a deep love for family and friends and he always made you feel welcome.   While not a man of many words, his dry sense of humour would often show itself.

Share Your Memory of
Howard
Upload Your Memory View All Memories
Be the first to upload a memory!
Share A Memory