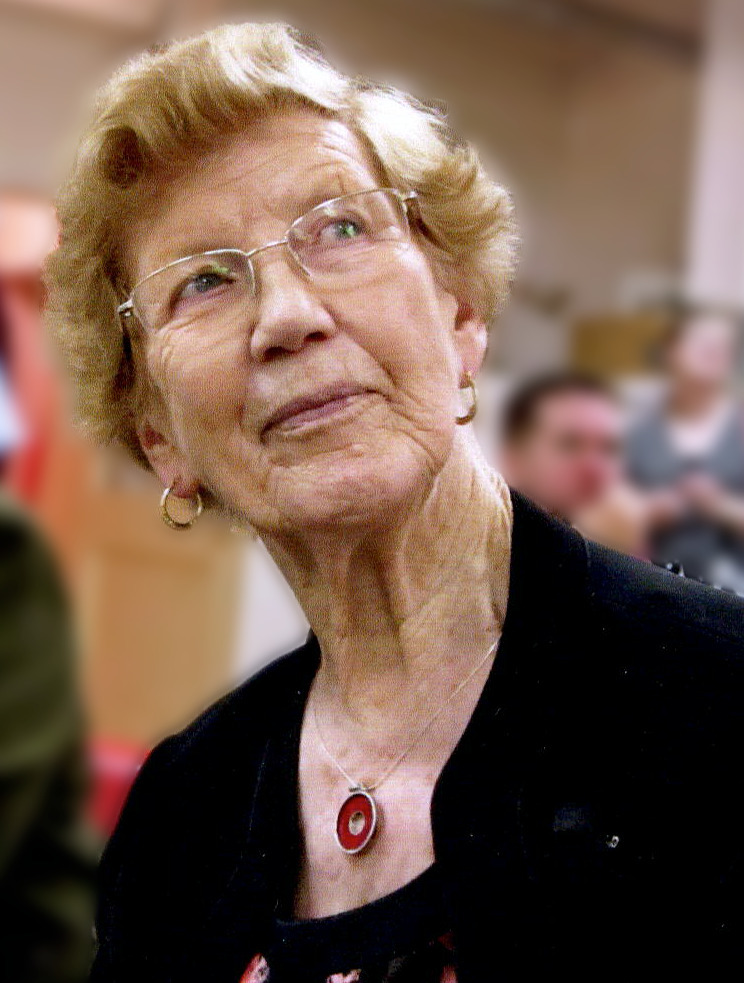 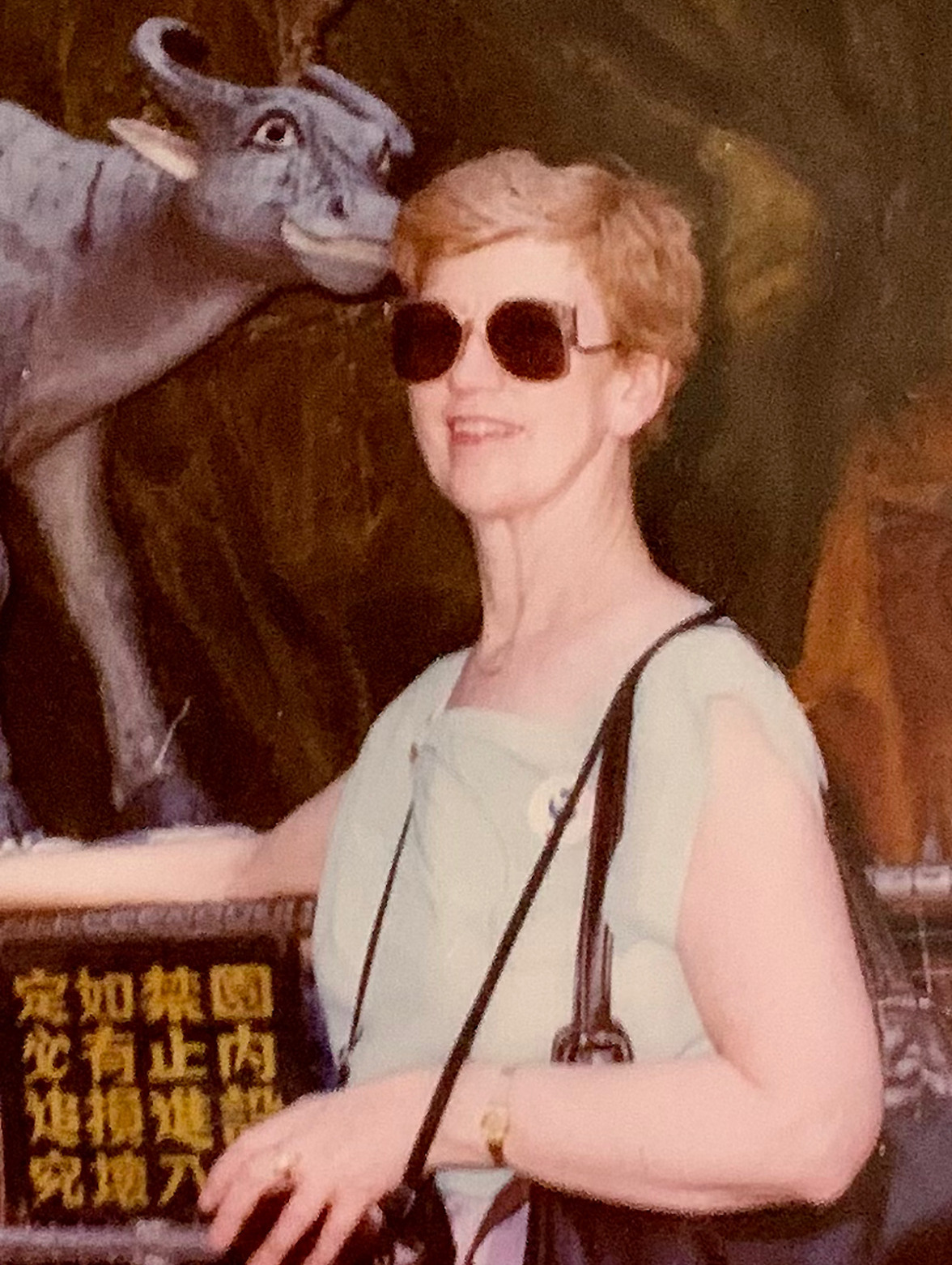 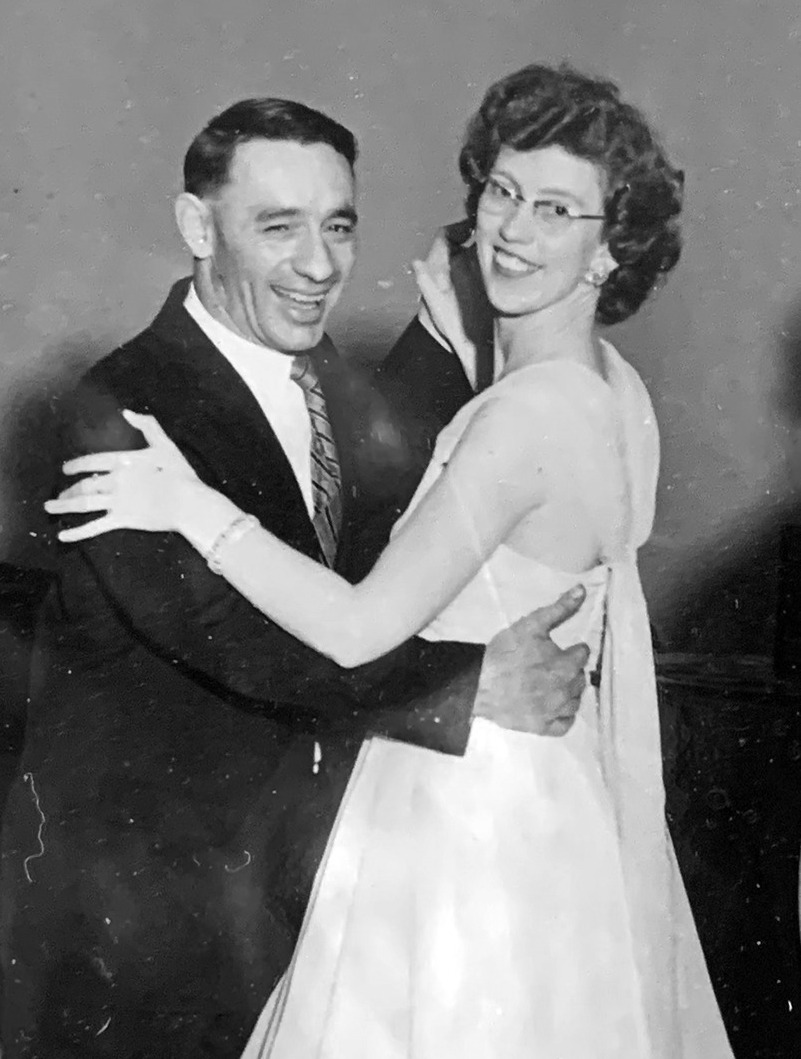 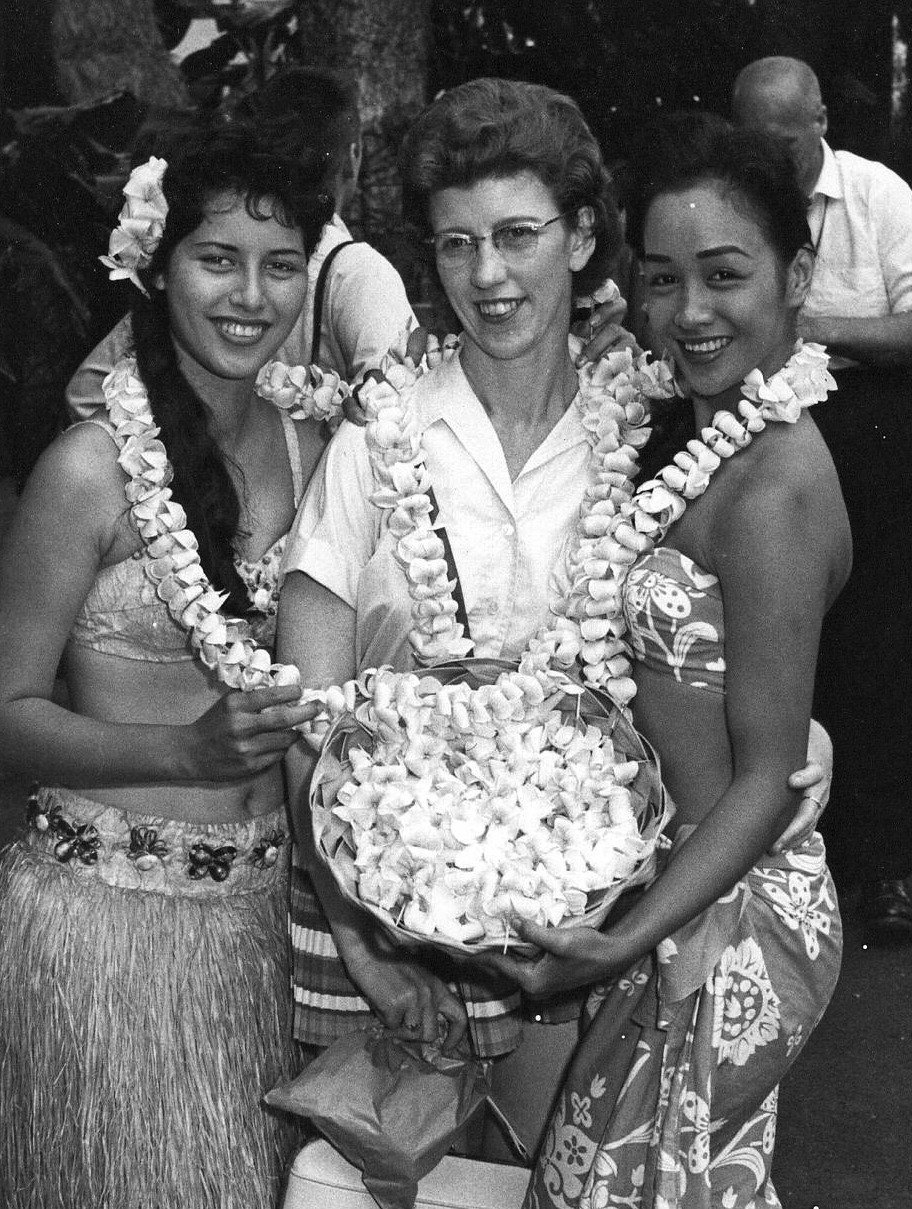 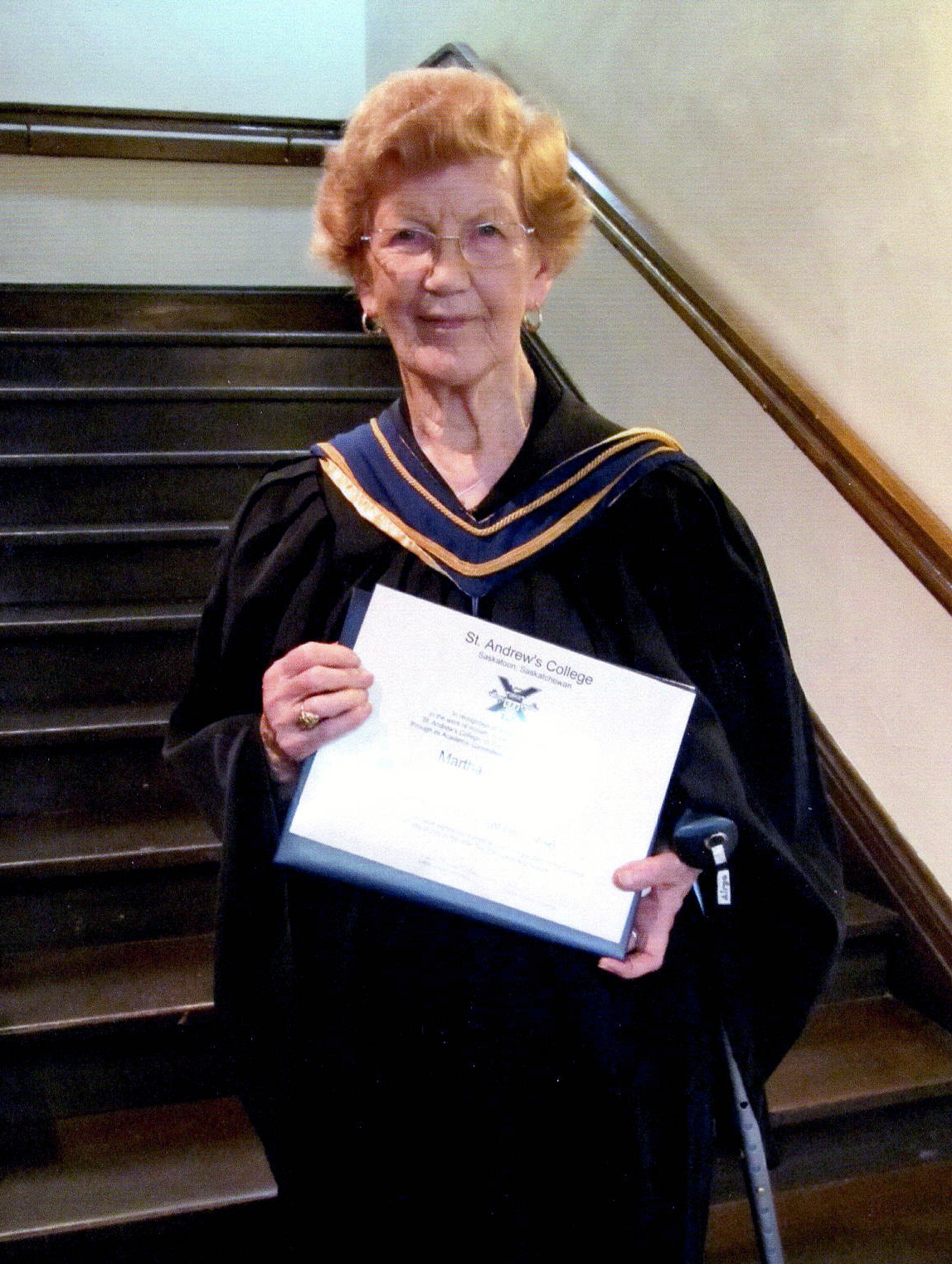 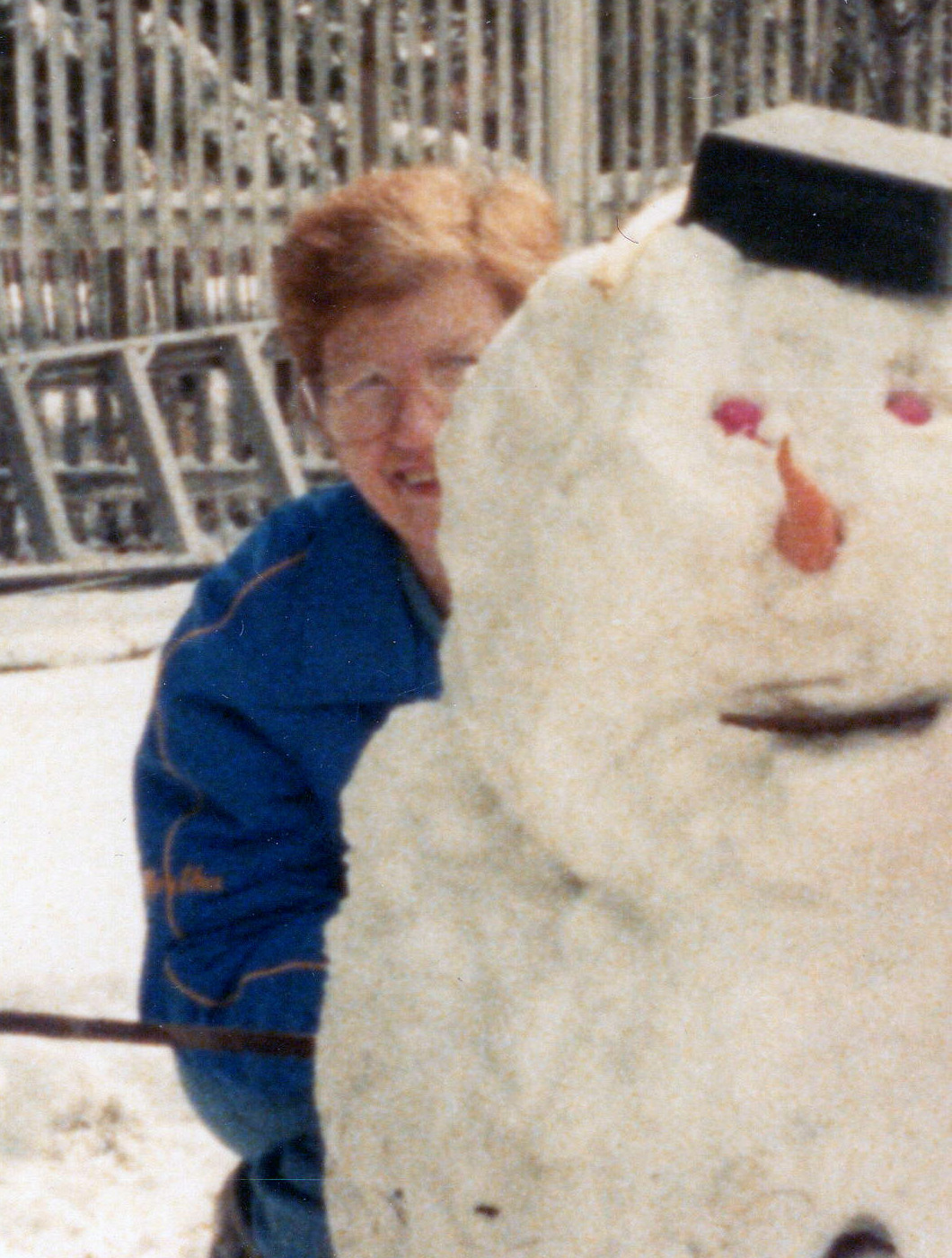 We are currenly having issues with our server

and the livestream is not working.

Martha passed away peacefully on January 11th  at the age of 98.  Martha grew up on the family farm south of Langham with five elder sisters and three younger brothers.

After completing business college, Martha was hired by St. Andrew's College.  As secretary, bookkeeper and administrator, Martha served St. Andrew's from 1945 until her retirement in 1988, earning her the longest service of any staff or faculty member in the College's history.  For this and her many contributions to the community, she was awarded an Honorary Doctorate by the College in 2012.

She continued her service after retirement as an active member of the St. Andrew's Guild.  Martha earned her armature radio ticket (VE5YY) in 1963.  She was awarded the Art Driver Trophy for exceptional service to the Amateur Net System in 1968.  Martha also helped write From Sparks to Space on the history of Amateur Radio in Saskatchewan.

Martha taught ballroom dancing in Saskatoon and surrounding communities.  She was a founding member of Grosvenor Park United Church, volunteered with the Saskatoon Symphony Book and Music Sale and the Saskatoon Music Festival and delivered newspapers to patients at the Royal University Hospital.  She was an avid photographer, seamstress, painter, crafter, and world traveller.

A Celebration of Martha’s Life will be held at the Saskatoon Funeral Home on Saturday, January 21st, at 2:00 p.m.

Martha's loved ones would like to thank the staff at Luther Village, Stonebridge Crossing and Luther Special Care Home for their companionate care.

In lieu of flowers, donations in honour of Martha’s memory may be made to the Saskatoon Symphony or the Saskatoon Music Festival.

Share Your Memory of
Martha
Upload Your Memory View All Memories
Be the first to upload a memory!
Share A Memory