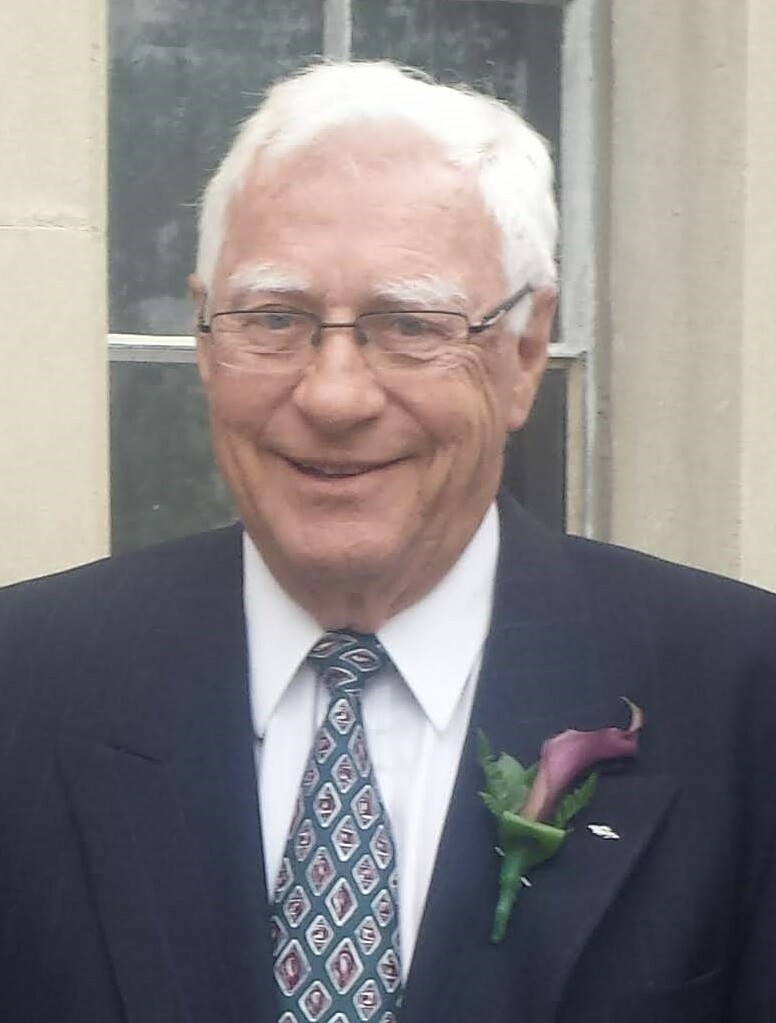 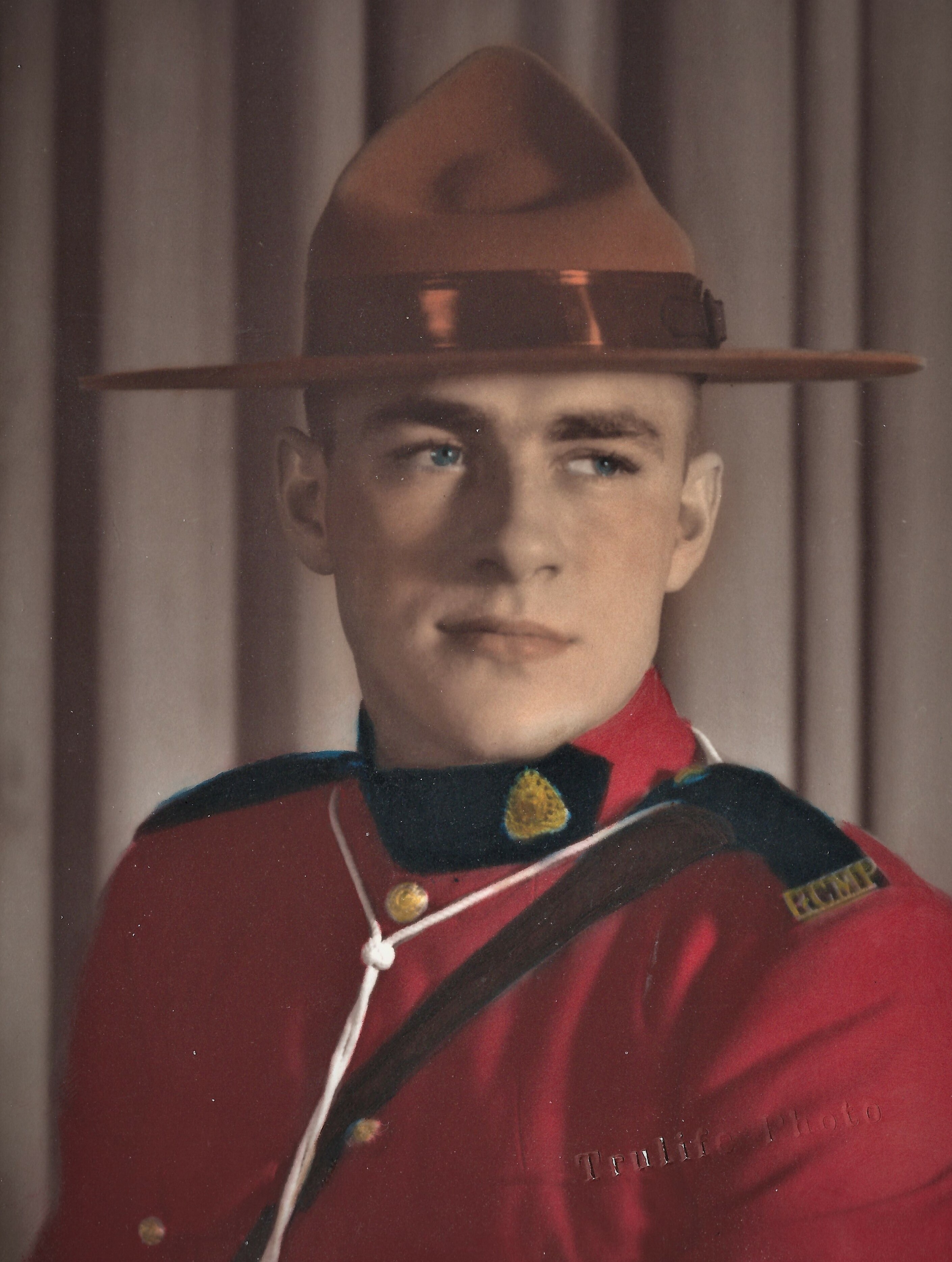 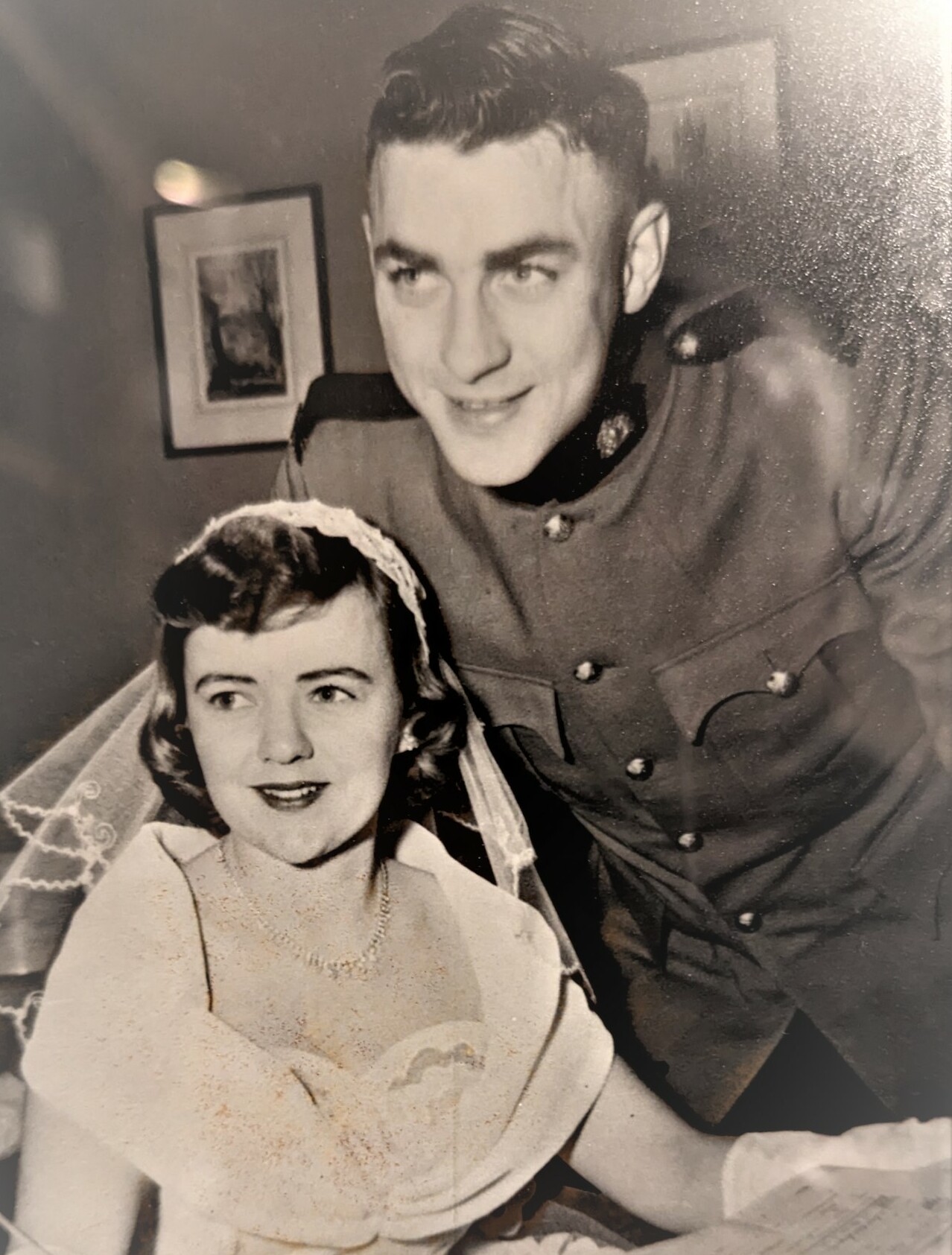 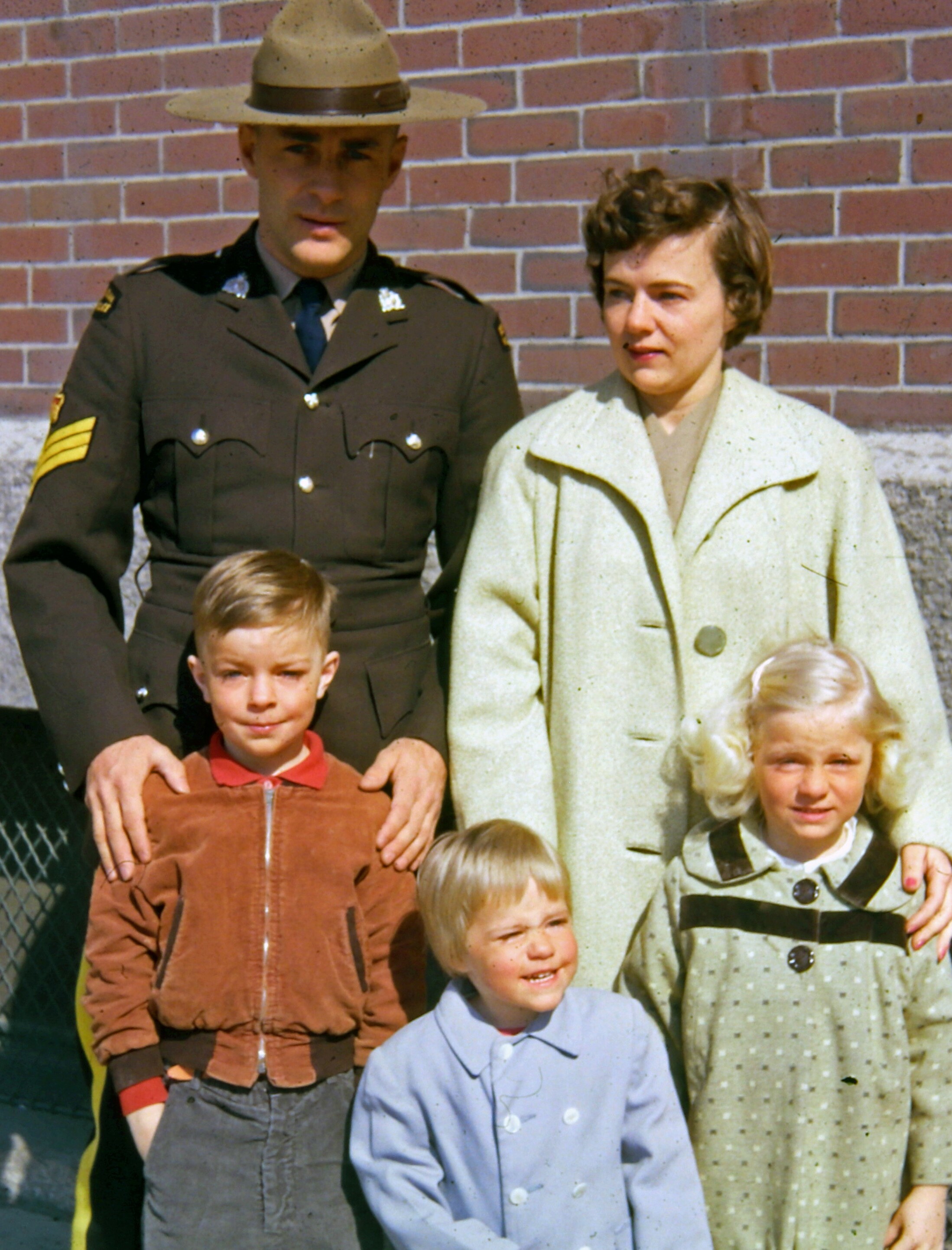 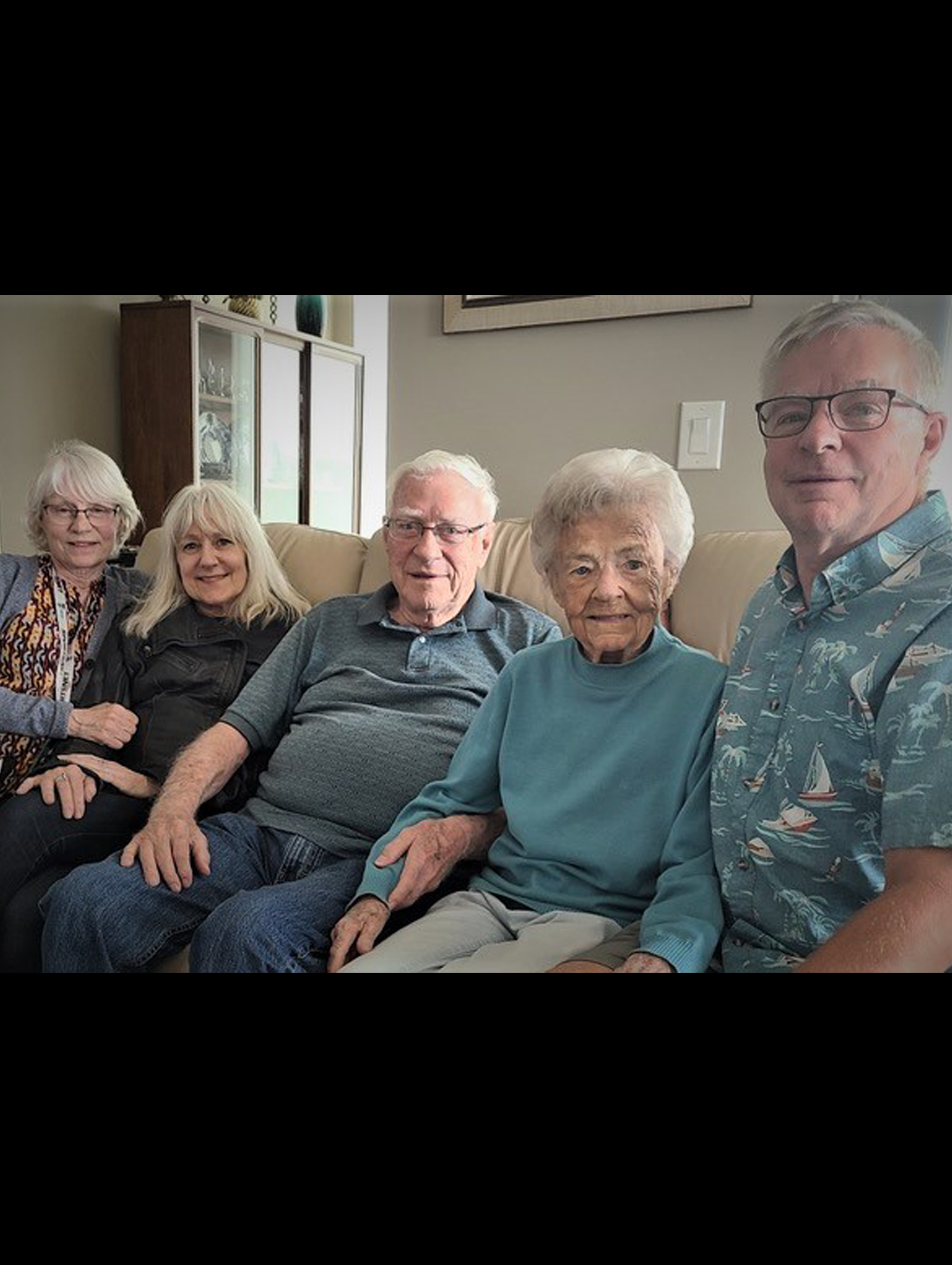 The world lost one of its characters with the passing of Desmond O’Brien Gore-Hickman on Jan. 19, 2023 at Royal University Hospital. Born on Aug. 27, 1929, Des was 93 at the time of his passing.

His grandchildren, all boys, worshipped their Grampy. One of their great joys was the annual football game on his birthday. He caught a couple of passes on his 93rd birthday to keep the tradition alive.

He told the boys all kinds of stories, some making their parents wince, and some seemingly true. The boys, now well into their adult years, have long quoted Grampy’s sayings.

One of the favourites was what he said about his dislike of moustaches. “Why cultivate on your face, what grows wild on you’re a--,” he would say. Looking through a book of photos, the family found a picture of Des with a moustache. Gotcha.

Memorable moments were brunches and barbecues in his backyard. He could flip burgers and get bacon sizzling like nobody’s business. He had a knack of terminating wasps, although it often took a few swats and people ducking out of the way. No one got stung under his watch.

All three children were born in Victoria. Camping trips were a big part of family life. A trip to Expo 67 in Montreal was the highlight.

With Des being in the RCMP, the family seemed to live out of suitcases for the next 15 years, with Des stationed in Winnipeg, Edmonton, Ottawa and Regina.

He joined the RCMP in January 1947 as a free-spirited 17-year-old. His older brother Gord often said he was a bit more than a free spirit. Des was posted in small centres in Western Canada before getting his first posting in Ottawa.

He was a member of the RCMP Musical Ride as well as Governor General’s residence and Parliament Hill guards while in Ottawa the first time.

Des retired from the RCMP in 1973, reaching the rank of Staff Sergeant.

After retirement, the family put down roots in Saskatoon, where he became a compliance investigator for what was then known as the Unemployment Insurance Commission.

He loved sports, whether playing them or watching them. Playing sports took a toll on his body, with sore shoulders and knees slowing him down in his later years. He played high school football with CFL legend Normie Kwong and won a Canadian police curling championship.

The Saskatchewan Roughriders seldom had a quarterback that met with his approval.

Des was social, which is a bit of an understatement. He enjoyed visiting with his neighbours on his patio. They had a wonderful bond.

He was a proud member of the Shrine Club, serving as the president in 1989.

As a member of the Shrine Club, he and Eunice made life-long friends. He believed strongly in the club’s mission to support children’s hospitals for burn victims.

One of his worst moments as a Shriner — if there was such a thing — was on his 60th birthday. While sitting in the backyard celebrating with friends and family, suddenly the sound of a band could be heard. Going out to the front yard, the Shrine Drum and Bugles Corps was marching toward his home.

“There goes my booze,” he said. “Those guys will clean me out.”

His grandsons were proud when they would go to the Shrine Circus and see him mingling with performers. He was social, always with a smile and a new joke to tell. Sometimes the new joke was an old joke, but so be it.

In recent years, he enjoyed having coffee with other Shriners most mornings. He did so until a week before his passing.

There was an emptiness when many family members gathered in the days after his passing. One day, the grandsons who were able to be there, each poured a glass of Lemon Hart rum, with Coke and water, and toasted Grampy. It was his drink of choice.

He will be deeply missed by family and friends.

In keeping with Des’s wishes, there will be no funeral service, but a celebration of his life will be held this spring

In lieu of flowers, donations can be made to his favourite charity, which goes to the cost of sending sick children out of province for specialized care:

Share Your Memory of
Desmond
Upload Your Memory View All Memories
Be the first to upload a memory!
Share A Memory