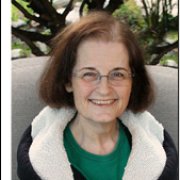 The Celebration of Life is to take place Saturday, September 5 at 2:00 pm at Calvary Church. (Corner of Arlington & 2810 Louise St.) In Lieu of flowers Donations may be made to: Saskatoon Christian School High School Fund ( 306-343-1494) or St Paul's Palliative Care

Lyta Marie Galenzoski (Mallard) July 20, 1954 - Aug 23, 2015 Lyta Galenzoski passed away Aug 23, 2015, after bravely facing secondary lung cancer with dignity & grace. Predeceased by her daughters Anna (1982) & Sara (1986), her father Martin (2009), & nephew Justin (1977). Left to Celebrate Lyta's life is her husband of 39 years, Warren, sons Kris (Melinda), Kasey (Marjie) & daughter Kayti (Rocky) along with grandson Asher as well as her mother Terry Mallard, her brother Brian and sister-in-law Marlene along with numerous other family members. Lyta was born and raised in Saskatoon, attending St Phillip's School, Aden Bowman Collegiate and Kelsey Inst. (SIAST) where she earned her diploma nursing degree in 1974. She nursed at St Paul's Hospital until 1991 when she retired to help with Warren's business and help raise their children. Her passions included being involved with her children's activities, singing, reading, anything computer, family events, as well as serving on several committees at the Saskatoon Christian School. She saw the importance of having a separate high school campus at SCS where she was a strong advocate for this school addition. In June 2013 Lyta developed "nutritional neuropathy" from a gall bladder problem, resulting in diminished use of her legs from the knees down, her fine motor skills in her hands, as well as speech. Through a dedicated program of speech therapy, acupuncture and gym time with her trainer Lyta did regain some of the mobility she lost. It was Lyta's goal to be able to read to her grandson Asher, push him in his stroller, and play with him on the floor, all of which she did accomplish. Lyta took great joy in the success of others. She had a gift to see the best in people and what they needed. Her nursing background was much appreciated by family and friends as she often assisted and comforted family members in various medical and personal situations . Upon her cancer diagnosis on June 10 2015, Lyta maintained an attitude of "Faith over fear" as she believed that her journey on earth was just a short visit according to the "Master Plan" God had for her, a plan that would once again reunite Lyta with Anna & Sara, and her Dad. A Glorious reunion it will be.

Share Your Memory of
Lyta
Upload Your Memory View All Memories
Be the first to upload a memory!