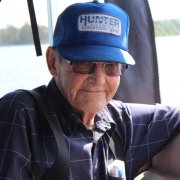 At Roy's request there will be no service, in lieu of flowers we ask that you make a donation to the Canadian Diabetes Association or Renal Department of St. Paul's Hospital.

Mr. Roy Stanford Carruthers, passed away peacefully on Thursday September 10th, 2015 at the age of 82. Roy was born to the late Barbara and William Carruthers on March 12th, 1933 west of Saskatoon in the Flowery Dale area. He grew up as the youngest of 5 boys. In 1955 he married the love of his life Elaine Carruthers (nee Anspach), they just recently celebrated their 60th wedding anniversary. He is survived by his loving wife (Elaine); their four children Greg (Debra), Audrey (Bill), Sharon (Doug) and Danny and the mothers of his grandchildren Sandy and Janet; 10 grandchildren Devon (Rosemary), Dawson (Chassidy), Aimee, Meagan (Gifford), Aaron, Austin, Shelby, Kristen, Quentin and Mitchell and 4 great grandchildren with another on the way; his 2 brothers Leo and Del (Marg) and Sister-in-Law Mary. He is predeceased by his parents and brothers Wilbert and Earl Carruthers. Roy attended school in Flowery Dale until grade 8, he left school to work, mostly in the farming industry. Roy spent 20 years working with the City of Saskatoon, he then went on to his greatest joy, farming. He tended to his section of land, just west of Saskatoon, and the cattle until he semi-retired in 2005. He and Elaine spent their retirement at their home away from home, the family cabin at Emma Lake. Roy enjoyed life to the fullest, spent lots of his time travelling, his favourite destination being Las Vegaswhere he got one last trip in 2013. His home and cabin were always full of his children and grand-children, he was the greatest of story tellers, captivating them all with the tales of his life. He spent countless hours fishing with his grandsons at the Anglin Lake Bridge. He loved his pontoon boat, cruising the lake was one of his most loved past times, when he was not on the lake he was admiring it from his front porch. He spent many early mornings watching cartoons with the little ones or taking them for tractor rides. He got so much joy from his grandchildren. Our family would like to send a heartfelt thank you to the staff of St. Paul's Hospital, especially Dr. Stryker and the Renal Department staff, as well as the nurses of the 6th floor and the emergency room team. At Roy's request there will be no service, in lieu of flowers we ask that you make a donation to the Canadian Diabetes Association or Renal Department of St. Paul's Hospital.

Share Your Memory of
Roy
Upload Your Memory View All Memories
Be the first to upload a memory!