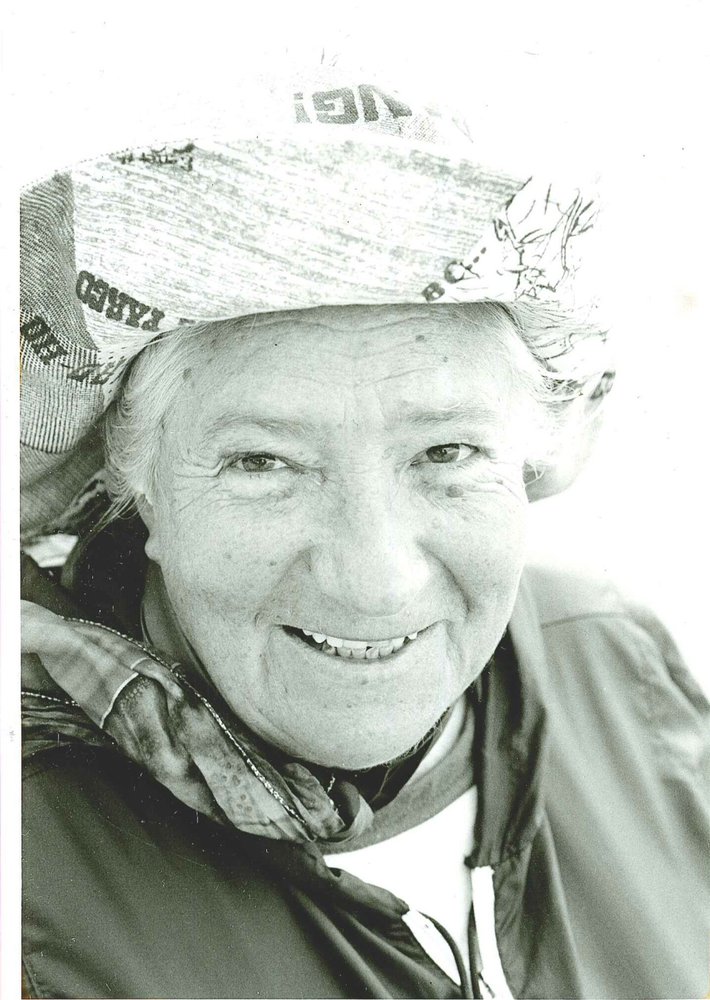 Her final service will take place 1:00 p.m. Tuesday, September 15 at the Saskatoon Funeral Home on 4th Ave. and 25th St.

Helga Ruth Irene Schulz (born Kiesendahl) left this earth the morning of Wednesday, September 9th, 2015, While she had a variety of health an mobility issues, her departure was unexpected. Helga was mother to one daughter  Ingrid (Gabert) and six sons  Jorg, Richard, Peter, Johann, Paul and Chris (Schulz). She was blessed with many grandchildren and great grandkids. All were much loved. Family, friends, and close relatives in Germany, Taipei and across Canada will miss her. Helga was born April 5, 1928 in Stettin-Pommern, Germany. In 1948 she was a young nurse at a hospital in Jugenheim. Almost missing a train led to a chance encounter with a tall handsome young man and their destinies were intertwined forever. She married Richard on February 18th. Their first two children were born in Darmstadt before the wanderlust of adventure overtook them and they moved to Canada in 1957. Helga worked as a Maternity nurse at City Hospital, where she was well known and appreciated by new moms delivering babies there. She also made regular visits to deliver more sons until the untimely death of our dad at the age of 48 . Our mom lived a life full of adventure. She was known to take many an impromptu trip! Summers at Candle Lake were filled with swimming and sun sets  both of which she could barely live without. She had many interests and talents  singing in the Concordia Club Choir, acting in Summer Players, participating in Camera Club and Orchid Society playing the piano/organ/accordion to name a few. She was such a support of Shakespeare on the Saskatchewan she was considered part of it, often performing a soliloquy as Juliet at fundraisers. Another important part of Helgas life was her spirituality. Trinity Lutheran Church and Pastor Mark were a great support

Share Your Memory of
Helga
Upload Your Memory View All Memories
Be the first to upload a memory!
Share A Memory