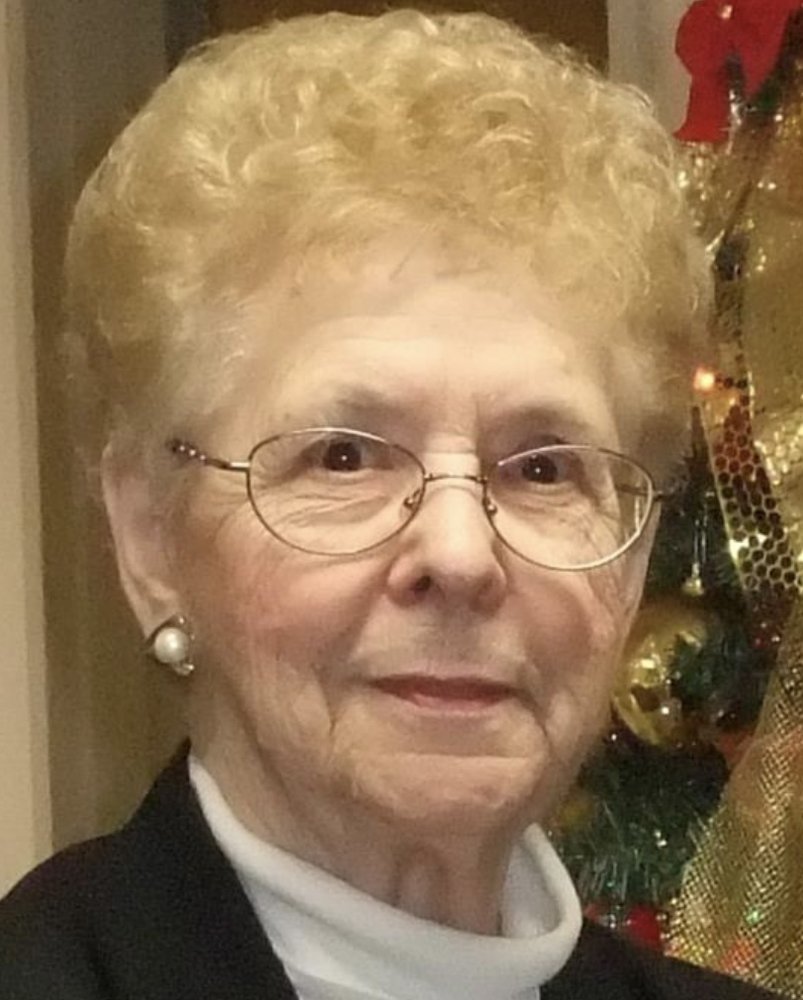 Betty Doreen (Rauch) Smith, of Melville, SK was born on March 22, 1931 in Regina, Sk. to the late Elizabeth Csinos (nee Rauch), peacefully passed away at age 87 on August 22, 2018 in Saskatoon, SK. Betty was the beloved wife of the late John Lodington Smith and is survived by her son, Kim; daughter, Robynne; and grandchildren, Kyle Pochylko and Ryan Pochylko. She transferred to Cupar with the Royal Bank in the 1950’s where she met John, the love of her life. After staying home to raise her children she returned to work in 1967 for the Cupar and District Hospital as Board Secretary and Administrator until retiring in 1996. After three years of retirement, Betty then returned to work at the Cupar and District Nursing Home as Administrator retiring once again in 2003 at age 72. Betty’s passion was to help others, especially children in the Cupar community and beyond. She was an active member of St. Mary's Anglican Church by attending regular services and leading a youth program called Juniors where she also became the overall Junior’s Leader for the Qu'Appelle Diocese. Her Junior’s Rallies were fun, creative and enjoyed by all. One of her best accomplishments was being ‘Akela’ for the Boy Scouts in Cupar for 50 years, helping so many young boys in Cupar to develop leadership skills. She also became the Whooper Valley Scouting Commissionaire. Betty’s other volunteer work included leading Pedal Pushers Bicycle Safety course every spring and organizing the Cupar Figure Skating Club where her choreography and background sets gave Cupar some amazing carnivals that rivalled the professionals. She was also known to clown around and have a large box of costumes and puppets for all to use. Some of Betty's other hobbies were planning and decorating halls for various events and for making the best apple strudel in the land. The family invites donations in Betty's name to St. Ann's Nursing Home, Scouts Canada, and Alzheimer’s Canada. Friends and family can pay their respects at the Celebration of Betty’s Life & Memorial Service to be officiated by Rev. Ella Frank, at 1:30 pm, on Saturday, October 6, 2018 at the Cupar Town Hall, 901 Assiniboia Ave, Cupar.

Share Your Memory of
Betty
Upload Your Memory View All Memories
Be the first to upload a memory!