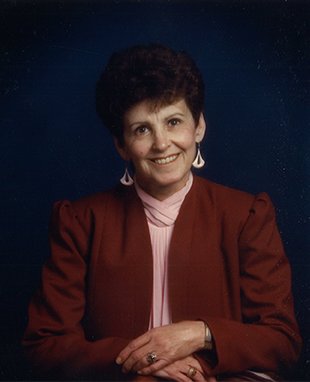 It is with great sadness that the family of Alberta Pollard announces that she passed away peacefully on October 21, 2019 at Oliver Lodge in Saskatoon. She will be lovingly remembered by her two daughters Arlene (Tim) Nilson, and Sandra (John) Thompson. Her five grandchildren, Corey Nilson, Wade (Tara) Nilson, Mark (Ronalda) Nilson, Erin (Harley) Holcomb, and  Lisa (Jason) McLaughlin.  She was pre-deceased by her loving companion Edmund Granrude. His children are Lori (Lorne) Wishart, Sheri (Scott) Negraiff, Duane (Marg) Granrude, and grandchildren Keshia (Landon) Halmrast, Chynna (Kodi) Sadler, Teagan Wishart, Blaze Granrude, and 21 great-grandchildren. Alberta was also predeceased by her parents Mike and Mary Bazowsky, her brother Albert Bazowsky and sisters Albena Kalyn, and Alyne Kindratsky, as well as son-in-law Tim McLaughlin. Alberta was born on April 7, 1933 in a house by her parents store in Alvena Saskatchewan. She was 3 years old when they moved to Prince Albert were she attended St. Mark’s School. She worked at Burns in Prince Albert after she left school and married Vern Pollard on September 29, 1951, then stayed home to raise her family and later on worked at Pete’s Bakery. She and Vern divorced in 1998. She lovingly took care of her mother for many years and always loved it when family came to visit. She enjoyed knitting, crocheting, gardening writing poems and dancing. In her early years she travelled coast to coast form Newfoundland to British Columbia as well as many other places such as Texas and Mexico. Many of the pleasures that she shared with Ed in later years were travelling, fishing and camping as well as spending time with him studing the bible and visiting members of the church. Funeral Services will take place on Sunday, October 27, 2019 at 1:30 at Saskatoon Funeral Home followed by a reception at the Edwards Family Centre. In lieu of flowers donations may be made to the Canadian Cancer Society or a charity of choice. Condolences may be left for the family at www.saskatoonfuneralhom.com . Arrangements have been entrusted to Saskatoon Funeral Home 306-244-5577.

Share Your Memory of
Alberta
Upload Your Memory View All Memories
Be the first to upload a memory!