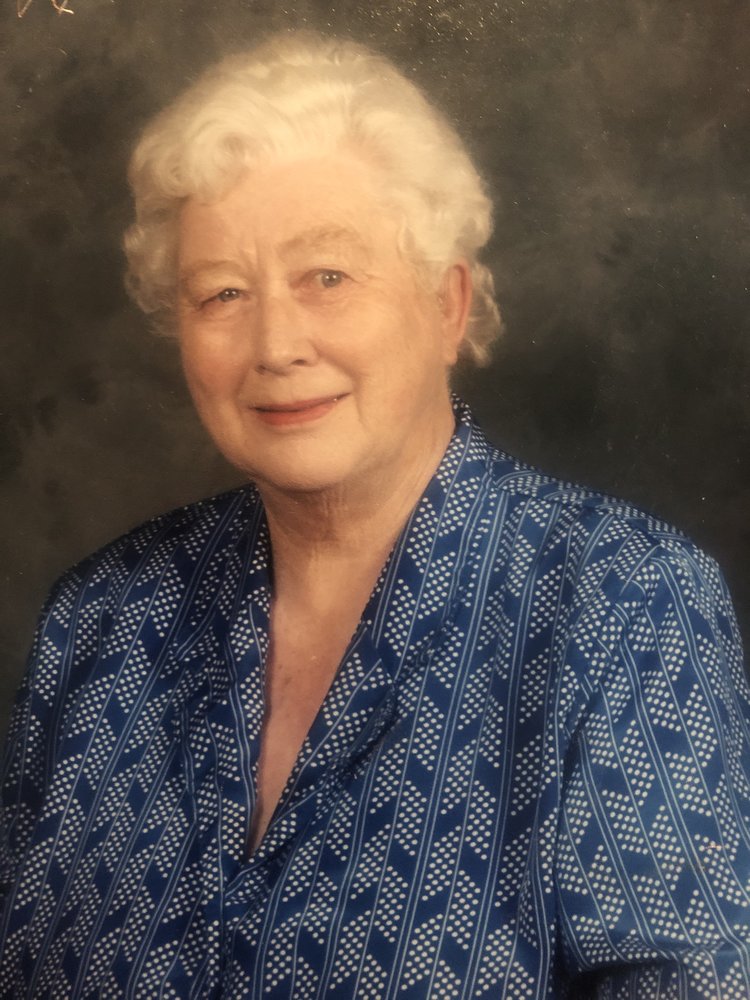 Vilda Marguerite Laing passed away October 24, 2019 at St. Paul’s hospital in Saskatoon at the age of 87 years.  Vilda leaves to mourn her passing; her children, Leslie (Valerie) Laing, Kenneth (Rhonda) Laing, Sarah (Greg) Petrisor; her grandchildren, Glenys (Corey), Janyne, Kendra, Brittainy (Luke), Emily (Ryan), Vanessa (Mark), Sianne (Braeden); great grandchildren, Theo, Harrison and Atticus; sister, Evelyn Matzner;  sister-in-law, Marie Dutnall; and foster brother, Martin McPete. Vilda was born in Kindersley, Saskatchewan on December 25, 1931, the eldest child of Mildred and Ernest Dutnall.  She grew up in North Battleford, Sk.  Vilda was married December 28, 1951 to William George Laing.  They settled on their farm at Gallivan, Saskatchewan.  Their eldest son, Leslie Andrew, was born August 16, 1953.  Kenneth George (January 12) and Sarah Jane (October 29) were added to the family in 1966.  In the summer of 1983, Vilda and Bill moved to Cut Knife, Saskatchewan and while there, enjoyed their retirement years.  Vilda enjoyed all aspects of farm life.  She was always welcoming and generous with those that came to her home.  Sunday suppers often included friends and neighbours.  She immersed herself in the Gallivan/Cut Knife Communities.  Over the years, she was on the boards of the United Church, the Cut Knife Library, Cut Knife School, and North Battleford Regional Care Centre.  Vilda was a strong believer in supporting one’s own community and was an active member of all local cooperatives:  the Wheat Pool, the Credit Union, and the Co-op.  She was an advocate of the family farm, and spent her entire working career a strong supporter and volunteer of the Saskatchewan Farmers Union and subsequent National Farmers Union.  Vilda shopped locally whenever she could and brought a community minded philosophy to everything she did.  Vilda moved to Saskatoon in the fall of 2013 as her health was starting to fail.  She spent her last two years at Sherbrooke nursing home. Vilda is predeceased by her mother, father, husband, brothers (Wesley and Roy), and numerous other brothers-in-laws and sisters-in-laws. The Celebration of Vilda’s life will be held at McCLure United Church 4025 Taylor St. E) on Thursday October 31, 2019 at 1.00 p.m. with Rev. Laura Fouhse presiding.  Interment officiated by Rev. YongSeok Baek (Cut Knife United Church) will take place on Friday November 1, at 1.00 p.m. at the Rockhaven Cemetary, SK.   Lunch to follow at Cutknife United Church at 2:00 p.m.

Share Your Memory of
Vilda
Upload Your Memory View All Memories
Be the first to upload a memory!