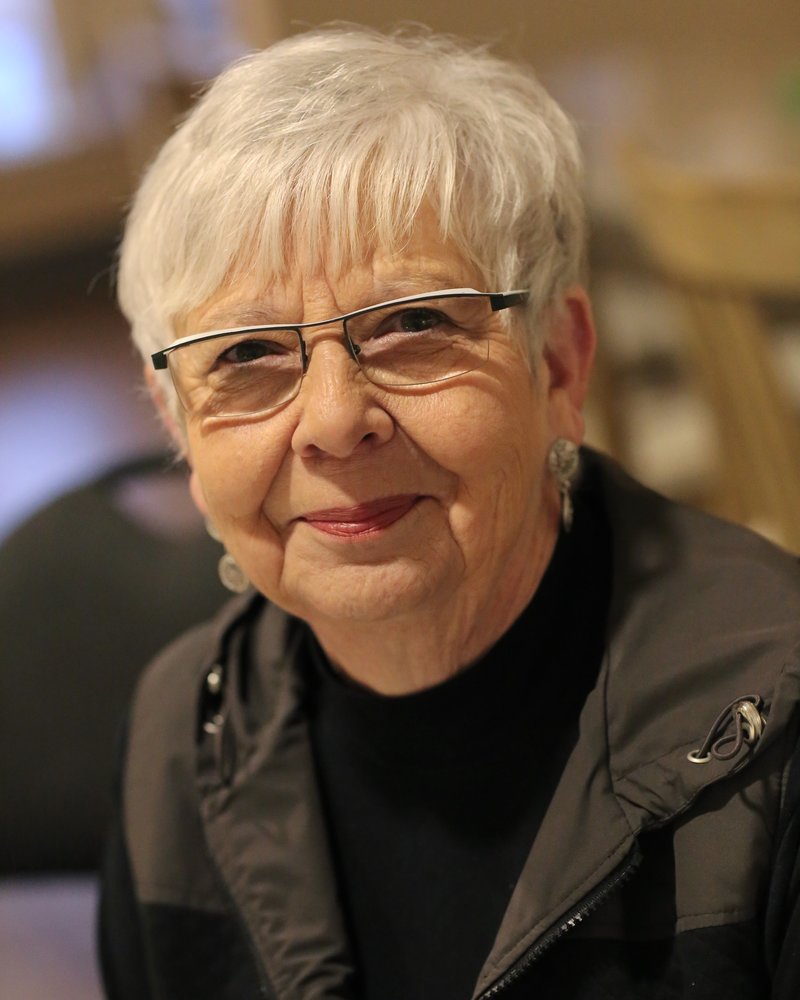 It is with profound sadness that we announce the passing of Gayle Bowles nee Hart Dec 30, 1946 – Nov 10, 2019.
Gayle was born in Prince Albert to Abby and Vida Hart and was the younger sister to Carole and Bill. She attended elementary school in Prince Albert until the family moved to Saskatoon and she attended high school at Sion Academy.
Mom’s greatest dream was to become a wife and mother and she started on this path of excellence when she met Les on a blind date in August of 1964. They were married in 1966 and immediately started their family. She was a stay-at-home mom until all her children were in school full-time, then went back to work with most of her career spent as a Pharmacy Technician, retiring in 2006.
Mom’s greatest joy in life was spending time with her family. Summers were spent at the family cabin in Waskesiu when she was a child and that tradition continued with her own family camping at Beaver Glen campground every summer. In later years, her and Les would go to the lake together with their last visit being this past October.
Christmas Eve at Grandma and Grandpa’s was another tradition that Mom loved and made very special for us all and was always a highlight of the year in the lives of the grandkids. Christmas will never have the same shine without her gentle touch and laughter.
Mom’s passing has left an irreplaceable hole in our family. She was both wise and discerning, a patient peacemaker, and kind and respectful to all who crossed her path. We will never be the same without her but are grateful that she is no longer sick and is at peace with the Lord in Heaven.
Gayle was predeceased by her parents Abby and Vida Hart, her in-laws Herbert and Florence Bowles, infant daughter Diane and sister-in-law Barbara Hart.
She is survived by her husband Les; sons Mark (Krista), Shad, Mitchell (Shelby), Brynn; Michael (Carla), Braden; Paul (Darcie), Sydney, Halle; daughter Deb (Barry), Michael and Matthew. She is also survived by sister Carole (Don) Watson and brother Bill Hart.
In lieu of flowers, donations may be sent in Gayle’s name to SPH Palliative Care Unit.
The family would like to thank all the Doctors and Nurse’s that helped Gayle through her illness but particularly Karen CCA Oncology 6100 and Michelle and Maureen SPH Palliative Care for their gentle and kind care of Mom.  The Celebration of Life wil be held on Satuday, November 16th at 2:00 p.m. from Saskatoon Funeral Home.

Share Your Memory of
Gayle
Upload Your Memory View All Memories
Be the first to upload a memory!