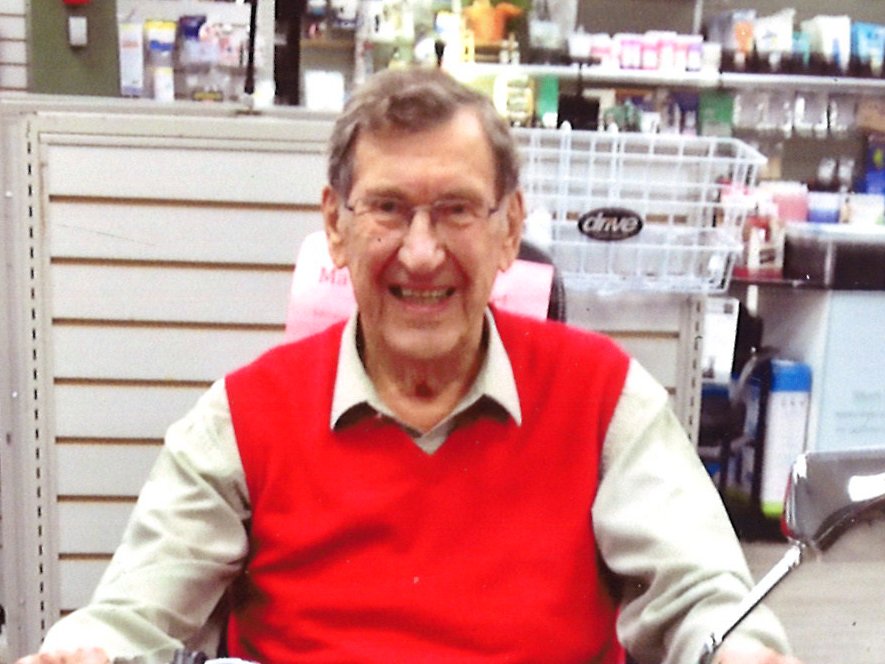 Roy L. Good passed away peacefully with his family by his side on November 14, 2019. Roy was born in Winnipeg ,Manitoba on June 12, 1927. Roy’s mother came to Canada,( Winnipeg MB.) from Reykjavik, Iceland. His father was born in Winnipeg but Roy’s grandfather was born in England and came to Canada with a group of settlers which became known as the Red River Settlers. Roy spent his early years in Winnipeg. At the age of 16 years he joined the Navy with the HMCS Chippewa Winnipeg and spent 3 years in the North Atlantic running convoys from North America to Europe. Roy was discharged in 1946. In 1949 he married Elvene Montgomery in Dawson Creek, BC. They had two children, Brian born in 1950 and Debra born in 1953. In 1955 the family moved to Saskatoon where Roy has resided ever since. He partnered with two other businessmen to form Asphalt Services until 1972 when he struck out on his own and formed a company importing Dynamometers, retiring in 2011 at age 83. On June 11, 2012 Roy married long time friend Anna Wiebe in Saskatoon. Roy was a member of Ionic Lodge #31 A.F. & A.M. in North Battleford joining in 1952. He was also a member of the Elks Lodge joining in 1955.
Roy was predeceased by his wife Elvene in February of 2004, parents Alfred and Johanna, 3 brothers and 2 sisters. He is survived by his wife Anna, son Brian (Marj) of Saskatoon, daughter Debra (Miles) Wiesbrod of Saskatoon, 6 grandchildren , 4 great grandchildren as well as step-son Herman (Martina) Von Biela of Saskatoon. A Celebration of Roy’s life will be held on Wednesday, November 20, 2019 at 11:00 am at Saskatoon Funeral Home, 338 4th Ave N.

Share Your Memory of
Roy
Upload Your Memory View All Memories
Be the first to upload a memory!