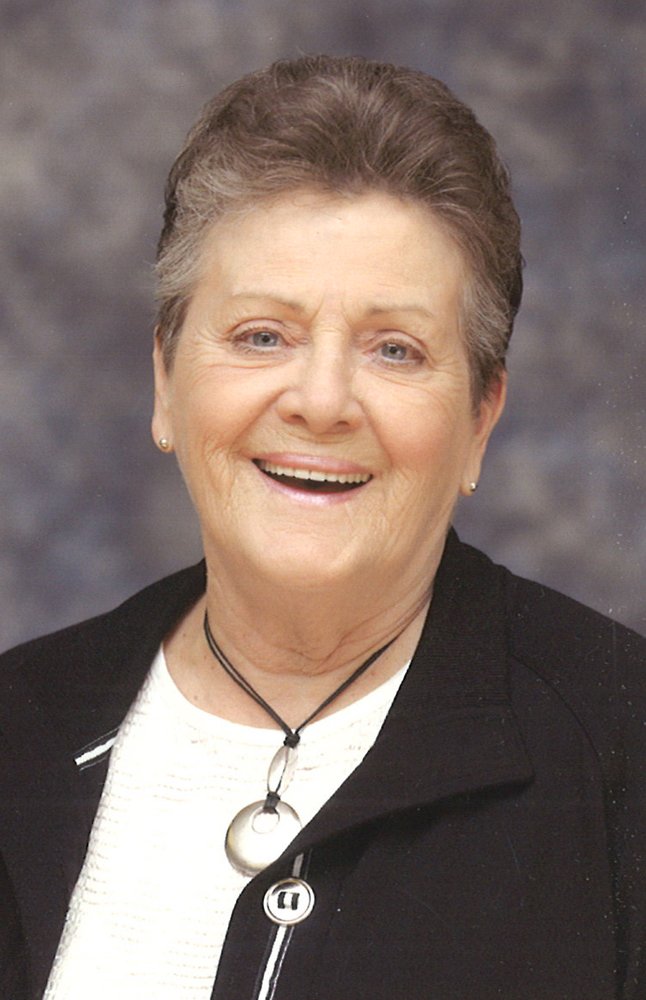 To watch the recording of the Service, Please click this link:
https://video.ibm.com/embed/recorded/130872501

It is with saddened hearts that the family of Georgie Davis announce her passing on May 19, 2020, at the age of 81 years, at St. Paul’s Hospital Palliative Care. Her struggle with lung cancer and COPD is now over.  Mom was born on September 8, 1938 in St. Boniface, MB to Alice and George St. Pierre. She was the second child, a sister to Lorette. Oh the stories we heard about these two as they grew up! When Mom was 4 years old, the family moved to the Flin Flon area. Her early education, grades 1 – 6, occurred at the convent in Wauchope, SK. It was after this time that the family moved from the rural area into Creighton, and education was continued at the school in town. She met Reg in Flin Flon, and they married in January, 1956. They began their family there, and 10 years later moved to Saskatoon.

Mom was a homemaker until the youngest was old enough to be alone, at which time she ventured into the workforce as a Tour Guide at the Saskatoon Star Phoenix. She really loved taking the school groups around, showing them the big press, and the inner workings of newspaper production. Mom was a faithful subscriber and reader of the Star Phoenix until the end. Mom also worked in catering for Food Services at the U of S. She took great pride in her duties, and was well respected there. She often led the team whenever there was a function at the President’s Residence.

Mom was a woman of many talents, especially in the kitchen. She was a wonderful cook and baker, and was well known within the family for her cinnamon buns (cinnies), ginger snaps, and peanut brittle. The St. Pierre family is all about the food, and Mom’s contribution was always eagerly anticipated!

Throughout her life Mom maintained a strong Christian faith within the United Church, her last congregation being Knox United. She was active on many a committee over the years, and was always volunteering to bake or cook or work in any capacity. She made many friendships through the church, and they helped keep her going through trying times. Her true second family came through her community in Al-Anon. She made so many friends, yet they were more like sisters. Audrey, Helen, Ruby, Kathy, oh far too many to mention!! You all were part of Mom’s rock!

It was when Mom moved into Shepherd Apartments that the next best friend was made. When she met Jackie and they discovered that their birth dates were two days apart, but 5 years in difference – which Mom never let her forget – an instant bond was formed. These two were joined at the hip for the 10+ years they had before Jackie passed. Many a trip was taken, and a great time was had! While her life had many challenges, Mom met them all with grace and strength. She will be forever missed by her family, and friends.

Share Your Memory of
Georgie
Upload Your Memory View All Memories
Be the first to upload a memory!