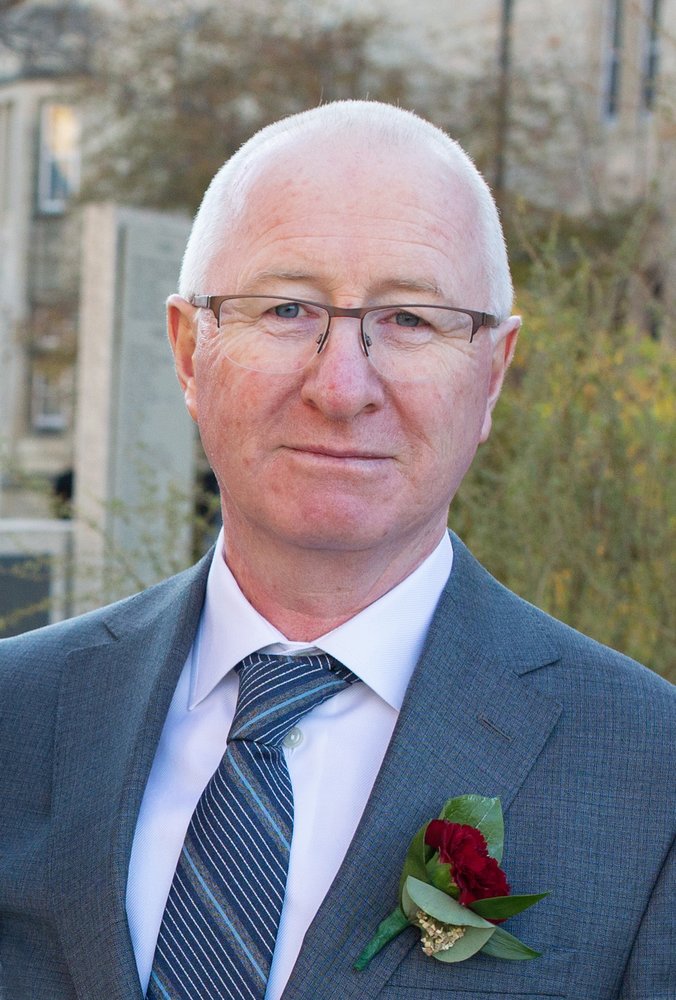 To Watch Live Stream of Service click this link: https://video.ibm.com/embed/recorded/128800839

It is with deep sorrow the family of Peter John Hynes announces his death on Wednesday, November 25, 2020 as a result of glioblastoma. Born March 21, 1957 to John Alexander and Patricia (McCambridge) Hynes, he moved to Canada from Scotland with his family in 1964.

Growing up, Peter lived in Winnipeg, MB, and Kentville, NS, before attending Acadia University, where he met Janet. Peter obtained an M.A. degree at the University of York, England, and a PhD in Comparative Literature from the University of Toronto. He taught English at the University of Saskatchewan for 30 years. On retirement in 2018, Peter moved to Regina, where Janet was working, and relished getting to know the city and meeting new friends.

A raconteur and story-teller, Peter possessed a formidable intellect, but his true gift was, in the words of a colleague, the “kindness, humour and grace” he offered to all. In his spare time, Peter shared his passion for music by playing in the worship band at Grace-Westminster United Church and in several groups of varying genres. An enthusiastic soccer player, Peter coached at the community association level for many years. He also loved camping, hiking, cross country skiing, and exploring out-of-the-way corners of Saskatchewan. Peter’s creative wit made him a phenomenal language learner and an inveterate punster. Taken from us far too soon, he will be missed by all who knew him.

Peter and Janet returned to Saskatoon in February of this year so that Peter could receive cancer treatment, leaving Saskatoon only once thereafter to make a physically distanced visit to the Western Development Museum in Moose Jaw. Peter faced his final illness with strength and equanimity. Although it was difficult to see Peter struggle with the limitations imposed by the disease, we cherished our time with him. We wish to thank the many medical professionals who looked after Peter, especially the Saskatoon Palliative Home Care nurses whose excellent support enabled us to care for Peter at home throughout his illness.

In lieu of flowers, donations can be sent to the Royal University Hospital Foundation or a charity of your choice in Peter’s memory. A Celebration of Peter’s life will be scheduled in 2021 as circumstances permit. A private funeral will be held at 11:00 a.m. on Tuesday, December 1st, with a livestream available through Peter’s obituary on the Saskatoon Funeral Home webpage.