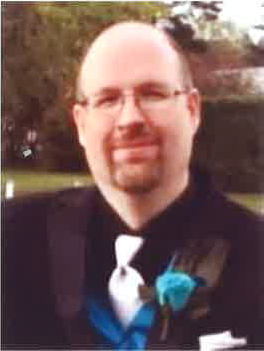 It is with profound sadness we announce the passing of Scott Summach on May 13, 2021 after a courageous battle with pancreatitis.

Scott is survived by: his loving wife, Jennifer; his parents, Neil and Bev Summach; his brother, Blair (Heather); his nephews, Brock, Ryder and Daxon; niece, Teagan; his mother-in-law and father-in-law, Dell and Bobbi Bayne; his brother and sister-in-law, Jared and Julie Bayne (Kaden and Paige); and his special friend, Terra Lim.

Scott was born and raised in Saskatoon.  He graduated from Walter Murray Collegiate.  Scott went to SIAST in Moose Jaw for one year studying accounting.  He worked for several companies before settling into his position as a Guest Services Representative at Dakota Dunes Casino for the last 8 years.

Scott and Jenn spent 31 years together.  They recently celebrated their 14th Wedding Anniversary.  Together they enjoyed camping, travelling and spending time with family and friends.

Scott loved to fish.  His days off would often find him at one of his favourite fishing holes in the early hours of the day.  Scott had a deep love for animals and has had many fur babies over the years.  Scott liked to gamble and his favourite place to visit was Las Vegas.

Scott was the epitome of the “nice guy” – always willing to help and go the extra mile.  He will forever be cherished by Jenn and his loving parents.  He will be missed by many friends and family.

We would like to give our heartfelt thank you to the doctors and nurses at St. Paul’s Hospital.  Our most sincere love and respect go out to the nurses in the ICU for the wonderful care and attention given to Scott.

There will be a memorial service for Scott once Covid restrictions are loosened.

In lieu of flowers, donations can be made in Scott’s name to the ICU at St. Paul’s Hospital in Saskatoon or to an animal rescue of your choice.

Share Your Memory of
Scott
Upload Your Memory View All Memories
Be the first to upload a memory!