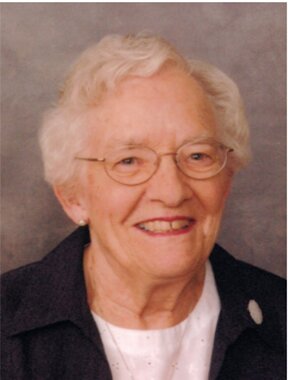 To watch the recording of the Service, please click this link:
https://video.ibm.com/embed/recorded/130936304

Jane Gertrude Trotter passed away at Lloydminster Hospital, Lloydminster, Saskatchewan, September 13, 2021 at the age of 90 years.

The Memorial Service for Jane will be conducted from St. Stephen's Anglican Church, Saskatoon, Saskatchewan on Tuesday, September 21, 2021 at 3:30 PM.

Donations in memory of Jane may be made to Alzheimer's Society of Canada.

Share Your Memory of
Jane
Upload Your Memory View All Memories
Be the first to upload a memory!