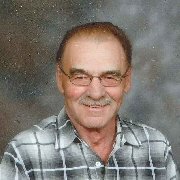 Joseph Holick passed away peacefully, with his family by his side, on Thursday, July 9th, 2015, following a brief battle with cancer. Joseph was born in North Battleford on February 27th, 1939. He spent his entire career as a Journeyman Carpenter, working throughout Saskatchewan, Alberta and British Columbia. He enjoyed spending time with family, gardening and sports  especially following his grandchildren's sporting activities and watching hockey on TV. Joseph was predeceased by his parents, Frank and Clara Holick and his sister, Mabel Lindsay. He is survived by his loving wife of 53 years, Ethel; sons, Gord (Janet), Glen (Melissa); daughter, Gail (Doug) Steeves; six loving grandchildren, Joseph, Shaun, Josh, Amy, Allison, and Ryan; sisters, Francis, Elizabeth (Wayne) Campbell, Emily Lemecha; and brothers, Walter (Hazel), Stanley (Alice), and Frank. Visitation will be held at Saskatoon Funeral Home (338 4th Ave N.) at 6:00 p.m. on Sunday, July 12th. A Mass of Christian Burial will be held at St. Mary's Parish (211 Ave. O South) at 10:30 a.m. on Monday, July 13th. Those wishing to remember and celebrate Joseph's life may do so with a donation to the Canadian Cancer Society, 440  2nd Avenue North, Saskatoon, SK S7K 2C3.

Share Your Memory of
Joseph
Upload Your Memory View All Memories
Be the first to upload a memory!