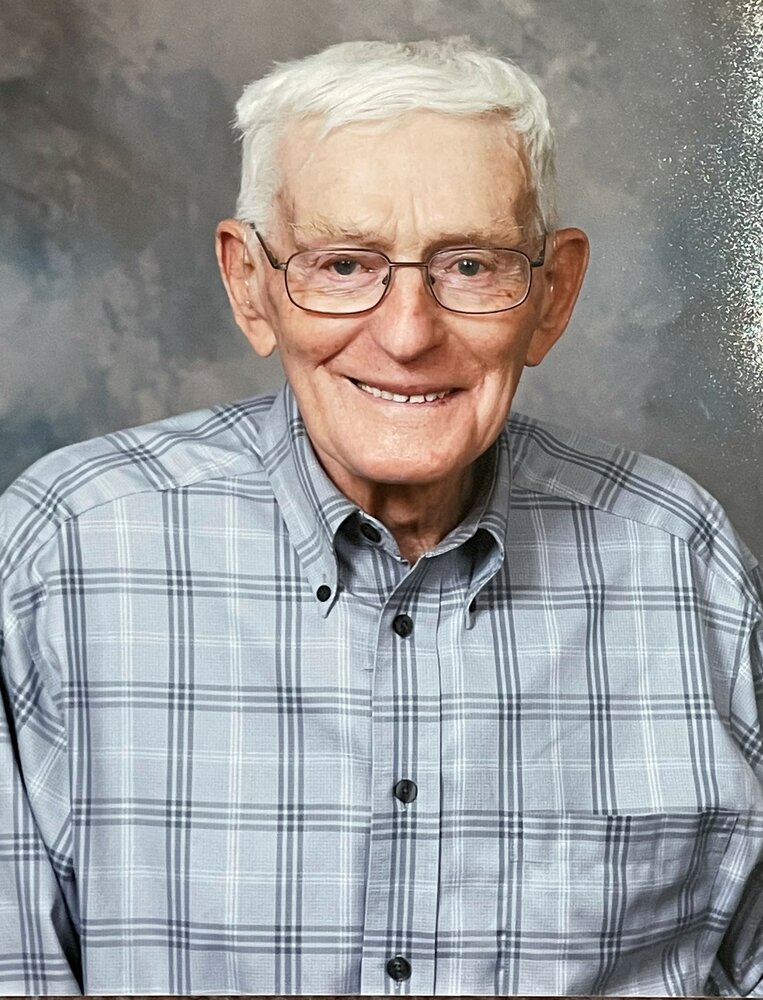 Get Directions
Saturday
21
May

To Watch the livestream service of the Mass, please click on the link below:

Robert (Bob) Lamy passed away peacefully at his home, St. Angela Merici Residence, in on January 20, 2022.

Robert was born in on May 17, 1927 to parents Felecien and Julia Lamy. He was one of 7 children growing up on the farm. At age 20, he met his wife Jeanne Hardy and were soon married on November 22,1950. Not long after their marriage they started their family together in Redvers, SK. Edward was their first child followed by , Irene and Suzanne. The family moved to where Robert began working at the local coal company as a welder. He continued to work at the coal mine until his retirement at age 65.

His second career was woodworking. He spent many hours in his backyard wood shop creating intricate pieces of furniture. Robert and Jean continued living in , travelling and visiting family and friends, and square dancing at the local club for 28 years. They then relocated to in 2012.

Robert had many talents, was never afraid to try anything new and was very quiet but always willing to lend a helping hand to family and friends.

In lieu flowers donations can be made in Robert’s name to a charity of your choosing. A special thank you to all the staff at St. Angela Merici Residence for the loving care and compassion that was shown to Robert.