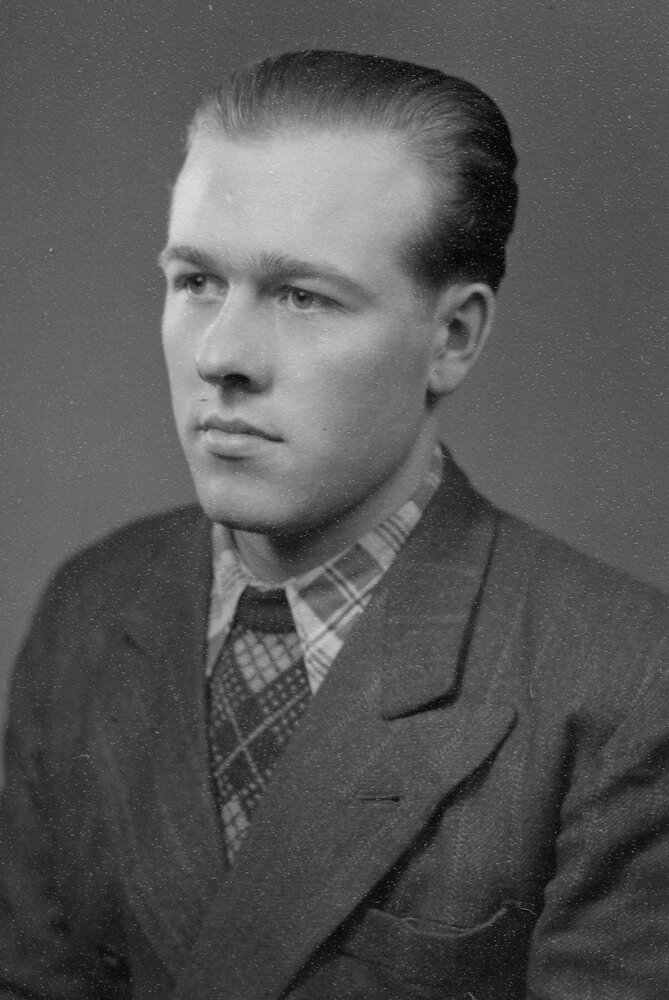 Alec passed away peacefully on January 27, 2022

Alec was born in Romania.  He and his family moved to Germany in 1939, then to Poland in 1940, then back to Germany in 1945.  He then emigrated to Canada in 1953, where he went to Goodsoil, SK and worked on the farm.  He moved to Saskatoon and worked there at several jobs.  He waited tables at the Bessborough to learn English, then went to John East Foundry for a couple of years.  He then went to Burnett’s Key Shop for many years, and in his final years he worked at the University of Saskatchewan as head locksmith.

He is predeceased by his parents Sigmund and Anastisia Hofmeister; his first wife Tillie Hofmeister (Schwartzenberger) married for 35 years; and his second wife Lillian Hofmeister (Hill) married 18 years.

The Celebration of Alois’ Life will be held in the spring of 2022.

Share Your Memory of
Alois
Upload Your Memory View All Memories
Be the first to upload a memory!
Share A Memory