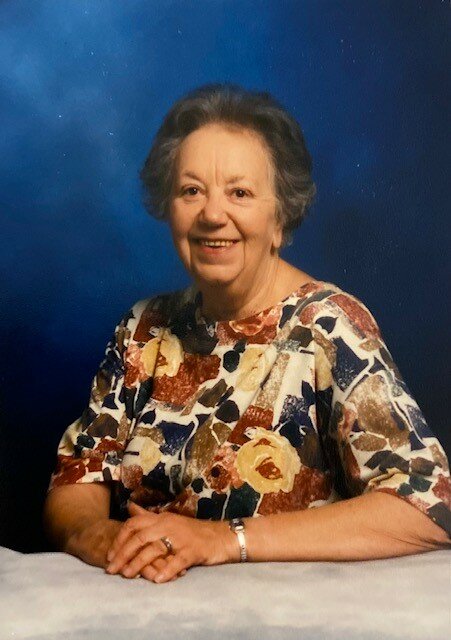 Poppy had an adventurous career spanning over 35 years with the Canadian government in the Department of Foreign Affairs.  She joined Canada's foreign service in the early 1960s at the height of the Cold War.  Poppy served Canada until 1991, well after the Berlin Wall had come down.  Her many foreign assignments included Washington, Moscow, Helsinki, Tehran, Ankara, Belgrade, Manila, Tokyo, Wellington, Brussels and Vienna.  Poppy had many stories from her adventures but only some she was willing or able to tell.

Having grown up on Saskatchewan Crescent overlooking the Bessborough, Poppy returned to Nutana in her retirement to enjoy the view from Victoria Place; a view and neighbourhood she loved.  Whether walking the bridges, enjoying dinner out, attending Persephone or The Bassment, Poppy enjoyed all that Saskatoon offers and particularly in the Broadway area.  The last few years were spent in Sunnyside Care Home where the staff provided kind, patient and compassionate care.  The irony of a lifelong Liberal spending her remaining years in the Diefenbaker neighbourhood at Sunnyside was something that gave Poppy a chuckle.

Left to celebrate her remarkable life are her nephew and nieces on the west coast. David (Deborah) Reid, Dianne Reid and Linda (Ric) Tornroos and their families.  Also holding her memory dear is Poppy's Saskatoon family, Mary Glauser, Lisa Thornton, Mark (Diane) Glauser and Michele (Colin) Thomas and their families.

A private service will be held at a later date.  Donations in Poppy's memory can be made to the Saskatoon Heart and Stroke Foundation 1738 Quebec Ave #26, Saskatoon, SK S7K 1V9 or the Saskatoon SPCA 5028 Clarence Ave S, Grasswood, SK S7T 1A7.

Share Your Memory of
Poppy
Upload Your Memory View All Memories
Be the first to upload a memory!
Share A Memory