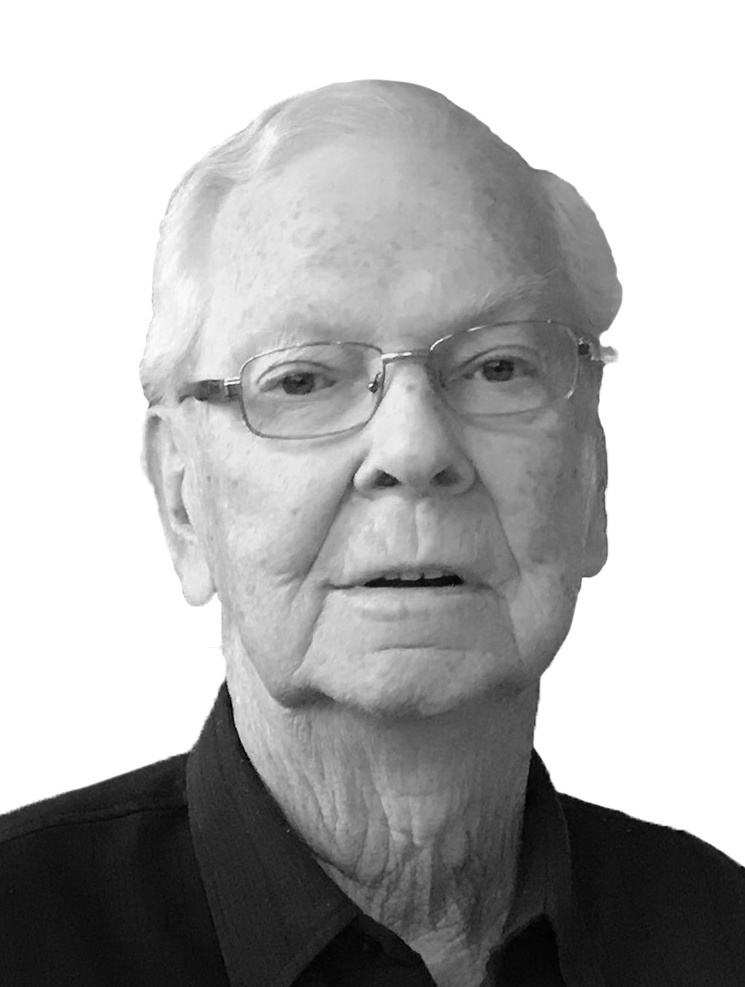 Maurice Proctor passed peacefully on the evening of May 11th with family at his side and the sun setting over the South Saskatchewan River outside his window.

Born in 1935, Maurice began life on a farm 2 ½ miles south of Primate, Saskatchewan - the youngest child of Mary and Percy Proctor.  He lived on the family farm with older brothers Earl, Clarence, Alvin, Ross, Lloyd, and older sister Frances. Following the sudden passing of his father, the family moved from Primate to Grasswood, SK in 1947.

In 1954, Maurice met Inez Soiseth, a beautiful business school student from Mayfair, SK. They were married in 1956 and for over 65 years enjoyed a wonderful life together. Maurice and Inez raised two sons, Warren and Dean and were pleased to add two amazing daughters-in-law: Peggy in 1984 and Sabine in 1989. They were also proud grandparents to grandsons (Lynden, James, Nolan and Mitchell); granddaughter (Claire) and special great-granddaughter (Hazel).

Maurice’s career in Power Engineering began at the Bessborough Hotel in 1959. In 1964, his career advanced to the Agriculture Canada Research Station in Swift Current.  Years later he would often say the move to Swift Current was one of the “best decisions of my life”!  He rose to become the Facilities Operations Manager and retired from Agriculture Canada in 1994, concluding a successful 35 year career in his field. Maurice and Inez moved happily into retirement, spending winters in the warm south, including 23 years in Yuma, and summers back in Saskatchewan on the golf course and the cottage at Nesslin Lake.

Maurice was a dedicated community volunteer: coaching youth baseball for many years; umpiring senior baseball; serving on the Boards of Swift Current Curling Club, Elmwood Golf Club and Frontier Days Exhibition Association.  His dedication to the SC Curling Club was acknowledged with a Lifetime Membership awarded in 1993.

Maurice loved sports!  Baseball, fastball, curling and golf were his playing passions.  Oilers hockey, Blue Jays baseball and any kind of curling games on TV gave him much pleasure, especially in his later years. More importantly, he loved watching his grandchildren on the hockey ice, baseball diamond, basketball court or show jumping ring.  He was so proud of his children and grandchildren and would say it often!

Maurice was the ultimate handyman who could repair or build almost anything. Gardening and Beekeeping were other hobbies he enjoyed. Grandpa Moe’s tomatoes made the best toasted-tomato sandwiches! Family and friends enjoyed honey harvested from the hives he tended for several years. But after enduring “one bee sting too many” and an allergic reaction - he decided it was time to start buying honey from the grocery store like everyone else.

Friendships were extremely important to Maurice. He and Inez always stayed connected to friends, with curling, golf and winters in Yuma the source of many of these friendships.

Maurice is lovingly remembered by Inez, his life-partner of 65 years; sons Warren (Peggy) of Saskatoon and Dean (Sabine) of Montreal; grandchildren Lynden (Janine & baby Hazel) and Nolan (Jocelyn) of Saskatoon; Mitchell (Sara) of Victoria; James (Melissa) and Claire of Montreal. He is also survived by one older brother, Clarence (Sheila) of Biggar, SK and many nieces and nephews from across the country.

Maurice’s family wishes to acknowledge and thank all the wonderful healthcare professionals – including Dr. Iqbal and Dr. Goubron from the Saskatchewan Cancer Centre - and home care providers who helped him in his final years. If you wish to make a donation in memory of Maurice, the family kindly asks they be directed to the Cancer Foundation of Saskatchewan: 200 – 4545 Parliament Ave. Regina, SK S4W 0G3.

A memorial tea and celebration of Maurice’s life will be held at 1:00 p.m. on Friday, May 20th, 2022 in Saskatoon at the Edwards Family Centre:  333 – 4th Avenue North. Parking is available across the street at Saskatoon Funeral Home.

Share Your Memory of
Maurice
Upload Your Memory View All Memories
Be the first to upload a memory!
Share A Memory