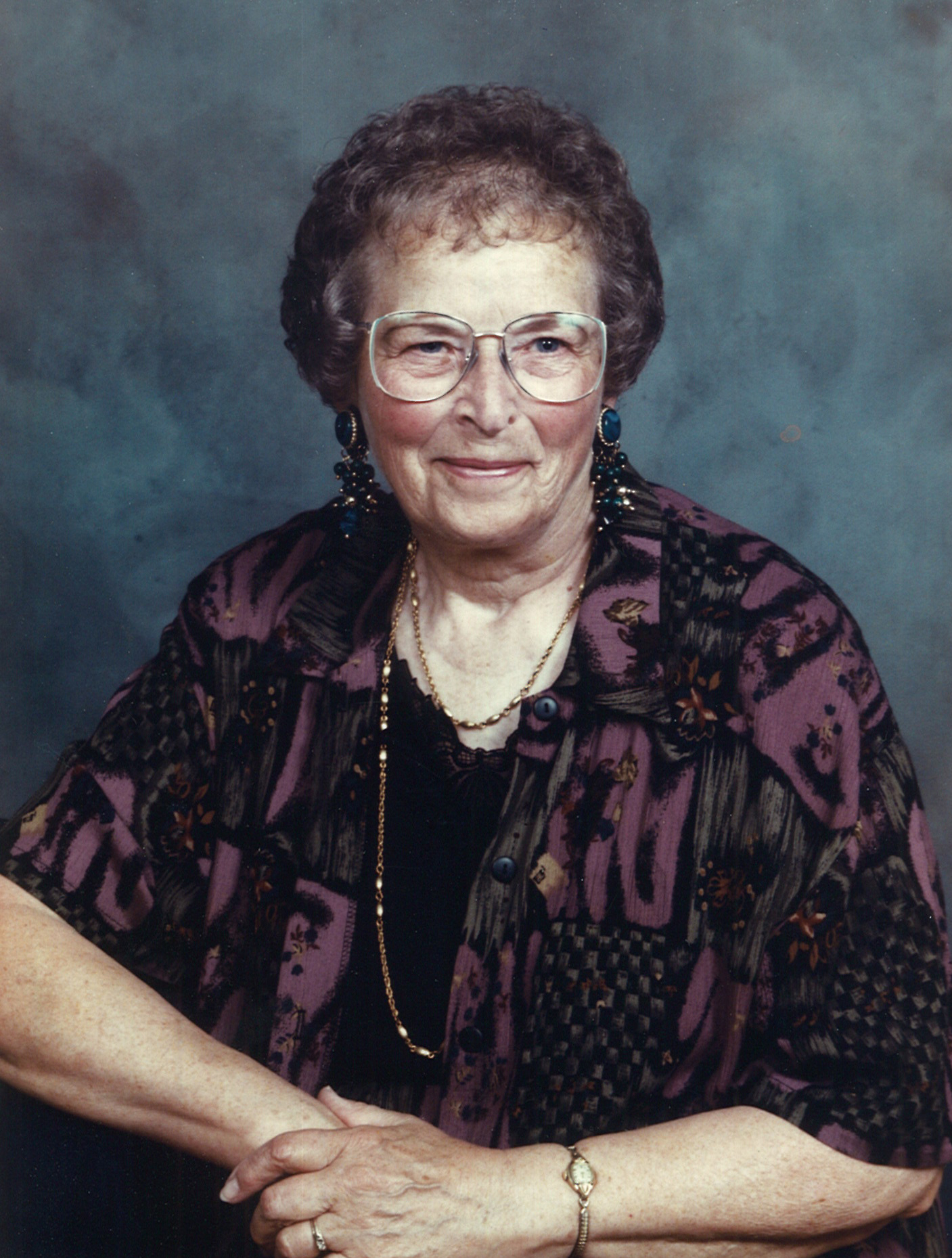 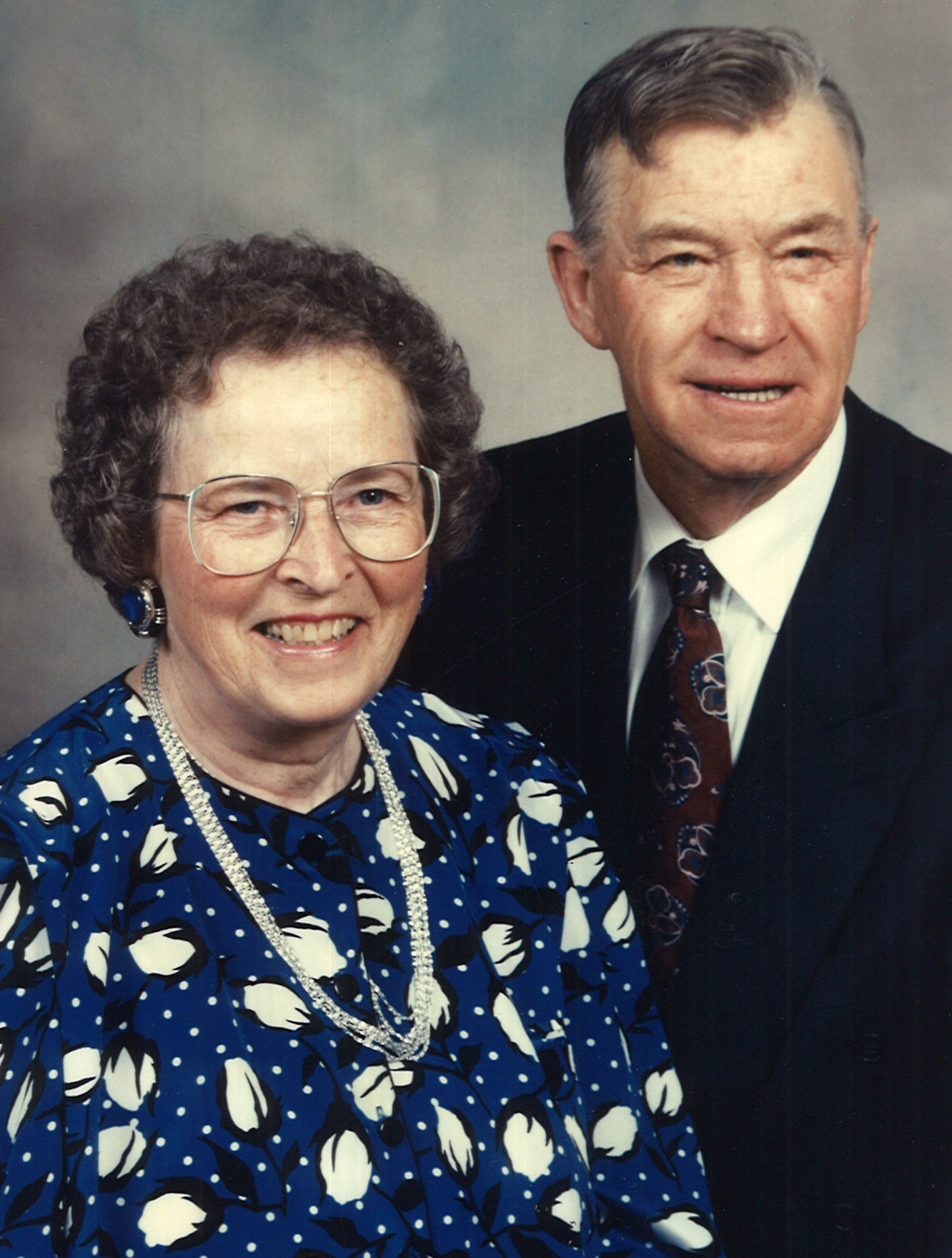 To watch the recording of the service click this link:

Barbara’s family are saddened to announce her passing but are comforted to know that she lived a long happy life.

A Funeral Service will be held at 2pm on Saturday June 25th, at the Delisle-Vanscoy United Church, 316 1st Street W, Delisle, conducted by Reverend Lindsay Mohn. Lunch to follow at the Delisle Senior Centre.

Barbara was born in Zealandia and grew up on a farm in Wiseton. She travelled by horse and buggy or sleigh to Almonte School and later attended and graduated from Wiseton School. After completing studies at Normal School in Saskatoon she began her teaching career at Minnesota School  (Vanscoy District), in 1946. There she met a young farmer, Merle. They were married in 1949.

Barbara and Merle’s farm began with two quarter sections and some share and purchased cattle. Together with Merle’s brother Alan, they bought their first Charolais bull in 1963. The farm grew and their Charolais herd became well known and respected. Barbara was a key partner in preparing for and hosting annual breeding stock sales over a period of more than 30 years. Involvement in the cattle industry included active membership in the Saskatchewan and Canadian Charolais Associations. Showing cattle at the Royal Winter Fair, the Saskatoon Fall Fair and Agribition were interesting and rewarding experiences.

Barbara planted a huge garden to feed her growing family and share with friends. It was not uncommon for her to deliver a freshly picked bowl of berries or a huge bouquet of flowers to a neighbour - just because…

Barbara was integrally involved in the community. Throughout her lifetime she was an executive member and/or active participant with many organizations, including: Minnesota Merry Makers, UCW, Vanscoy Community Recreation Board, Sunday School, Canadian Charolettes, Vanscoy Senior Citizens Club, Vanscoy United Church Board, and cemetery committees.  She valued personal family histories and the history of the Vanscoy area. In this regard she dedicated many hours to research, contributing to the publication of several books: ‘The History of Minnesota School District’; ’They Plowed the Way and We Followed’, Vanscoy & District History; ‘Golden Years of Time’, Vanscoy Seniors Citizens Club; and ‘Reverend Recollections’, a History of the Vanscoy United Church and its Ministers.

Barbara was a superlative hostess - frequently entertaining (and feeding) large groups of friends and relatives - and making it look easy! New friendships were forged as Barbara brought together people from different walks of life.

Her family and friends will especially miss and remember Barbara for the way she observed the hidden beauty of the world around her. …counting the seeds sprouted when grain testing…noticing how many inches a plant grew in a day…watching prairie chickens ‘tobogganing’ down snowbanks.

Donations in Barbara’s memory can be made to Delisle-Vanscoy United Church, Box 98, Delisle, SK S0L 0P0, the Saskatoon Community Clinic, or a charity of choice.