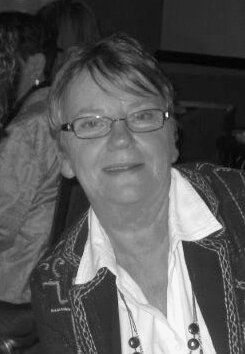 This is a message from Marilyn, “It was great having a huge family but the downfall is you don’t always get to see everyone. It was a blessing we had visits and messages from so many of you. Retired from Sasktel in 2010. A fun filled career working with great people. I started my fight with cancer in 2011 and soon learned you don’t know how strong you are until being strong is the only option you have. Thank you so much for all the visits, the phone calls, flowers, cards and all the food, very much appreciated. I leave behind my best friend and husband Albert , who was my biggest supporter. My daughter Wendy (John) Sabo and grandchildren Alyssa & Matthew Williams, Ben & Sam Jacklin. My son Jeffery (Kierra) granddaughter Katerina and my son Trevor (Shannalee) grandchildren, Ashlynn, Liam and Ethan”.

In lieu of flowers please donate to Hospice at Glengarda. At my request there will be no funeral.

Share Your Memory of
Marilyn
Upload Your Memory View All Memories
Be the first to upload a memory!
Share A Memory