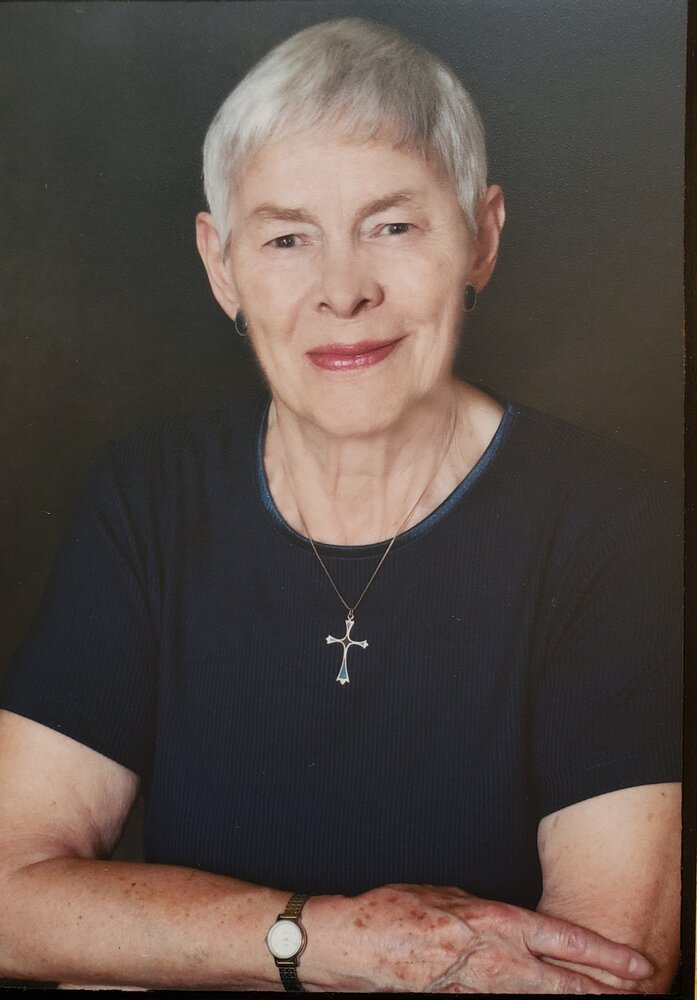 At age 6, Kate moved with her family to Saskatoon where she completed high school, and an English degree at University of Saskatchewan.  Shortly after that, she completed her degree in Library Science at University of Toronto.  She then worked in the Windsor area doing library work for a short time before returning to Saskatchewan, where she met Peter Toews. They were married May 9, 1959 in Saskatoon. They moved to Prince Albert in 1961 where they purchased their first house and began to raise a family.  Kate then worked a full career in libraries in Prince Albert, as well as excelling as a wife, mother and homemaker.  She loved literature, and often had multiple books borrowed from the library at any given time. She also loved crossword puzzles and all manner of word games, and was a formidable opponent when playing Trivial Pursuit, usually emerging victorious. Kate loved music. She enjoyed singing and completed Grade 8 Royal Conservatory in piano as a young lady. Later in life she was a season ticket holder to the Saskatoon Symphony Orchestra. Kate had the privilege of spending summers at Okema beach, Emma Lake for much of her life, starting from early childhood.  Kate and Peter built a log cabin by hand on the same beach in the 1960s. On the morning of Wednesday, July 27th, 2022, Kate woke up with severe abdominal pain and later that day was diagnosed as having a large, inoperable tumour.  Although the tumour had probably been growing for years, it had not troubled her and had gone undetected.  Friday the 29th, around 5pm, she slipped away into the arms of her Lord Jesus while her eldest grandchild, Natasha, sat and held her hand.

A service celebrating Mum’s life will be held at St. Stephen’s Anglican Church, 10 Grosvenor Crescent, Saskatoon, at 11am Saturday, August 6th, 2022.  The service will be livestreamed on Zoom.  See link below:

Share Your Memory of
Kate
Upload Your Memory View All Memories
Be the first to upload a memory!
Share A Memory