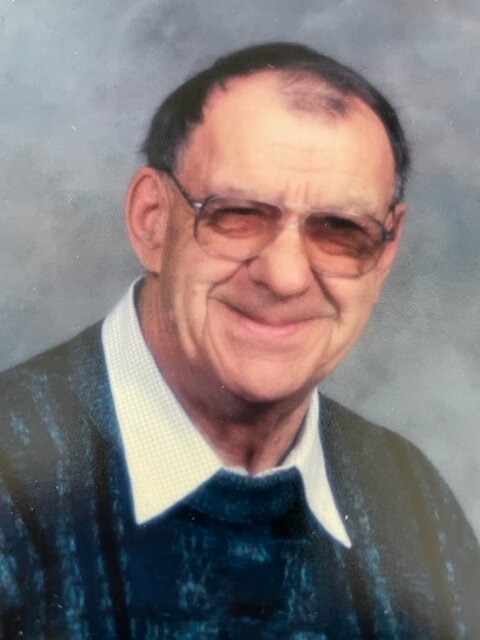 Nick was born on July 20, 1927 on the family farm east of Marcelin SK to Nick G. Bold and Maria (nee Galdau) Bold, who both emigrated to Canada from Romania in the early 1900s. Nick was a first generation Canadian and the youngest of eight children. He grew up on the farm and attended nearby Ottawa School. He married Martha Blushke of Langham SK in 1949; they lived and farmed in the Ottawa School District, where they had four children. Nick was a hard worker. He farmed with his brothers until the mid-1960s. Other jobs included log-cutting in Ontario briefly, nickel mining in Thompson MB, elevator construction in several SK towns, and being a machine operator and ‘jack of all trades’ for area farmers.

Nick loved hunting and liked driving the countryside to see the local scenery, animals, and crops. He enjoyed being with people and helping others. He was a smart card player and an excellent berry-picker – he could pick pails of Saskatoon berries in record time. He was a memorable character!  In later years, Nick moved into Marcelin for a while and then to Wheatland Lodge in Leask since 2015, where he received excellent care and passed away on August 4, 2022.

Nick is survived by his children, Ronald (June), Sharon (Michael Brokop), Leslie and Richard; by nine grandchildren and ten great grandchildren; and by many nieces and nephews. He was predeceased by his wife of 70 years, Martha, and his granddaughter, Alyssa, in 2021, by his parents and all his siblings: Stephen (Vera), Trian, Elena Little (Bill), Mary Schlauch (John), Teresa Lepine (Ed), Nikodem and Victor. Nick lived a long and full life, with both challenges and blessings. May he rest in Peace.

A celebration of life service will be held at Saskatoon Funeral Home on Sunday, August 7th at 10:30 a.m., with interment and a short graveside service at 2:30 p.m. at Marcelin Town Cemetery.

Share Your Memory of
Nick
Upload Your Memory View All Memories
Be the first to upload a memory!
Share A Memory