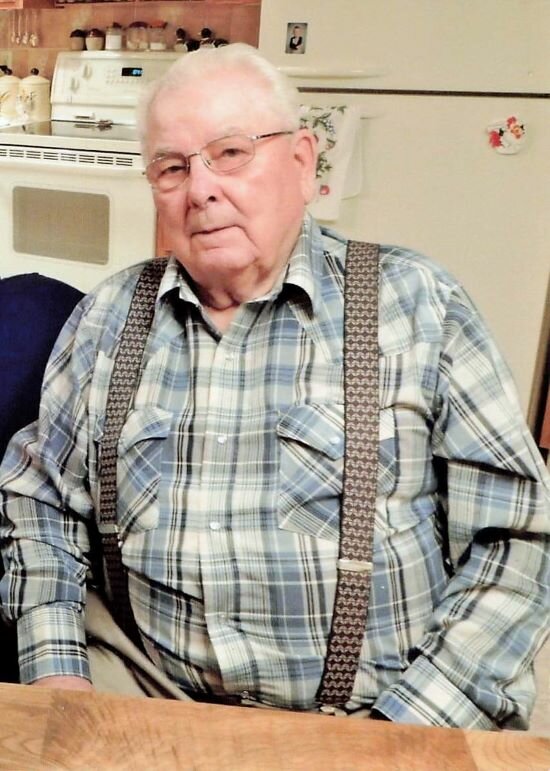 Peter Nemanishen of Langham, Sk, passed away peacefully on Friday, November 4, 2022, at the age of 94 years with family and his beloved wife, Irene, at his side

Peter was born April 29, 1928 and raised on a farm just SW of the Town of Langham, SK by parents Nick & Polly. Peter quickly learned the value of a hard days’ work; he talked often about how hard life was in those early years on the farm. Peter put 110% effort into everything he strived for, including winning the heart of his love, Irene, by purchasing an automobile, driving to B.C. and convincing her to marry him and return to Saskatchewan with him. He spent time throughout the province in a variety of employment, learning to operate machinery and pursuing his passion of earth-moving and digging in the dirt.

Peter and Irene were married in 1952; raised their 3 boys, Rick, Randy & Perry and spent their 70 married years together in the Town of Langham, Sk. In his earlier years, Peter enjoyed curling and coaching Minor Hockey in his spare time. In 1963, they incorporated their earth-moving business Nemanishen Contracting Ltd. From that moment on, Peter lived and breathed construction. He started with a single Dozer and the company has since grown to more than 60 pieces of equipment. He had a memory like a vault for all who would stop by the shop for coffee; recounting stories of the Borden Ice Bridge and hauling several hundred thousand meters of dirt across the frozen North Saskatchewan River and other specific details about the many highways and grid roads built across the province of Saskatchewan.
Peter prided himself on being a fair man; he believed fervently in a strong work ethic – working diligently to provide for his families’ needs and building up his home from a meager beginning. He taught the next generation this same work ethic and was pleased to see many of his family continue in the business. Even in his last moments on earth, he took great genuine joy in hearing how it was going on the job sites. His greatest achievement, however, was watching his children and grandchildren grow and provide for themselves and their own families.

In lieu of flowers, donations can be sent to the City Hospital Foundation.

A luncheon and interment will follow for all those who wish to attend.