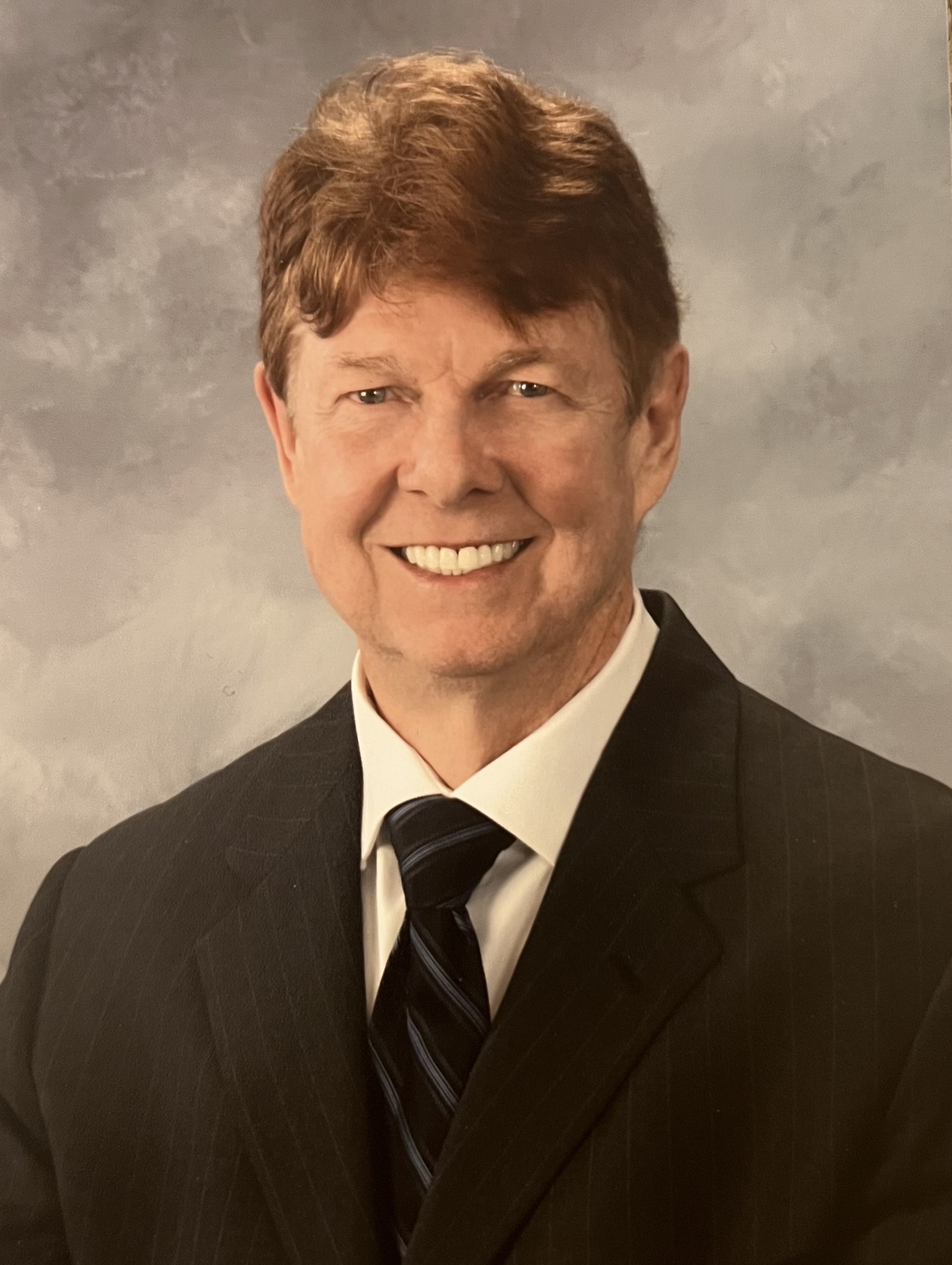 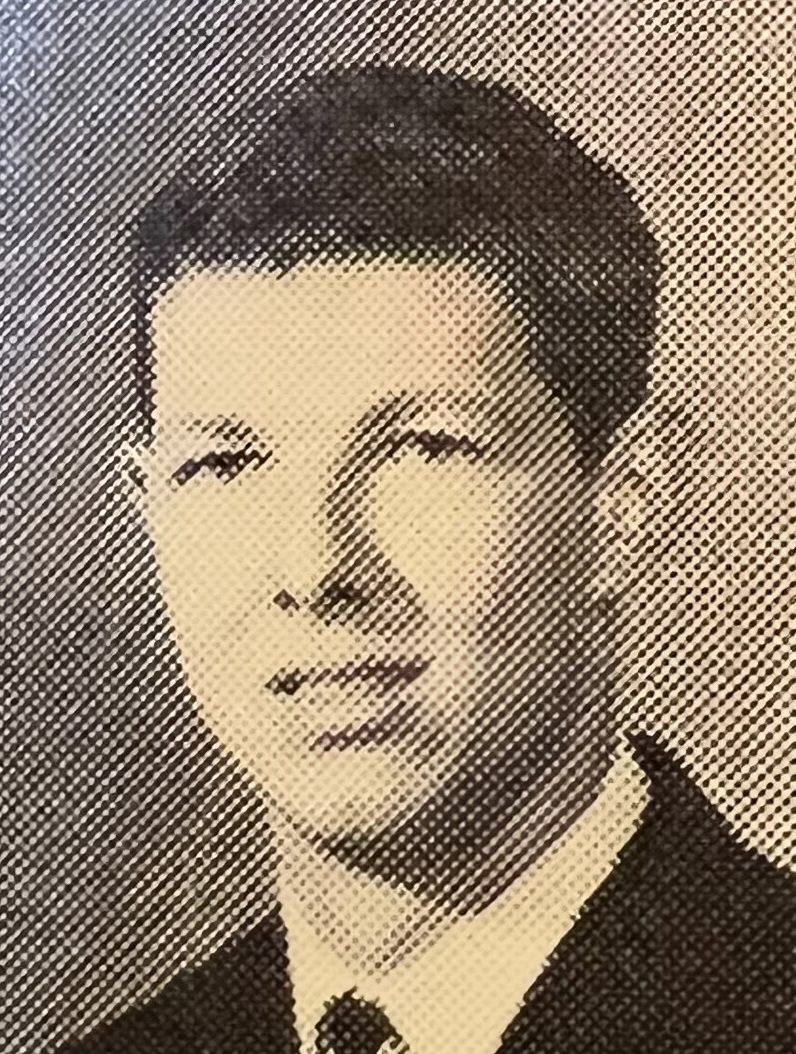 The family of Al Mulhall is deeply saddened to announce the peaceful passing of their husband, father, father-in-law, grandfather, and great grandfather after a valiant battle with cancer.

This lovable, bright, energetic man was the firstborn of eight children to Canadian RCAF (Royal Canadian Air Force) officer Victor Mulhall and British WAAF (Women’s Auxiliary Air Force) Winifred Platt in Altrincham, Cheshire, England. Vic remained overseas until August, 1947, serving as a Liaison Officer with MRES (Missing Research and Enquiry Service). After living in badly bombed London for two years, Vic, Win and Allan, travelled to Canada on the luxury liner converted to a troop carrier, Aquitania, in August 1947. They docked at Pier 21 in Halifax and then rode the train to Regina. They moved to Weyburn where Al happily grew up in a large, boisterous family. He enjoyed school, sports and playing on his high school basketball team. He enjoyed golfing in the summer (as a teenager with little means, he bought second-hand clubs and as a “leftie” taught himself to golf right-handed). He was grateful to his parents for the opportunity to attend U of S in Saskatoon.

Al and Di met and married in Saskatoon in 1968 where they raised their beloved children Lara, Tasha and Brad.

Al began his career at Allan Potash Mine, in 1968, as a process engineering technician and accepted a promotion to Plant Metallurgist in 1971. He was Plant Production Superintendent in 1974 and Plant Superintendent in 1978. He served as president of the Saskatoon branch of the CIM (Canadian Institute of Mining and Metallurgy). In 1986, he relocated temporarily to Lakeland, Florida as Owner’s Representative. Al went on to become Manager of Process Development in 1987 at head office and in 1991 became General Mill Superintendent at PotashCorp (later Nutrien) Cory Division. In 1997 Al returned to head office as Manager, Market Research and Director, Market Research in 1999 and Senior Director, Market research in 2005. Al retired from PotashCorp after 44 years. He greatly enjoyed going to work each day and was always amazed at the creativity and helpful cooperativity of his fellow employees.

Al is remembered for his sense of humour, and always being upbeat. He was strong-willed and when he had a goal, he made a plan and achieved it.

He enjoyed teaching Lara to ride a two wheeler on the grass outside our Main Street apartment and taking Lara to the old Phys. Ed gym when he was attending university. This is where Lara’s love of fitness started. Al weight lifted and continued going to the gym regularly up until 2 days before he was hospitalized in September. Even during his illness Lara and Al managed some workouts together in our basement. Al enlisted 13-year-old Lara in designing our unfinished basement and Lara was his helper when he built the backyard deck. Al and Di had the opportunity to help Lara’s grades 1 and 2 students learn to read. He valued learning and pursuing an education and loved to see the children learn and grow. Al was proud that each of our children obtained University degrees.

Al took Tasha to her speed swimming lessons and after looked forward to root beer at the A&W. He also looked forward to buying bedding plants together. Al liked to share his knowledge and when Tasha bought her first car and her first home, Al welcomed Tasha’s questions about car and home maintenance.

Al was honoured when Brad asked him to be his best man. After Al retired he travelled to Meadow Lake and enjoyed helping Brad and Tina with home improvements. He looked forward to helping Brad complete his income tax. Al had a silly side and Brad remembers Al losing himself in goofy interactions with others and laughing so hard to the point of tears.

Al joined Di in researching their genealogy and creating their family trees. They visited Ireland and Wales exploring their Celtic roots.

During his illness he was surrounded by his loving family and we shared many happy memories. His grandchildren Riley and Alex, took him for rides in his convertible and stopped for his favourite treat, KFC.

Al handled his illness with grace and without complaint. He was always appreciative and kind in dealing with his family and medical staff. His trademark farewell was always “lots of love”. We are so grateful to have many wonderful memories with Al in his last days and to also tell him that he too was loved.

Thank you to all the staff at RUH Emergency, Cardiology, and Oncology. The staff at St. Paul’s Palliative Care treated Al with compassion and dignity and made his end-of-life comfortable for him as well as his family.

A Celebration of Al’s life will be held at the Edwards Family Centre on Saturday, December 3, 2022 at 1:00 pm with parking available at Saskatoon Funeral Home. Interment will take place at private family committal service at Woodlawn Cemetery.

Share Your Memory of
Allan
Upload Your Memory View All Memories
Be the first to upload a memory!
Share A Memory