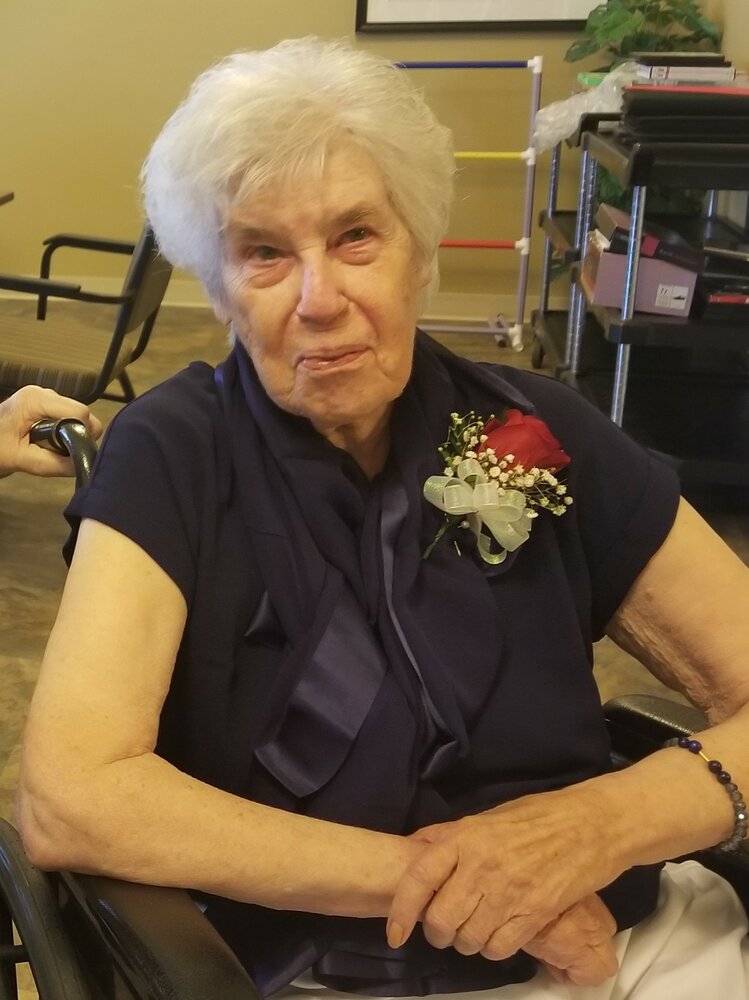 Mildred Agnes Pearen was born at 1 a.m. on September 4, 1930 at Crescent Hill Farm in the Squirrel Hills district, southwest of Indian Head, Saskatchewan. She was the fourth and youngest child in her family who enjoyed growing up on the farm and playing with her sisters and brother.  Times were difficult in Mildred’s early years, with a global economic depression combined with a devastating drought in the prairies. The Pearen family was grateful, though, as they faired better than many and always had lots of home-grown food to eat. At age 19, Mildred was recruited to teach at the Katepwa Lake Brick School, in the Qu’Appelle Valley, with no formal teacher training, having grades one to ten all together in one classroom. Mildred later took teacher training at the Normal School in Moose Jaw and attended summer school at the University of Saskatchewan. It was at this time that she met Bill Sexsmith, where they quickly fell in love and married a year later.

Mildred and Bill spent the first year of their marriage teaching school in Birch Hills, followed by a year teaching in Yorkton before settling in Prince Albert.  Mildred was a stay-at-home Mom, raising four children. She had a gift of caring for young children and was a second Mom to many in the neighbourhood. Mildred taught adult typing classes for many years and was very respectful of anyone who came with their own learning goals. Mildred became very involved in Camp Tapawingo at Candle Lake, and served on the camp board and as a camp leader for close to 15 years, with her own children and grandchildren going on to attend and counsel at the camp.

When Mildred’s grandchildren came along she was a very dedicated grandmother, showing once again that family was the most important thing to her, attending a number of piano festivals, graduation ceremonies, soccer and hockey games, birthday parties and camping trips. She spent endless hours with her grandchildren, baking, crafting, singing and playing music on various instruments. She never missed sending a weekly letter or card, an email or a phone call to her children and grandchildren. Mildred’s love of music, stories and traditions were a string that wove through every aspect of her life, and now continue to live on in her children, grandchildren, and great-grandchildren. Christmas was Mildred’s favorite time of year, always excited to see family and friends enjoying the warm food and music inside, as well as the tobogganing, skidooing, and skating outside.  During the last years of her life she became a great-grandmother of two, and while she couldn’t spend much time with them, she kept a collection of their pictures that always brought a smile to her face. She was excited to hear that there was a third great-grandchild on the way, and got this news shortly before her passing.

Mom and Dad lived independently until age eighty-eight when a fall caused a need for fulltime care. Mom then moved into Stonebridge Crossing Personal Care Home in Saskatoon, where she was very content with her activities and many visits, even though she was limited in her abilities. Her warm smile and deep appreciation for life continued. The staff at the care home were always grateful for her warm and loving presence.
Mom will be remembered as a woman of great faith and love, strength and positivity, who always greeted family and friends with hugs and smiles. She is deeply missed and she will always hold a special place in our hearts.

Service Details to be announced at a later date.